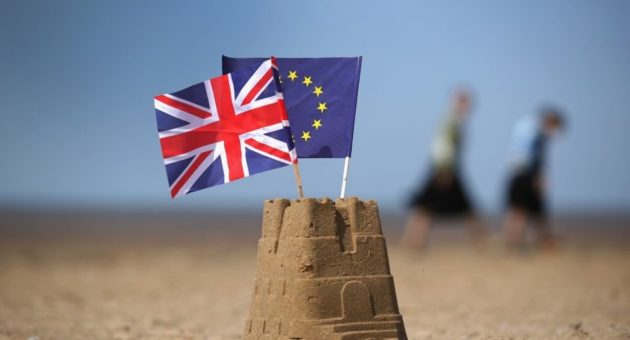 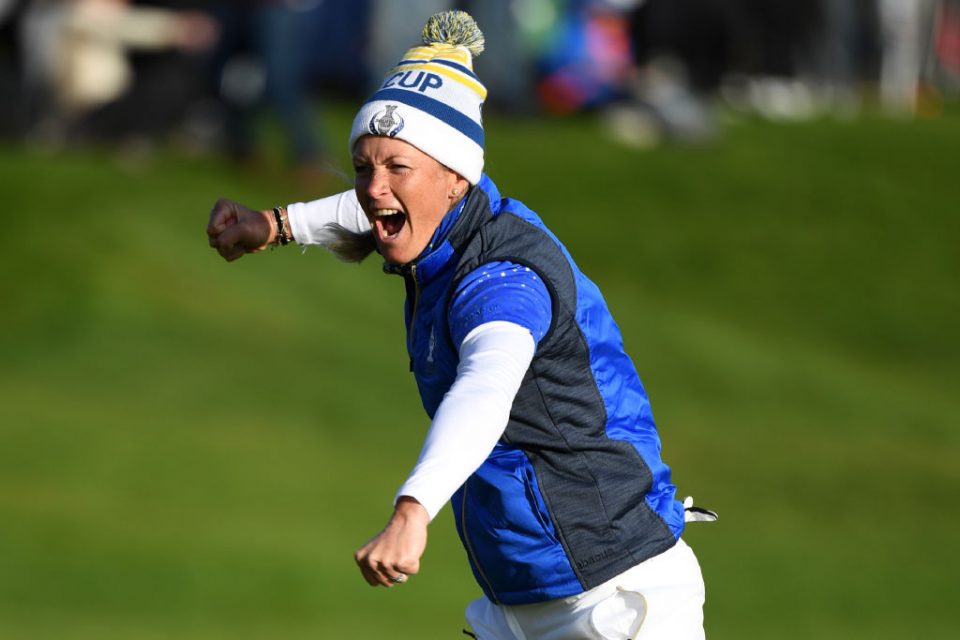 It has been a big week for many people in golf but none more so than those involved in an extraordinary Solheim Cup.

Europe’s 14½-13½ win over the United States at Gleneagles was exciting beyond belief, up there with any finish that the men’s or women’s game has ever seen.

First, Bronte Law looked to be in trouble in her singles match with Ally McDonald when she found a bunker at 15 but managed to halve the hole and avoid going one down with three to play.

Read more: Rory McIlroy has reminded golf what he can do

Law then won 16 and 17 to beat McDonald 2&1, meaning it would come down to Suzann Pettersen’s match with Marina Alex.

Pettersen – a wildcard pick by Europe captain Catriona Matthew after taking a year out to have a baby – was also magnificent.

At 16, she had to follow Alex’s third shot to within six inches of the pin and duly chipped it stone dead. Then when both hit good shots into 18 it was Petterson who rolled in a birdie to clinch the match and the cup.

The whole three days of competition was a huge advertisement for women’s golf. We know how good they are and they showed it.

We shouldn’t forget that the Americans, who had six rookies in their side, played fantastically well but Europe were just too strong.

As a team, they gelled brilliantly. Representing your continent on home soil, there is an almost indescribable pressure – and they were up against opponents who, on paper, were much stronger.

But, as we’ve seen before in Solheim and Ryder Cups, it doesn’t matter what it says on paper or who is ranked higher. It is about who stands up on the day.

At one point during Saturday afternoon the US were ahead in all four of the fourballs and poised to take an almost insurmountable three-point lead into Sunday’s singles. Europe rallied, though, and finished Saturday 8-8. That was huge.

You don’t want to highlight individuals too much, but England’s Georgia Hall showed so much grit to finish with four points – joint top-scorer on either team.

She made a bad start every day but dug in and proved her class by beating world No3 Lexi Thompson 2&1 in the singles.

Pettersen announcing her retirement after winning the Solheim Cup for Europe was a great story too. I think she still has plenty to offer the game but she wants to bring up her child and of course that’s a very personal decision. What a way to finish.

Ultimately, Europe’s win was testament to Matthew’s quality. Players need no motivation on these occasions but they can give an extra few per cent for an inspirational captain, and she was fabulous.

Glory for Garcia and Niemann

It has been a dry season for Sergio Garcia but he will be delighted to be back in the winner’s circle following his success at the KLM Open in Holland on Sunday.

This will be an injection of positivity, a reminder that Garcia can still do it. We saw him finish strongly last year and it would be no surprise if he carried this into the final few weeks.

There are some big events still to come, such as this week’s PGA Championship at Wentworth, and Matt Wallace will also go into them with confidence after playing his last two rounds in a combined 13 under par to finish third behind Garcia.

Finally, it was good to see Joaquin Niemann become the youngest foreign winner on the PGA Tour for 96 years.

We have heard lots about the 20-year-old from Chile and it is nice when a former amateur No1 translates that into winning in the pro ranks so quickly.