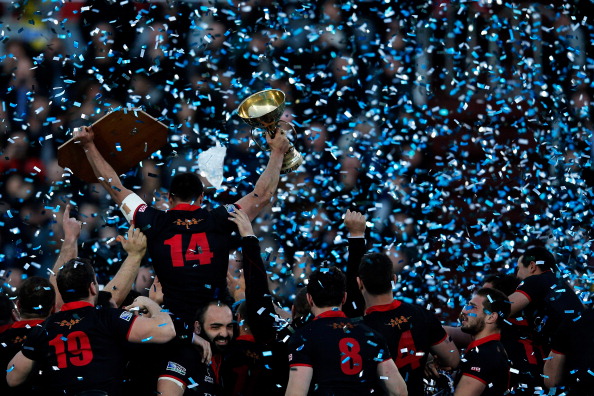 Georgia have spent the better part of a decade stuck in European Rugby’s no man’s land, wedged under the glass ceiling that separates them from the continent’s elite.

Currently, their primary competition is the Rugby Europe Championship, the second tier beneath the far more prestigious Six Nations. Georgia have won nine of the last 11 editions – in their eyes, it is a competition that they have far outgrown.

Head coach Milton Haig has made no secret of his desire to join the Six Nations. Georgia feel they have earned it: they are ranked two places higher than Six Nations minnows Italy. However, the ring-fenced competition does not seem to want them.

No one expects Georgia to cause any major ripples at the upcoming World Cup, but they have as much to prove as any team in the tournament. It is an opportunity that surfaces once every four years to demonstrate they deserve a seat at rugby’s top table.

Georgia’s nickname, the Lelos, draws attention to rugby’s remarkable similarities with the ancient Georgian game of Lelo Burti, a full-contact sport in which men from opposing villages would try to carry a ball to the enemy’s side of a river creek.

Although the fundamentals of rugby are therefore rooted in Georgian folklore, they did not establish a national team until after declaring independence from the Soviet Union in 1991, and gained World Rugby membership in 1992.

Read more: Richmond, Cornish Pirates and how the growing gap between Premiership and Championship rugby is threatening clubs’ finances and professional status

The story goes that in the mid-1990s the team owned only two rugby balls and practised with homemade tackle bags. But a rapid rise over the last decade saw them finish third in their group at the 2015 World Cup, qualifying automatically for the upcoming tournament for the first time in their history.

Whereas established nations tend to focus on flashy, technical backs, the Georgians are famed for producing brawny, scrum-specialist forwards. Such is the strength of their pack that Eddie Jones has had them train with his England squad during Six Nations fallow weeks for the last two years.

Their improvement has not gone unnoticed at home. Rugby is now the second most popular sport to play in the country and is thought to be the most popular to watch – the Lelos frequently draw crowds over 50,000 to their home games.

Despite calls for a promotion-relegation system in the Six Nations that would give Georgia hope of participating, Six Nations chief executive Ben Morel has been insistent that no major changes will be made in the near future. The common perception is that it would make little commercial sense to replace Rome as a host city with Georgian capital Tbilisi.

It would also bring logistical difficulties in that Tbilisi is at least a six-hour journey from most Six Nations members, with direct flights only going from London three times a week.

Read more: Shane Williams interview: ‘This is the strongest Wales squad I’ve ever seen. They need this World Cup.’

They are a victim of their location. Their only geographically close rivals are Russia, who, despite Georgia’s animosity towards them, are far inferior.

The World Cup, therefore, provides them with a rare opportunity to play back-to-back games against Tier One nations, a valuable opportunity considering they usually do so only once a year.

They have been placed in Group D with Australia, Wales, Fiji, and Uruguay. Grand Slam champions Wales offer little hope of an upset, but the Georgians may find more encouragement from an Australian side considered weaker than usual.

If they catch the Aussies on a bad day, the Lelos pack can do some serious damage, spurred on by the strong message they want to send to the established order of the rugby world.