Richmond, Cornish Pirates and how the growing gap between Premiership and Championship rugby is threatening clubs' finances and professional status 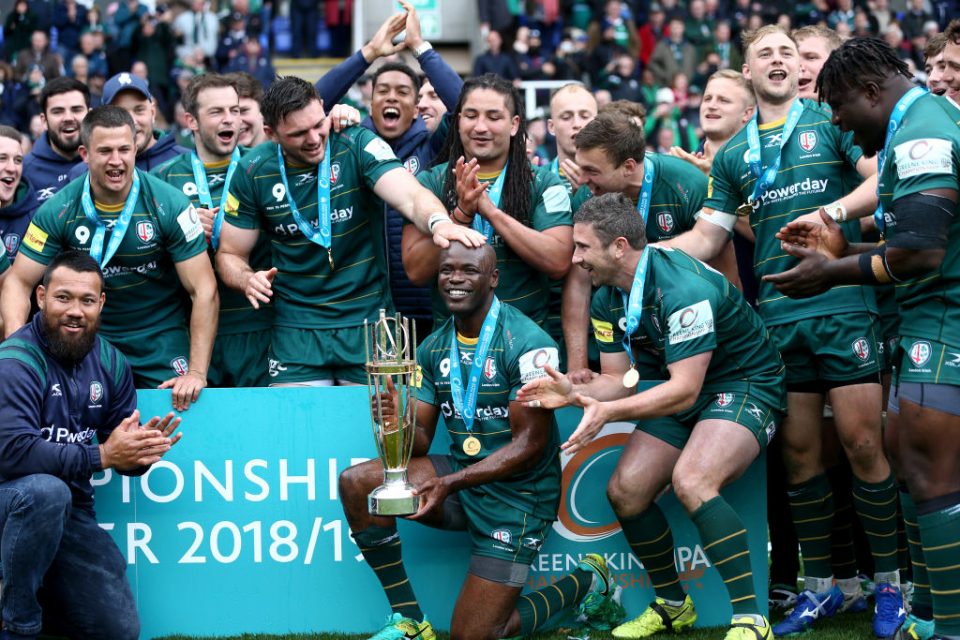 They were faced with a stick-or-twist decision: hire an entirely new squad of full-time players and try to compete, or reward their existing part-timers with the opportunity to compete against the pros.

At face value, recruiting a professional squad would appear to be an unmissable opportunity for Richmond to progress as a rugby club.

However, the Championship is a notoriously difficult financial minefield to navigate – and one that continues to push its members to the brink.

Taking financial responsibility and player loyalty into consideration, Richmond opted to compete as an amateur club in a professional league.

Read more: Shane Williams interview: ‘This is the strongest Wales squad I’ve ever seen. They need this World Cup.’

“We are a rugby club that is a club, not just a team,” director Ian Capon tells City A.M.

Their Championship stint lasted until this summer and was shaped as much by the recklessness of others as it was by their own caution.

In their first season, they avoided a relegation battle after London Welsh were liquidated mid-season.

Richmond were eventually relegated at the end of last season, although there remained a chance of reinstatement while officials considered the fate of financially stricken Yorkshire Carnegie, who have sinceescaped expulsion but received a 28-point penalty for next season.

“If you read some of the stories that are going on in the Championship, it’s appalling,” Capon says.

The central dilemma for these second-tier professional clubs is that their running costs far outweigh the £620,000 they receive each year from the Rugby Football Union.

Considering that Championship games tend not to draw big crowds, it is almost impossible to avoid making a loss.

Nor can most sides hope for financial salvation through promotion. Currently, only two Championships clubs meet Premiership entry criteria that requires teams to have a stadium with a capacity of at least 10,000.

Such is the financial disparity between the two leagues, meanwhile, that whenever a Premiership team is relegated they usually bounce straight back up.

Four of the last five relegated teams have won the Championship the following year. In the last three seasons, relegated sides have lost only four games altogether.

One team hoping to buck that trend are Cornish Pirates, whose Stadium for Cornwall project proposes to build the county’s first major sports arena by 2021 and unlock an untapped market.

“We’re looking to be a catalyst for top sport in Cornwall, and not just in rugby,” chairman Dicky Evans tells City A.M. “We’re looking at the nearly 600,000 people in Cornwall and hoping to draw some big crowds.”

Evans is aiming to replicate Pirates’ closest neighbours, Exeter Chiefs, by breaking the Premiership-Championship mould in a sustainable manner.

It is worth noting that the Chiefs, who were promoted in 2010, own and regularly pack out their stadium, Sandy Park.

Private equity firm CVC’s acquisition of a 27 per cent stake in the commercial arm of Premiership Rugby, a deal which handed each top-tier side an £18m windfall, is set to make promotion an even more distant possibility for Championship clubs.

It has also reignited debate about ringfencing the top division – protecting the 13 shareholding teams from a season languishing in the cash-strapped Championship.

For the more ambitious members of the second tier, such as Cornish Pirates or Ealing Trailfinders, it’s a threatening prospect.

Considering that a non-shareholding team has not been promoted since 2014, however, how much would it actually change?

According to Evans, “there’s a foggy ringfence that has been there for many years – the ground criteria and club financing.”

Talk of abolishing relegation has been shelved for now, although there is a pending proposal to expand the Premiership to 13 teams that will be voted on in September.

If that is passed, the winner of the Championship will have to beat the Premiership’s bottom team in a play-off to secure promotion.

Were Premiership sides to consistently win that play-off, the top tier would move closer to being effectively ringfenced.

Maybe then, with little hope of promotion, Championship sides may follow a similar path to Richmond, throwing the league’s long-term professional future into doubt.