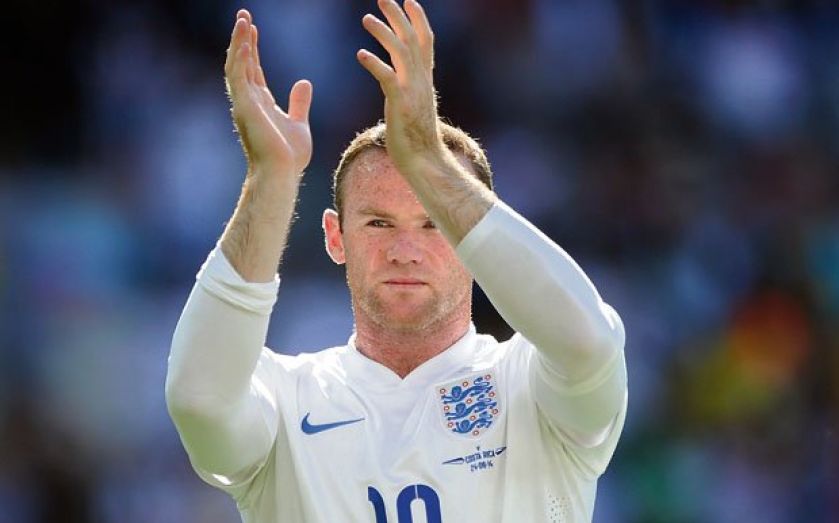 ENGLAND coach Roy Hodgson insists he is still prepared to drop Wayne Rooney if he underperforms despite naming the Manchester United striker captain of the national team.

Rooney, who will lead the team in forthcoming matches against Norway and Switzerland, was the obvious choice to succeed Steven Gerrard, having won 95 caps – more than twice as many as any remaining team-mate.

Yet his appointment comes just months after Hodgson faced sustained calls to drop the 28-year-old, who has frequently failed to muster his best form at major international tournaments.

Hodgson admits Rooney’s elevation will further safeguard his place in the starting XI but defended the decision and pointed to Manchester City goalkeeper Joe Hart and Chelsea defender Gary Cahill as able deputies.

“That’s a tricky one with captains. Making a player captain makes it a lot harder to drop him but I don’t think he would expect me, if he’s not playing well, to keep him just because he’s the captain,” he said.

“Joe Hart and Gary Cahill play in the Champions League and I think it would be hard to say Wayne was the only choice, but if I’d chosen one of those other two that would be unfair on Wayne Rooney.

“I think for most people it was his time, it was his moment and it would be a mistake to overlook him.”

Hodgson said he had not been deterred by Rooney’s disciplinary history, but conceded the player would “have to accept that as an added part of the pressure”.

Rooney said he would seek advice from Gerrard, who retired after this summer’s World Cup, as he prepares to lead England in Wednesday’s friendly against Norway and the team’s first Euro 2016 qualifier in Switzerland five days later.

He added: “I would hope that I have the full backing of the fans, I am their type of player. My only thought is to win and give everything I have got, and that desire will be the way I want to captain the team.”

Hodgson, meanwhile, insists the future is bright despite England’s worst World Cup performance from more than half a century and his selection of a callow squad featuring four uncapped players: Arsenal defender Calum Chambers, Tottenham full-back Danny Rose, and midfielders Jack Colback, of Newcastle, and Fabian Delph, of Newcastle.

Calum Chambers: 19-year-old defender broke into Southamton team last term and has looked accomplished since £16m summer move to Arsenal. Can play at right-back or in central defence

Danny Rose: Tottenham left-back has had to fight for top-flight football, spending a year on loan at Sunderland before finally becoming a Spurs regular last term. Called up amid injuries to Luke Shaw and Kieran Gibbs

Jack Colback: Newcastle midfielder who riled Sunderland fans by defecting to local rivals in summer. Hodgson referred to Colback, 24, “the Ginger Pirlo”, and may get chance after retirements of Gerrard and Lampard

Fabian Delph: Aston Villa midfielder took time to fulfil teenage promise following £6m move from Leeds five years ago but has had strong 18 months. Another benefitting from shortage of candidates