Retail’s Super Thursday: The good, the bad and the ugly 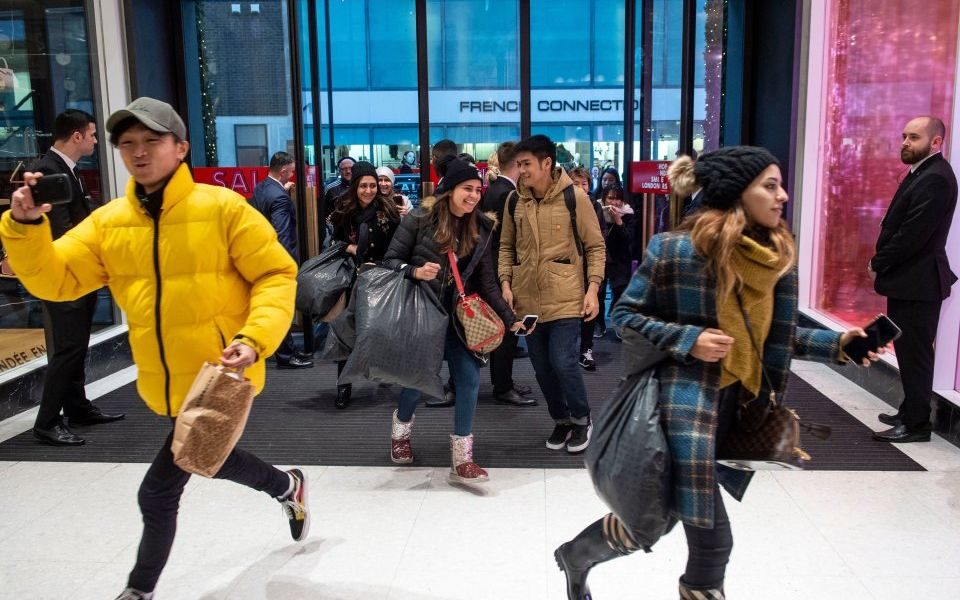 Today's so-called Super Thursday delivered a very mixed shopping basket of retail results, from some fresh bargains ready to be snapped up to others in danger of being labelled as out of date.

Tesco, John Lewis, DFS, Debenhams and more released their results on a day dubbed Super Thursday, but which coincided with a dire warning about the state of the UK’s high street.

After 125 retailers shut shop in 2018, the British Retail Consortium warned today that UK stores experienced their worst Christmas trading period since the height of the financial crisis.

Heavy Black Friday discounting online tempted shoppers away from the high street as traditional retailers struggled to compete with the likes of Amazon.

Meanwhile retailers also blamed uncertainty around the outcome of Brexit for a fall in consumer spending, with people spending three per cent less on clothes and 6.3 per cent less in department stores, according to Barclaycard data.

While Tesco benefited from a Christmas shopping splurge to cement its position as the UK’s biggest supermarket as discounters Aldi and Lidl eat into UK grocers’ market share, others fared less well.

John Lewis recorded a rise in sales, but warned that staff may not receive a bonus for just the second time in the partnership’s history.

And the wheels appeared to come off at Halfords, where the bicycle retailer saw its share price crash by 22 per cent as it warned on profits.

Here we round up the good, the bad and the ugly on retail’s Super Thursday.

Despite admitting it is stockpiling goods to prepare for a no-deal Brexit, Tesco reported a 2.6 per cent rise in like-for-like sales over the Christmas period, including delivering its biggest ever week of online sales, in which it shipped 51m items over 776,000 orders.

Furniture retailer DFS reported underlying sales growth of 10 per cent today, but kept its full-year profit expectations steady as it warned on “broader political and economic uncertainty” that could affect overseas shipments.

Goods wholesaler B&M countered the high street’s doom and gloom narrative by opening 20 new stores between September and December, while UK sales grew by 4.5 per cent to £874.5m.

“The business’s ability to manage profitability through uncertain trading conditions is testament to the resilience of the business model and the strong operational controls we have in place,” said chief executive Simon Arora.

British high street titan M&S fared poorly over Christmas as it struggled to find the right recipe for its food offering and couldn’t pick quite the right outfit in its clothing department.

Sales for both divisions fell by 4.8 per cent and 1.2 per cent respectively, with overall group sales down four per cent to £3.04bn.

Britain’s beloved department store soothed analysts last week when it reported a double-digit rise in festive sales thanks to a post-Christmas clearance.

However, while the partnership grew revenue by 1.4 per cent over the Christmas quarter, it warned that profits will be “substantially lower” this year owing to a margins squeeze, leading to it warning staff that they may not receive a bonus for the first time since 1953.

The wheels appear to have come off at the bicycle retailer, which blamed mild weather and weak consumer confidence for a profit warning.

Shares crashed on the news, with the revised profit guidance up to £13m lower than investors had expected Halfords to bring in.

Debenhams’ share price fell to an all-time low of 4.87p after Christmas capped a torrid year for the UK’s struggling department store.

Like-for-like sales fell 5.7 per cent compared to last Christmas, and the retailer said it plans to meet its £8.2m profit guidance by removing another £80m in costs.

The chain admitted it is still holding “constructive discussions” with lenders over refinancing.

New boss Sergio Bucher, who bought 1.2m shares in November, claimed the firm’s “robust” business plan would see it right, but analysts claimed the company’s business model is no longer relevant in a modern retail environment.

Perhaps too many people on either side of the Brexit debate had crossed one another off their Christmas card lists – Card Factory’s like-for-like sales fell slightly in the year to the end of December, after growing the year before.

Sales growth also slipped, falling compared to the year before and sending shares down.