Flying saucers could soon jump from the realms of science fiction to reality, thanks to an invention by Nasa's jet propulsion laboratory.

With its inflatable heat shield and circular shape, the Low-Density Supersonic Decelerator (LDSD) looks just like something you might see in Star Trek, except it is real and could one day take us to Mars. And no, this isn't an April Fool's. We checked. Twice.
Why the saucer shape? It's meant to help increase drag and therefore slow the vehicle as it touches down on the red planet. It also has one of the biggest parachutes ever flown, to help it overcome strong forces and decelerate from a supersonic speed to a subsonic speed (faster and slower than sound). 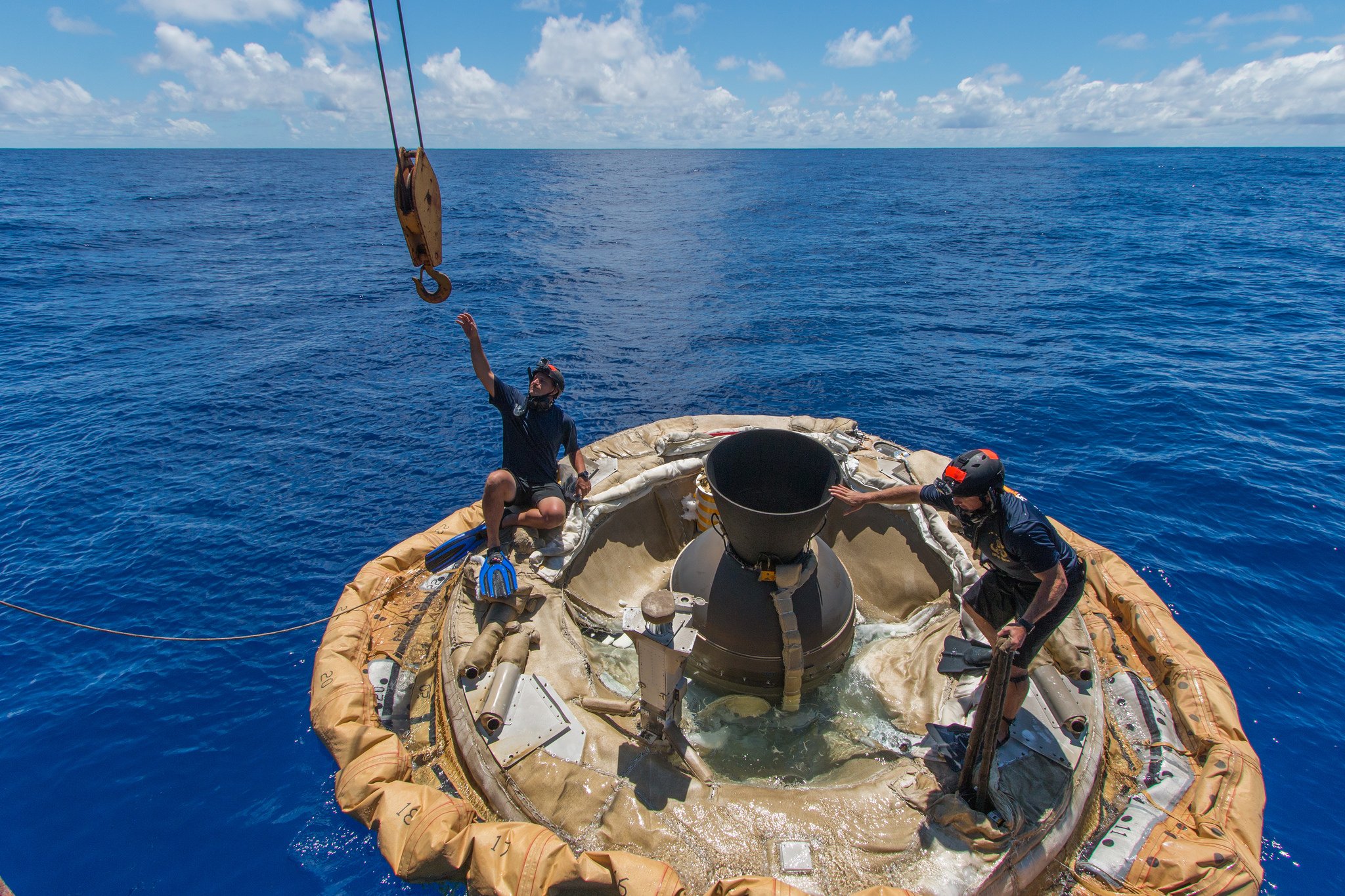 It will be able to land in water (Source: Getty)

In June this year, a test flight of the rocket-powered vehicle will take place at the Pacific Missile Range Facility in Hawaii. But before that can happen some final touches must be made, and two days ago a team in Los Angeles carried out a spin test on the machine, to ensure it will be able to fly without wobbling.
The initial purpose of the LDSD will be to take heavy payloads to the red planet, but humans would hopefully be the next stage.
‘The LDSD crosscutting demonstration mission will test breakthrough technologies that will enable large payloads to be safely landed on the surface of Mars, or other planetary bodies with atmospheres, including Earth,’ Nasa said in a statement.
‘The technologies will not only enable landing of larger payloads on Mars, but also allow access to much more of the planet's surface by enabling landings at higher-altitude sites.’