Amazon owner Jeff Bezos has unveiled plans to send a spaceship to the moon by 2024 in his latest attempts to become a leader in space exploration.

An unmanned rocked, called Blue Moon, will be around the size of a house, and carry four rovers and other scientific equipment to the moon, he said.

Bezos, who is the richest man in the world, presented his latest plans for his space exploration company Blue Origin at the Washington Convention Center in Washington DC.

He also said that his space firm could help NASA meet its target to put astronauts back on the moon by 2024, with a number of officials from the organisation present in the audience.

He said: "We can help meet that timeline but only because we started three years ago." 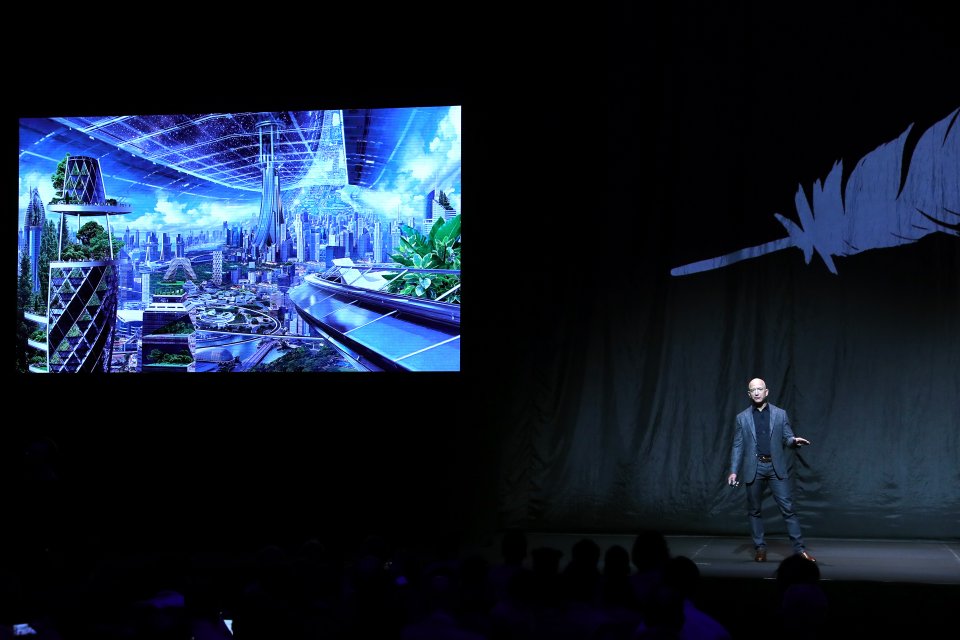 Bezos wants to be a leader in space exploration and has spoke of the importance of colonising space (Source: Getty)

The Amazon tycoon's company is also developing a rocket, named New Shepard, for short-space tourism, as well as a heavy-lift launch rocket for satellite launch contracts.

The latter, called New Glenn, is scheduled to be ready for 2021, while the New Shepard could send humans into suborbital flight later this year.

Bezos has continually spoke of his desire to colonise space, believing it is important for the future of humanity, but said that reducing launch costs and using resources from space would be vital to that.

Read more: Stockwatch: When you should buy Amazon and Microsoft

"One of the most important things we know about the moon today is that there's water there," he said.

"It's in the form of ice. It's in the permanently shadowed craters on the poles of the moon."

He is hopeful of becoming a leader in space exploration and winning business from the US, but faces competition from Elon Musk's SpaceX and Richard Branson's Virgin Galactic as the space race continues.