Futuristic entrepreneurs are helping us reach for the stars 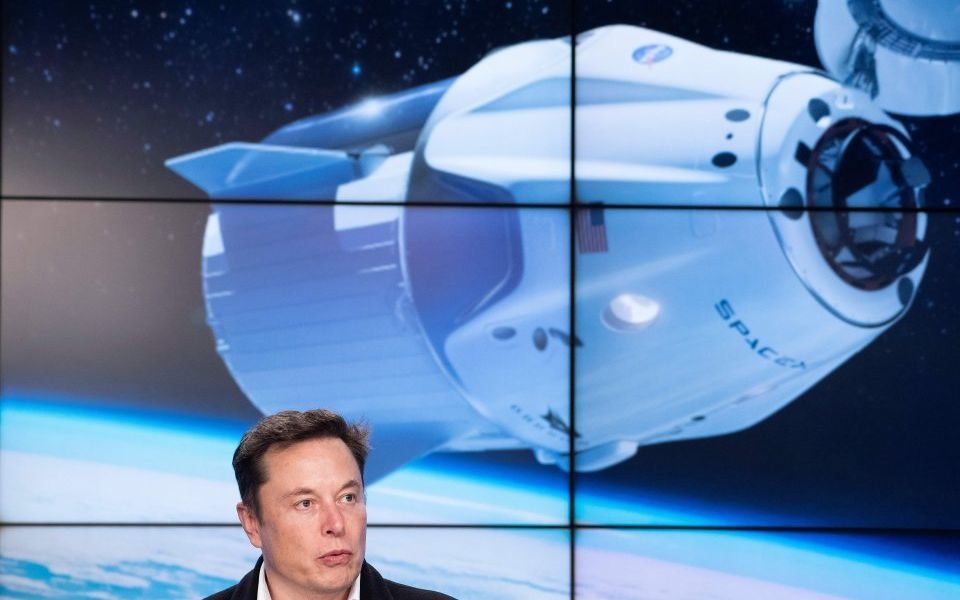 Houston, there is no problem. America is back in the space race.

“We’re really at the forefront,” says US President Trump. “Nobody is doing what we’re doing.”

He’s right. But in a break with tradition, the US is now leaning on its entrepreneurs, rather than the Federal Reserve, to fund its interplanetary aspirations.

The latest giant leap belongs to the intrepid Elon Musk and his SpaceX mission. The launch of its privately built Crew Dragon capsule earlier this month opened “a new era in American excellence”, according to the head of Nasa.

And in February, SpaceX’s Falcon managed its first safe re-entry. In doing so, it went straight into the record books at warp-speed as the most powerful operational rocket in the world.

Hot on the tail of the SpaceX and Tesla founder are Amazon’s Jeff Bezos and his Blue Origin venture and Sir Richard Branson’s Virgin Galactic, both seeking to take tourists to the edge of space.

The President’s response to the baton being handed over from public to private? It’s “better than us paying for them”. Not least, he said, because of the finances. “If the government did it, the same thing would have cost probably 40 or 50 times that amount of money.”

Again, he has a point. SpaceX lists the price of a Falcon 9 rocket launch as $62m, which is a phenomenal saving on the funds that past US governments ploughed into space exploration.

Remember it was President John F Kennedy who framed the dream of “landing a man on the moon”, and then commissioned Apollo with eye-watering amounts of public money.

According to John Logsdon, former director of the Space Policy Institute at George Washington University: “in 2010 dollars, the Apollo project cost $151bn; by comparison, the Manhattan Project cost $2bn and the Panama Canal, $8.1bn.”

Successive governments signed a lot of cheques to keep the US up in space, but the state could only go so far. Indeed, in recent years it seemed that the dream was dead – until entrepreneurs took up the torch.

And let’s come back down to earth. From the prospects of the 100-year life to cures for cancer and the search for singularity, enterprise is increasingly the driver of positive progress and uplifting change for more and more of us.

Yet, if you dip into science fiction, you’ll know that all too often the private sector is the proverbial bad guy. Check out the dystopian future of Blade Runner or Alien, and it’s an evil corporation that sits at the heart of inter-galactic havoc.

The state, in contrast, is more often than not portrayed as the benign force. Take the new Netflix revamp of Star Trek – a smorgasbord of public ownership wrapped up in a cuddly federation of planets.

But the truth needs to stand in the way of a good story. If you’re looking to those with the most optimistic vision of our future, you’ll probably find it in business.

That’s not to say that business doesn’t have its villains, but rather that every time a politician makes a grandiose statement about the future, it’s more than likely from here on in to be a game-changing entrepreneur that turns the rhetoric into reality.

The United Nations could therefore do well by driving the idea that the way to deliver the Sustainable Development Goals is to ally them to the future talents, passions and vision of our entrepreneurs.

Governments and activists should be celebrating the hope that, someday soon, a billion-dollar unicorn could be a purposeful and profitable solution to some of our greatest challenges.

If you believe that capitalism is a curse, this is isn’t the column for you. But you might want to park the prejudice.

In a world where the World Bank has estimated that 69 of the globe’s top economies are corporations, it’s in all of our interests that business delivers on its potential as a positive force for change.

From this vantage point, even space exploration could – in the long run – seem like one of the more limited breakthroughs that next generation capitalists could deliver.

Think instead of pressing problems closer to home that could have an innovative commercial answer – like the reversal of global warming through the replacement of carbon fuels, or the end to the blight of plastic through new degradable technologies.

Back to President Trump once more. “Rich guys, they love rocket ships,” he said. Just over a century ago, two young entrepreneurs, the Wright brothers, had the same seemingly privileged hobbies to do with the novelty of flight and the gumption to make a dream come true – which we have to thank for commercial air travel.

So, next time you buckle up in a 747 or a Dreamliner, rest easy that it was an entrepreneur’s dream that made it happen.

And don’t stop there, because it will be entrepreneurs, seeking to boldly go to infinity and beyond, who will be the reason why a great many more of us will soon be able to reach for the stars.