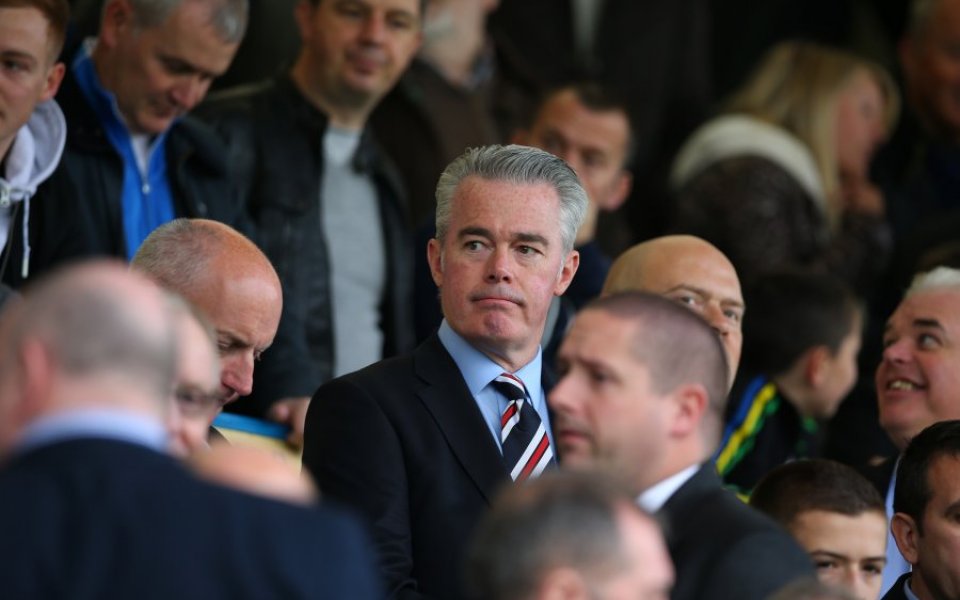 Rangers are in the final stages of paying back an outstanding £5m loan to Mike Ashley's Sports Direct retail company, director Paul Murray has confirmed.

Ashley made a £5m loan to the club in January when his associates Derek Llambias and Barry Leach were on the board.

Initially, the new board opted not to repay the loan until Ashley renegotiated his 49 per cent control of Rangers' retail business – but reneged on that decision at a recent AGM.

Murray insists it remains the club's intention to repay Ashley and says the money has already been deposited with its solicitors.

Speaking to the BBC, he said: "We said at the AGM that our intention was to repay the £5m loan.

"What I can say factually is that we've deposited £5m with our solicitors – as and when the legal documentation is in place, the loan will be repaid. It's as simple as that."

He also added that manager Mark Warburton could expect reinforcements in the January transfer window as the club pushes for promotion back into the Scottish Premiership.

"Our priority is to get promotion and we're confident of doing that," he said.

"We don't want to waste money and people would criticise us for doing that. Equally, promotion is the absolute focus. If we think we have to strengthen the squad then we'll do that.​"