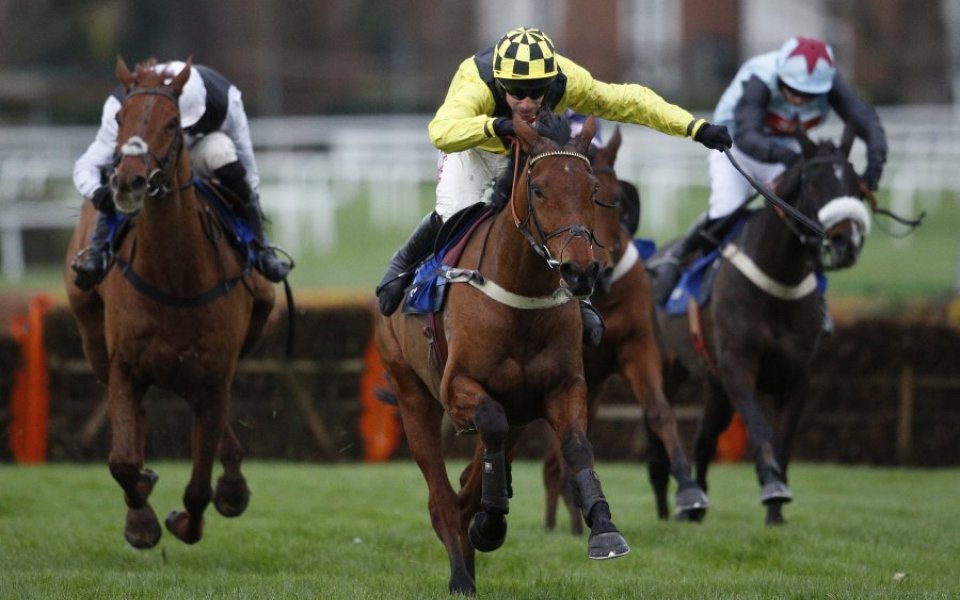 Trainer Alan King’s fine season can continue at Kempton on Friday when he saddles LABEL DES OBEAUX in the novices’ hurdle (1.35pm).

The five-year-old found Grade One company a little too hot when finishing a well-beaten third to Barters Hill in the Challow Hurdle at Newbury over Christmas.

He should prove very hard to beat now stepped backed down in class, despite being burdened with a penalty for his Grade Two success at Sandown on his penultimate start.

Nicky Henderson’s What’s The Scoop looks the biggest danger to my selection and was well-fancied on his hurdling bow at Ascot when finishing third behind Krugermac.

He’ll strip fitter today and will be a threat getting 7lb from Label Des Obeaux.

Only a field of four go to post for the Graduation Chase (3.15pm), with last season’s Arkle third Josses Hill looking the most likely winner getting weight from his rivals.

That said, he took a crashing fall at Sandown on his seasonal reappearance and I’ve just got a worry that may have dented his confidence. A race to watch.

A better bet looks to be Ben Pauling’s SILVERGROVE in the three-mile handicap chase (3.50pm).

He’s been raised 6lb by the handicapper for winning over further in a similar contest at Newbury at the back end of last year.

Neither the trip nor ground will be an issue and he was an easier winner last time than the narrow margin suggests. As he makes his ascent up the handicap, Alan King’s Ned Stark continues on his descent and is back down to a competitive mark.

He looks the biggest threat if on a going day.