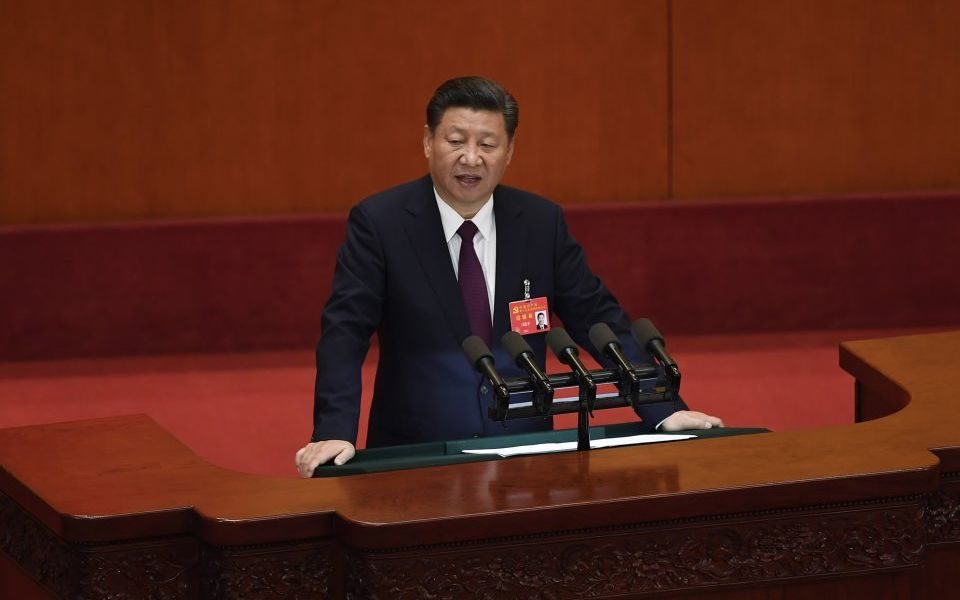 Following the opening of the 19th National People's Congress in Beijing, our chief economic strategist Gerard Lyons gave his personal view on President Xi's main speech. Our investment committee keeps fully abreast of global affairs, both in terms of the opportunities they offer and the wider implications. The Chinese NPC is a political gathering and in that respect, does not directly impact investment markets but, nonetheless, it is important for the whole world to take note of the key issues being discussed and outlined.

Work in progress is one way to interpret President Xi's message to the 19th National People's Congress. Yet this work in progress has an ambition that is impressive on most measures. The speech was long – at well over three hours – because the President effectively outlined the first part of a two-stage process to take the country to the middle of the 21st century. This effectively was a strategy not just for the next five years of China's development but for a new era in coming decades.

Xi reminded us of what China has achieved so far under his leadership. In the last five years the economy has increased in size from 54 to 80 trillion RMB (from about $8.2 trillion to just over $12 trillion). An additional 60 million people were taken out of poverty during that time. More particularly, Xi confronted full on the corruption issues that had been a major concern when he took power.

The President emphasised he still intends to confront corruption now. But above all, my take away was that the Chinese Communist Party continues to heed the lesson it learned long ago from the former Soviet Union: sequencing of reform is key. Economic reform, which President Xi spelled out is central to future progress, cannot go hand in hand with political reform. Party and political discipline will be needed as China moves through the next stage of opening up its economy.

A speech of power

In my view, the speech was powerful in both its strategic ambitions and its implementation goals. It was aimed at providing the vision, but not all the detail, of how the people will achieve what has become known in recent years as the 'China Dream'.

Perhaps key is the commitment to further economic and financial reform. This is welcome and necessary. While the rest of the world sees China as the globe's second largest economy and an economic power, at home the realisation is that income per head is still low. China needs inclusive growth to restrain its social tensions, highlighted by the President's focus on inequality, pollution and access to health, education and housing. This was perhaps best illustrated by the fact that the biggest applause was when he said that housing was for living in, not for speculation.

The aim is for "moderate prosperity" by the end of this first phase, and continuing with regional and rural reform. The importance attached to agriculture and to inland areas should not be overlooked. That too reflects work in progress as does his aim for strong state-owned enterprises.

The key though was his ambitious yet necessary economic aim to continue moving China up the value curve. This was highlighted by his desire for China to be inspired by technological innovation and to have more investment in basic research. He reiterated a previous message of the need for advanced manufacturing across a host of areas and it was welcome to hear his commitment to continued financial market reform, with market driven exchange and interest rates. Deeper and broader capital markets are essential, not least to help direct savings into areas of necessary investment.

This will take time. It will also allow China to overcome the middle-income trap, where countries find it hard to move from being a low to a higher income economy. While the economic trend will be up, a challenge though will be that as the economy changes and the market mechanism takes hold, it would not be a surprise to see greater future economic volatility along the way.

It was encouraging therefore to hear the President speak of "macro regulation", covering all types of economic policy, as these clearly need to be aligned if China is to achieve such economic success, and address overseas concerns about imbalanced growth and rising debt. This sort of approach may prove a valuable lesson from China to elsewhere, as consistency across policy areas is essential.

Alongside the economic agenda, and perhaps for many observers the key aspect of the speech, was the focus on future ideological purity – continuing from recent advances such as the Three Represents and Scientific Development. The lengthy title of the speech reflected this, "Secure a decisive victory in building a moderately prosperous society in all respects and strive for the great success of socialism with Chinese characteristics for a new era".

Perhaps ideological purity will go hand in hand with economic reality as he puts his imprint on the party's political dogma. This is central it seems to be achieving the desired socialist modernisation. This new era of socialism with Chinese characteristics will include law based governance and a new national supervision law.

China's global aims were clear. This is also linked to economic development, with the Belt Road Initiative a cornerstone – and one which needs international cooperation. This will be an exciting aspect of the next five years, at least. I am optimistic about the economic impact of the Belt Road, both for China and regionally.

The speech delivered a pro globalisation message, as was the case when President Xi spoke in Davos in January, with talk of a global community of common destiny. This includes a pro-environmental agenda, again continuing an existing message and a welcome one at that. Reform will also have to offer foreign firms a more open investment climate.

Where then might be the tension? Economic and political might also bring us onto military clout too. Military modernisation was a message, which went alongside his lack of desire for expansion or hegemony.

For China's neighbours and the US it will be a case of watching what China does, as well as listening to what is said, given ongoing tensions in the South and East China Seas and the trouble spot of North Korea.

Also, Xi made clear every aim to ensure sovereignty across all regions of China. Hong Kong's one country, two systems was noted. Taiwan needs to take note too.

All this, of course, occurs ahead of President Trump's forthcoming visit. China senses it has an opportunity to play a leading role on the global stage. Continued economic reform at home and this clear vision from President Xi will make that possible.