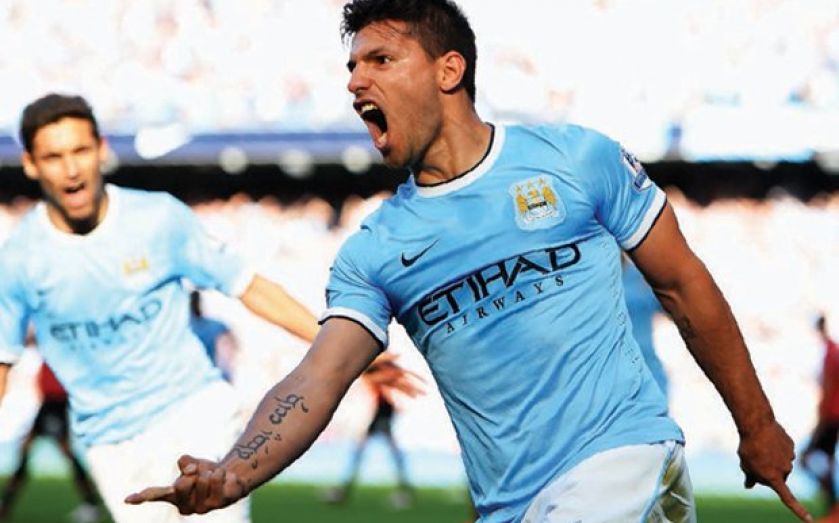 HUMILIATED Manchester United manager David Moyes demanded an instant response from his shell-shocked players after his first derby ended in a harrowing thrashing by Manchester City.

A late Wayne Rooney free-kick aside, United were as rudderless as City were dominant, as their new manager Manuel Pellegrini enjoyed his finest result since taking over in June.

The champions next face Liverpool, who have already beaten them this season, in what is likely to be a highly charged Capital One Cup tie on Wednesday, and Moyes is seeking a response.

“I’ve made the players aware of how I expect them to respond. If there was any group of players I’d expect that from it would be Manchester United players. It is the way they’ve been brought up,” he said.

“Every manager has bad days and bad results and I’m no different. I’ve been here with Everton many times and I don’t think I have ever suffered a defeat like this. I talked with the players the same as I would at any other club. They are good pros here and they know when they are bang at it and when they are not.”

The defeat was the champions’ worst at the Etihad Stadium since 2004 and left United eighth in the top flight after five games, while equally concerning is the fact they have not mustered a league goal from open play since their first match at Swansea.

That was not helped by striker Robin van Persie’s absence yesterday with a groin injury, though City’s triumph owed more to their superiority and ability to play at pace.

It took just 16 minutes for that to tell, when the quality of Nasri’s dribbling and backheeled lay-off to Aleksandar Kolarov was exceeded only by Aguero’s instinctive volley from the Serb’s cross.

United’s misery deepened in first half injury time when the outstanding Nasri’s corner was flicked on by striker Alvaro Negredo and Toure used his knee to jab the ball past goalkeeper David de Gea.

If that dented the visitors’ resolve then it was utterly crushed within five minutes of the restart.

First Aguero claimed his second with a close-range, side-footed volley, before Nasri crowned his most influential display in a City shirt by producing a similar finish, sweeping home at the far post following Jesus Navas’s cross.