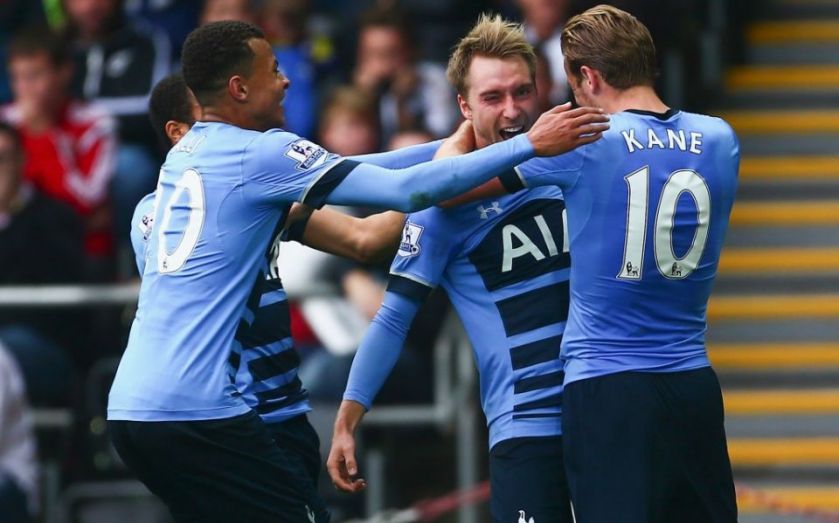 Eriksen nullified Andre Ayew’s opener for the hosts and an own goal by Spurs striker Harry Kane as the visitors extended their unbeaten run in the Premier League to seven games.

“He is one of the best at dead-ball situations,” said Pochettino. “He has natural ability but he also spends time working on it. They were great free-kicks. He has quality when he shoots.”

Eriksen’s set-piece heroics opened his account for the season, lifted Tottenham to eighth in the table, two points off the top four, and left Swansea three points behind them in 11th.

Ayew put Swansea in front in the 16th minute, meeting Jefferson Montero’s left-wing cross with a header for his fourth goal since joining from Marseille in the summer. The lead lasted little more than 10 minutes, until Eriksen beating Lukasz Fabianski with a swerving free-kick.

Moments later Swansea were back in front, when Kane sliced into his own net from a Jonjo Shelvey corner, but Eriksen levelled midway through the second half with another strike from an almost identical position.

“We have maybe dropped two points,” said Pochettino, who missed out on a fourth successive league win. “We are disappointed with the result but not the performance or effort.”