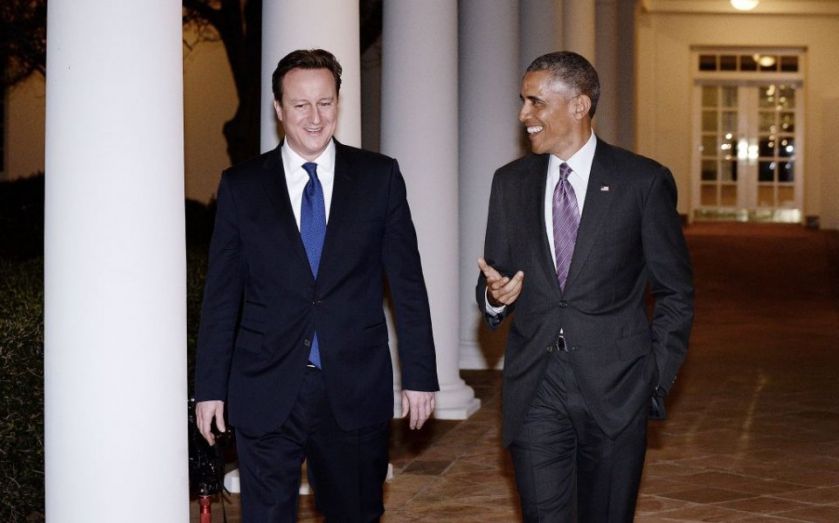 The Prime Minister criticised online encryption this week, on the back of the Charlie Hebdo massacre, in words that appeared to threaten a ban. In the words of tech Twitter guru @SwiftOnSecurity “Politicians: The kind of people who think they can ban math.” But to many businesses this was no joke. One City FinTech startup, Eris Industries, said it would quit the country if Number 10 lived up to its words. In today’s Forum, another entrepreneur explains his concerns about the remarks (see p. 14).

Cameron’s spinners have since explained his words in softer terms, but it remains a foolish, illiberal misstep on a subject of increasing commercial and economic importance.
https://twitter.com/SwiftOnSecurity/status/554926092645982208
Consider, for instance, the area of encryption that Eris works on: the blockchain. This underpins cryptocurrencies like bitcoin but is increasingly seen as a tool with far wider applications, notably in the financial services sector. For a great example of some of the opportunities, look no further than a recent report by Z/Yen Group on the potential for personal insurance.
Chain of a Lifetime, by Michael Mainelli and Chiara von Gunten, argues that the distributed ledger of the blockchain could transform and improve insurance in a whole range of ways. Specifically, it points to the potential for identity verification and data management, greater tailoring of insurance products based on time and location, and the possibility that models of peer-to-peer and mutual insurance may come to challenge established centralised models.
As the authors conclude, “Any financial services professional should be excited at a technology that simultaneously improves integrity and security while also reducing costs.” Politicians, too, should be excited, not using the politics of fear to shut the party down.