From the darkest depths of the financial crisis six years ago, the world’s largest economy has rebounded strongly – and its equity markets have soared.

US equities are now entering the seventh year of a bull market, with the seemingly unstoppable S&P 500 reaching a new record high virtually every month.
The performance of the US stock market stands in stark contrast to other developed economies. Over the last five years, the S&P 500 has risen 73 per cent, more than double the FTSE 100’s 32 per cent increase.
“People have moved into US shares because they see the market as lower risk,” explains Geoff Legg, manager of the Kennox Strategic Value fund.
So has the bull market reached its peak, and should investors now take profits? Or would it be wiser to stay invested, and wait for the market to rise to yet another new high?

Many investment managers have chosen to crystallise their gains by selling some shares.
“We took a little bit of money out of US equities last November, and more recently we have reduced our holdings further,” says Nigel Cuming of Canaccord Genuity Wealth Management.
There are signs this profit-taking is widespread, as while US equities are still rising, the speed of the increase is beginning to slow. The S&P 500 has only risen 0.8 per cent so far this year, compared to 6 per cent on the FTSE 100.
This reflects fund managers’ caution over the American market. The US economy was the first to recover after the financial crisis, with employment levels, manufacturing, and house prices all much improved. By contrast, the UK economy has only recently come back on track, and the Eurozone is still floundering.
The other crucial factor to consider when looking at the US economy is its central bank policy. Interest rates were dropped to a record low during the financial crisis in 2008. Six years on, this extraordinary policy is still in place, but since the economy has mostly recovered, the pressure is mounting on the Federal Reserve to raise interest rates.
The impact of rate rises on American companies is uncertain, particularly since no-one can predict the levels and speed of rises ahead. But one thing is certain: interest rate rises will make it more expensive for companies to borrow. This is another reason why some investment managers are beginning to feel less positive about the outlook for US companies.

One newer development impacting the outlook is that the US economy has begun to slow in recent months. Some commentators are concerned this slowing is more than just a blip.
There are a number of factors which have caused the economy to lose momentum, including bad weather which has made people stay at home rather than head out to a shopping mall or restaurant. For an economy which is more than 70 per cent reliant on consumer spending, the aggregate effect of people delaying their spending is huge.
“I think we are going to get a growth and earnings disappointment in the US very soon,” says John Bennett of Henderson Global Investors.

However, more important is the fact the dollar has been unusually strong. Over the last year, the US dollar has strengthened considerably against most world currencies. This is partly due to the divergence between the monetary policies of the US and Eurozone, and partly down to America’s economic success – as when the economy is doing well, currency investors buy up dollars, almost as a show of confidence in the country.
But the trouble is that the big international companies listed on the S&P 500 make around 40 per cent of their profits overseas, in foreign currencies. When they convert earnings in other currencies back into the very strong dollar, profits take a hit.
Fast food chain McDonald’s, IT company Oracle and consumer products firm Johnson & Johnson have all said their profits are coming in around 3-4 per cent lower than usual because of the strong dollar.
All this adds up to some investment managers deciding not to hold so many shares in US companies, and their share prices are lower as a result.

Investment managers have been questioning whether US equities at record-breaking levels are actually good value. For some, the price that must be paid for US shares, in relation to the potential earnings growth on offer, is just too high.
For example, Coca-Cola, Procter & Gamble and Google are all trading at price to earnings multiples of 25 times.
“Valuations are pretty much at all-time highs. We are probably going to get lower returns at this starting point,” says Legg.
Cumings agrees: “Valuations in the US are a little demanding. I have decided European equities look better on a relative valuation basis.”
For investors, this could mean a perfect storm is on the horizon. Shares in US companies have smashed through several record highs, and are broadly considered expensive, while the economy as a whole may be beginning to slow. This is why some investment managers expect the future will be less than plain sailing.
“As the bull market enters its seventh year, we expect a tougher period for equities. Valuations in some parts of the market are expensive, while the reality that the Federal Reserve will likely raise interest rates at some point during the year has created more volatility on a day-to-day basis,” says Evan Bauman, manager of the Legg Mason US Aggressive Growth fund.

While some fund managers have chosen to lock in profits, and there have been a few wobbles in the economy lately, the US is definitely not a market investors should ignore.
“Do not write the US market off. Given the underperformance so far this year, there will be a time to go back in,” Cumings says.
For anyone with US holdings, the real question is where are the best opportunities now?
The US is notoriously difficult for active managers to outperform. There are scores of analysts poring over companies listed in North America, and investment managers react very quickly to information updates. This means it is a tricky place for an active fund manager to discover little-known stocks, or find an opportunity which is not already known to all other investors. This leads to a situation where very few active fund managers are able to beat the performance of an index such as the S&P 500.
Consequently, many investors paying the (often considerable) charges for an active fund may end up disappointed, as their manager fails to really deliver.

Because of this, a popular way of buying US shares is through an exchange-traded fund (ETF). This is a fund which buys up a basket of all the shares on a particular index, the S&P 500 for example. Because the ETF has all the same shares as the index, it will provide the same investment return, although fees will then be deducted.
Buying an ETF is known as “passive” investment, because there is no active fund manager selecting the stocks. It can also be a cheaper way of investing in the stock market, because fees for an ETF are typically lower than those for an active fund.
Simon Klein, from popular ETF provider Deutsche Asset & Wealth Management, admits that some investors had moved away from US equities recently, in favour of European shares.
“We have seen some movement away from US equity trackers and into European equities as some investors are betting on the stimulus effect of the European Central Bank’s recently-launched quantitative easing programme,” he says.
However, he cautioned over waiting before buying shares in the US market, as timing an entry into equities is notoriously tricky.
“Investors may be tempted to wait for markets to dip. The danger is that the market continues to rise and they miss that capital appreciation, or that the US dollar continues to appreciate, which also ultimately means buying in at a higher level.”

Even though the US market as a whole has underperformed this year, there are still pockets of fast growth. Technology and healthcare, for example, are two sectors where stocks have continued to perform very well.
More importantly, the active fund managers who have been able to beat the wider market typically have a higher number of shares in these areas – more than an indextracking ETF will have.
Legg Mason’s Bauman says he is finding companies with above-average growth in healthcare, technology, media and energy. “I have done well with companies that grow through innovation, such as scientific breakthroughs and novel treatments from biopharmaceutical companies, and the targeting of mobile advertising by social networking firms.
I expect to see more advances [in share price] from companies in these sectors,” he explains.
For investors with a higher tolerance of risk, or those looking for a greater level of growth in their portfolio, it may be well worth investigating specialist funds which invest in either healthcare or technology. Since most of the world’s best companies in this space are found in the States, investors will be given a good deal of exposure to the market without having to buy either an ETF or a US equity fund.
Cumings recommends the Polar Healthcare fund, which is a global fund that has 54 per cent invested in the US. The fund group, Polar Capital, is well-respected in the industry and has a reputation for taking a different approach to other managers – which often leads to great performance.
“I like that this fund is continuing its winning streak this year,” Cumings says. He also recommends the Henderson Global Technology fund. This fund has been running for over 30 years, and although it takes a global approach it has 72 per cent invested in the US, spread across all the big names including Facebook, Google, Oracle and Cisco Systems.
The fund’s parent company, Henderson Global Investors, is a long-established group which is known for its particular expertise in US equities.

One other strategy could be to buy companies which are very similar to popular US names, but are listed in other markets, are cheaper per share, and have more upside potential. This strategy is working well for Kennox’s Legg.
“I completely understand the temptation to allocate cash to expensive markets, and the view that the US is a safer market than elsewhere,” he says. “But I just do not see a reason to buy very expensive companies if we see cheaper companies somewhere else.”
Instead of buying US oil companies Exxon- Mobil and Chevron, Legg has chosen to buy UK and European equivalents, BP and Statoil.

THE BEST US EQUITY FUNDS 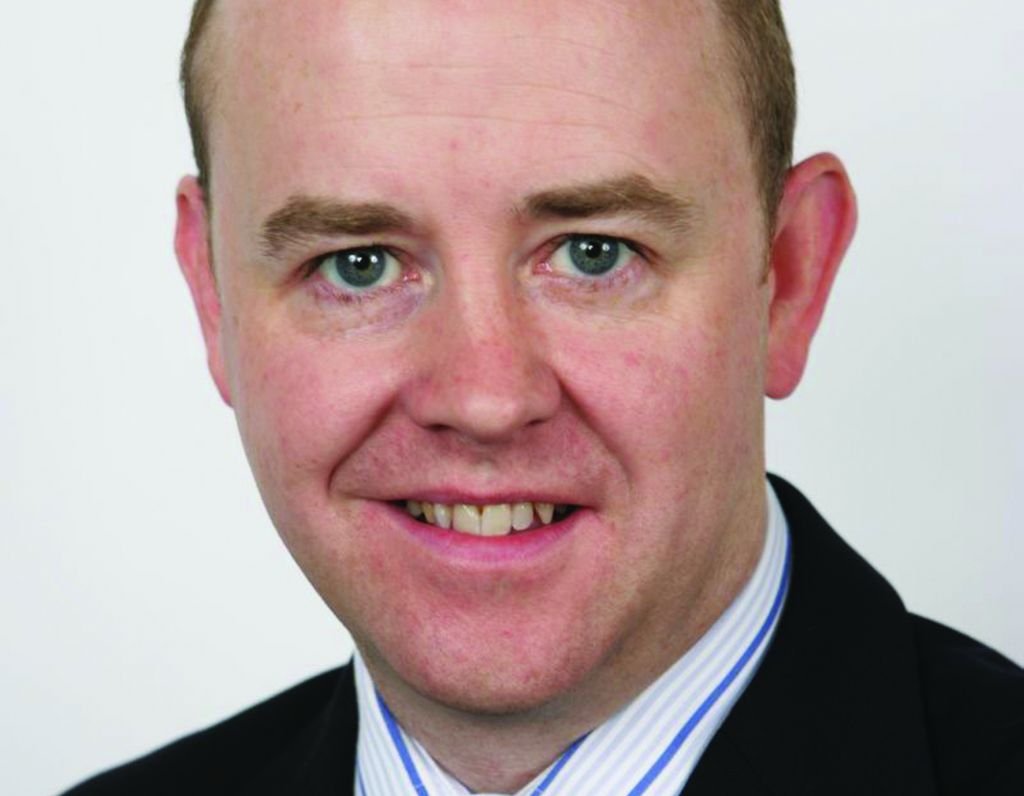 BY DARIUS McDERMOTT, A LEADING FUND SPECIALIST AT FUNDCALIBRE

AXA FRAMLINGTON AMERICAN GROWTH
“Innovation, unique brands and intellectual property are features that give companies a competitive advantage, helping them grow into market leaders.
This type of story is what manager Steve Kelly and his team hope to uncover in their quest for growth stocks in the US market.”
LEGG MASON CLEARBRIDGE US AGGRESSIVE GROWTH
“Managed by an experienced and well-resourced USbased team, this fund offers investors access to a high conviction portfolio of predominantly large cap US equities. Managers Richie Freeman and Evan Bauman are conscious of valuations. This is a growth-at-areasonable-price strategy.”
SCHRODER US MID CAP
“It is the stock-picking prowess of manager Jenny Jones that makes this fund stand out from the crowd. Unlike many of her sector peers, Jenny is also based in the US and is supported by a well-resourced and experienced analyst team. The fund is set up quite cautiously and holds up well in tough markets.”