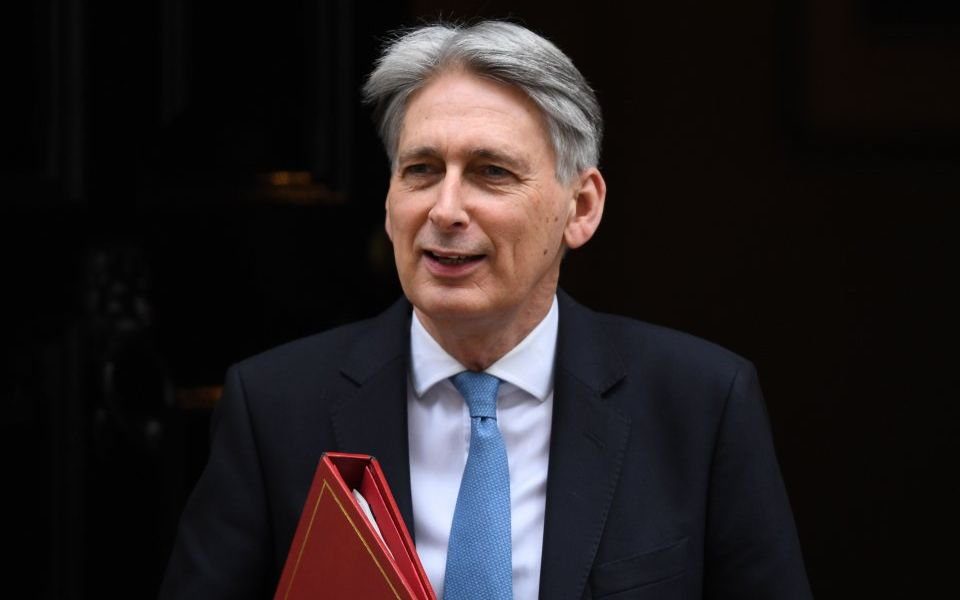 Philip Hammond has said it is "physically impossible" for the UK to leave the EU on 29 March.

Speaking to the BBC, the chancellor said a "short extension" to Article 50 – the mechanism that allows the UK to leave the EU – was necessary to enable the government to pass all the legislation required to enact Brexit.

MPs are due to vote on Theresa May's Brexit deal for a third time next week, after it failed to win over MPs in January and earlier this month.

In a series of votes this week, MPs voted to reject a no-deal Brexit in all circumstances and for an extension to Article 50 until June.

"If the Prime Minister's deal is able to muster a majority this week and get through, then we will need a short extension," Hammond said. "It is physically impossible to leave on 29 March, but we would be able to leave very soon.

A long extension would mean Britain could have no choice but to participate in th elections to the EU parliament, Hammond said. "I don't think there is a single person in the House of Commons that wants to see the UK conduction EU elections, but we have to do that," he said.

Hammond was also asked about what would happen to the commemorative 50p Brexit coin being produced by Royal Mint, given that the 29 March date was now unachievable, to which Hammond replied: "They might become collector's pieces."

Brexiters have been warned to back May's deal if they want to avoid a long extension to Article 50, which EU leaders have hinted is the only kind of extension they will entertain. Ministers have warned that a long delay could jeopardise Brexit by creating a window for a general election or second referendum to take place.

Hammond echoed earlier comments by trade secretary Liam Fox who hinted that it was not definite that a third meaningful vote would take place.

The chancellor said:  "We will only bring the deal back if we are confident that enough of our colleagues and the DUP are prepared to support it so we can get it through parliament.

"We are not just going to keep presenting it if we haven't moved the dial."

Downing Street is struggling to get the deal approved by members of the Democratic Unionist Party (DUP) that props up its minority government, as well as members of the pro-Brexit European Research Group (ERG), which has said it is opposed to the Irish backstop, the policy to prevent a hard border in Northern Ireland by keeping the UK in a temporary customs union.

Hammond refused to deny that the government may have offered more money to Northern Ireland in a bid to get the DUP on side.

Hammond said the "discussions" with the DUP had not been about cash, but added: “We are coming up to a spending review… we will have to look at all devolved budgets.”