Legendary Hollywood actor Paul Newman left behind many legacies but one has been labelled with a price.

Auctioned at Phillip’s in New York City this week, the $17.8m (buyer’s premium included) Rolex Daytona was sold to an anonymous bidder on the phone breaking the record for the most expensive wristwatch ever sold.

Oscar winner Newman wore the watch every day for 15 years. Made of stainless steel and bought for him by his wife Joanne Woodward with the inscription “drive carefully”, the Rolex Cosmograph Dayton became best know as the “Paul Newman watch”. 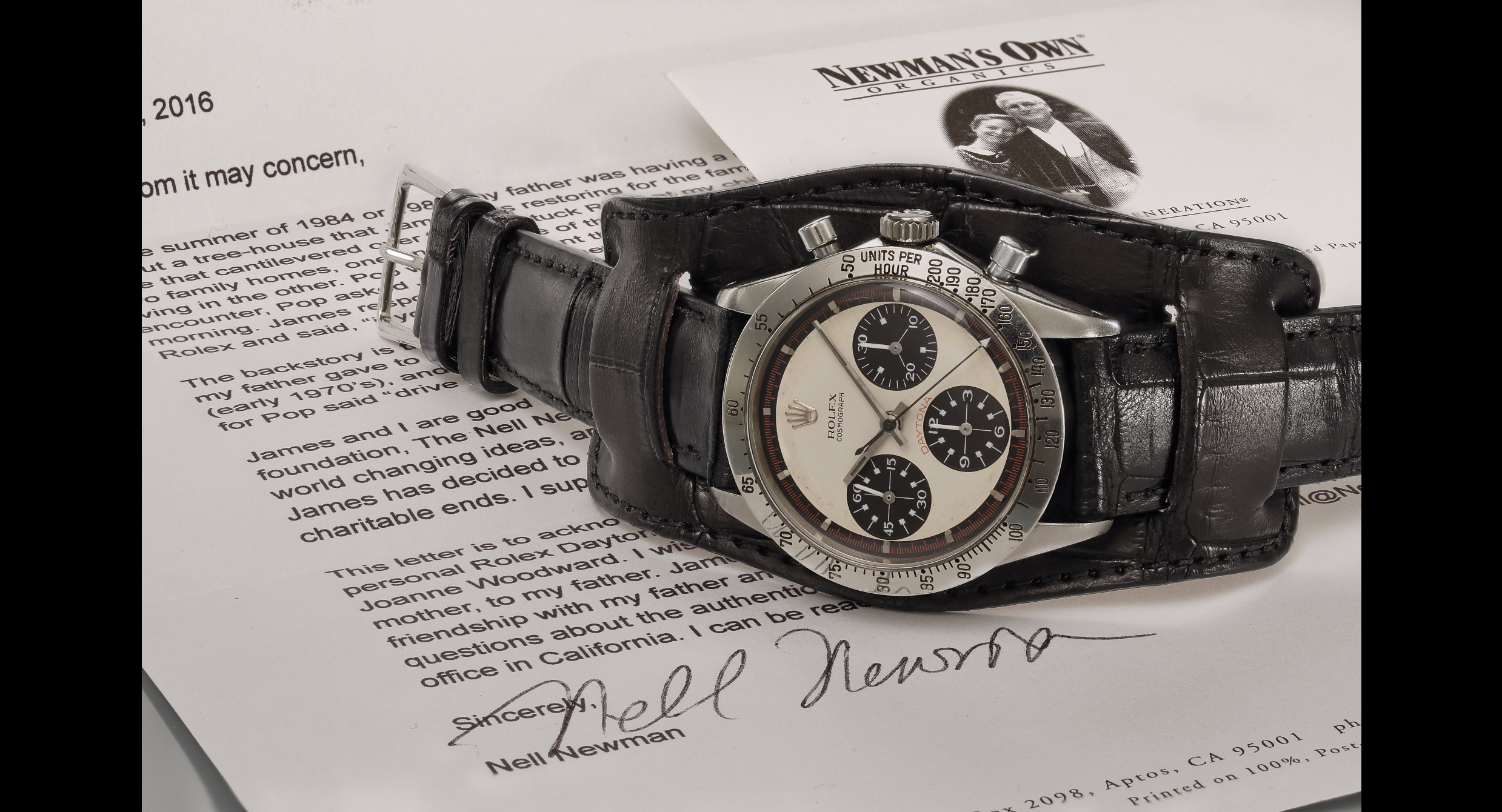 The watch was estimated to fetch around $1m but there was far more interest than expected with more than 700 people in the auction room and phone interest from 43 countries.

Newman gifted the watch to his daughter’s boyfriend, James Cox who did not own a watch, saying it “keeps good time”. When Newman’s daughter and Cox split they made the joint decision to put the watch up for auction with a large portion of the proceeds going to the Nell Newman Foundation and the Newman’s Own Foundation.

Create your own classic and browse our Rolex Daytona’s here.