Opinion: It's about time gas boilers were axed, but developers need to be investing in smart, sustainable technologies from the outset 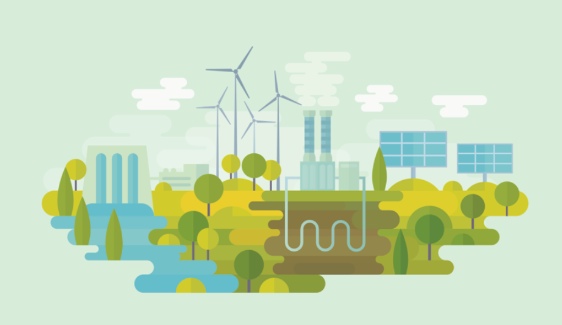 In his recent Spring Statement, the Chancellor announced that from 2025 newly built homes will not be connected to the gas grid, meaning that gas boiler installation will be a thing of the past.

It is good to see the government taking on board the recommendation of the Committee on Climate Change, which called for the ban in February to help Britain meet its emissions targets by 2050. However, it is only one small step towards reducing the UK’s greenhouse gas emissions, one fifth of which is caused by household usage.

The benefits of renewable energy are widely reported; consumers save up to £300 per year on energy bills in an energy-efficient home, and those using solar panels are able to feed excess energy back into the grid for a profit. And that’s before you take the benefits to the environment into account.

I believe it is down to housebuilders to invest in these systems and install them from the outset, and developers should be looking at the long-term cost savings these methods will provide

Now all we need is densely-populated areas like London to follow suit. The GLA recently reported that while the overall demand for heat in London is 66 TWh (terawatt hours) per year, the total heat for London delivered by secondary sources was at 71 TWh, so a lot is being wasted.

Many homeowners may be scratching their heads wondering how they will get hot water without a gas boiler. And before you mention it, it doesn’t only mean sticking solar panels on the roof.

While photovoltaic solar panels are becoming more popular, there are other ways to heat a home. In addition to solar panels, our Zero Carbon Smart Homes use ground source heat pumps, drawing heat from the ground. Indoors, we use mechanical ventilation with heat recovery systems to distribute warm air throughout the home, so that no heat generated is wasted. Other features are triple-glazing, apps to manage energy consumption and zonal heating systems, so that only the areas of the property being used are heated.

These are methods that some London councils have already started using in their residential developments. But it should not be down to the councils. Instead, I believe it is down to housebuilders to invest in these systems and install them from the outset, and developers should be looking at the long-term cost savings these methods will provide.

The Climate Change Act 2008 requires Britain to cut its greenhouse gas emissions, based on 1990 levels, by 80 per cent in the year 2050. The government would do well to bring in more measures in the future to encourage smart energy consumption, and further incentivise developers to take action. We have to start thinking more creatively about how we generate and reuse energy and take steps to implement these methods more widely. While the technology available is not new, it is not being considered nearly enough in developers’ plans for new homes.

Verto Homes is a sustainable housebuilder based in Cornwall