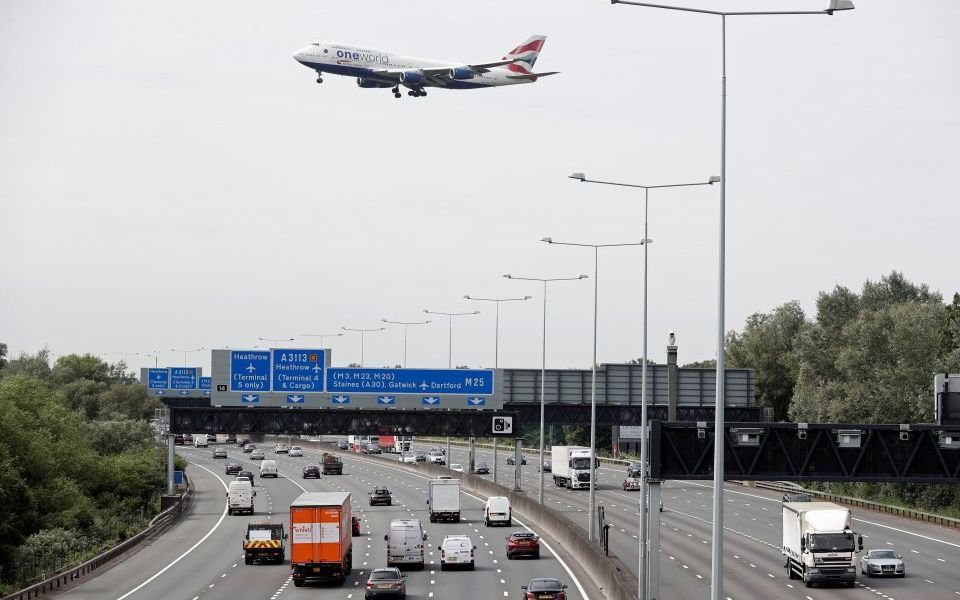 Oman's flag carrier landed itself at the top of the league after it phased out its older aircraft and replaced it with the ultra-quiet and green Boeing 787 dreamliner.

Other airlines at the top of the rankings include British Airways' short-haul fleet, followed by Scandinavian Airlines System in second place and Poland's flag carrier LOT in third place.

Icelandair was able to jump 40 places to take 11th place thanks to its efforts to reduce fuel burn and minimise noise by arriving aircraft. It has also stuck more closely to the designated flight paths set for pilots, to give nearby residents predictable respite from noise.

Earlier this week a number of local councils, the London mayor, Sadiq Khan, and Greenpeace launched a legal challenge against Heathrow's proposed third runway at the High Court.

The objecting parties claim the third runway will lead to the demolition of thousands of homes and an increase in noise and pollution around Heathrow and its surrounding areas. It says it will lead to increased road traffic which will negatively effect the city of London.

They accuse the transport secretary, Chris Grayling, of ignoring "crucial facts" about surface access, or the journey that members of the public have to make to reach the airport.

Instead of producing an environmental report showing which communities were going to be affected by noise, Grayling published "meaningless" indicative flight paths, they claim. One part of their case is that Grayling is required by law to identify all areas that might be affected so that communities aware that planes might be flying over their properties.

Matt Gorman, Heathrow’s director of sustainability, said: “As we prepare to expand our airport, we’re working with airlines to encourage fierce competition for the top spot of the ‘fly quiet and green’ league table and it’s brilliant to see more airlines vying for pole position. As airlines modernise their fleets, we’ll also be engaging with local communities to modernise the UK’s airspace, enabling aircraft to more efficiently use the skies around us, increasing punctuality whilst reducing emissions and noise in future.”