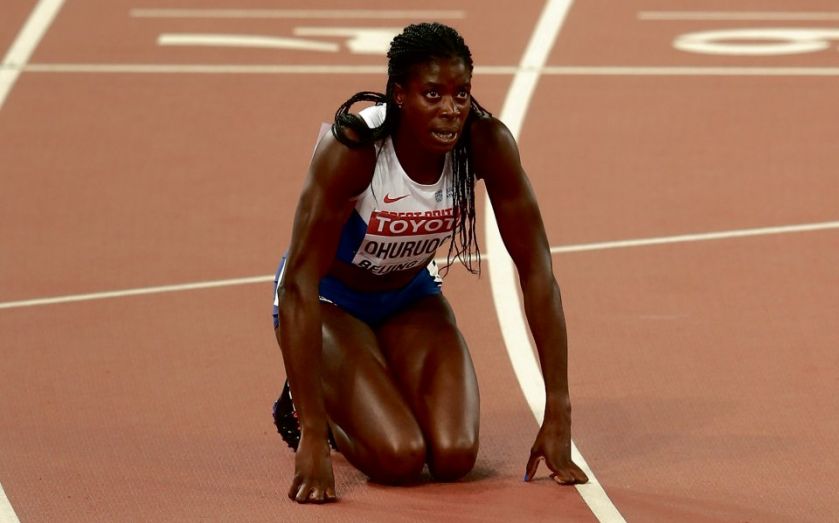 DEFENDING champion Christine Ohuruogu refused to be downbeat despite her bid to become the first British women to win three world titles ending in disappointment yesterday in Beijing.

The 31-year-old trailed home last in the 400m final at the World Athletics Championship after her tactic of trying to keep pace with winner Allyson Felix’s fast start backfired. Ohuruogu, a former Olympic and Commonwealth gold medallist, faded badly on the home straight but stayed philosophical following what has been an injury-interrupted season.

“I’m not going to be upset,” she said. “It’s a real blessing to even be here, as many times throughout the year I couldn’t be bothered to finish the season because the season was so distressing at times.”

Fellow Londoner Dina Asher-Smith dazzled again in qualifying for today’s 200m final, winning her semi-final in a time just 0.02 seconds outside a British record a dozen years older than the 19-year-old. The King’s College history student clocked 22.12 seconds, setting a second personal best in as many days.

Katarina Johnson-Thompson put her heptathlon heartache behind her on her return to the Bird’s Nest stadium, qualifying for the long-jump final alongside team-mates Lorraine Ugen and Shara Proctor.

Sophie Hitchon finished just 16cm off a medal place in the hammer after breaking her own British record twice.