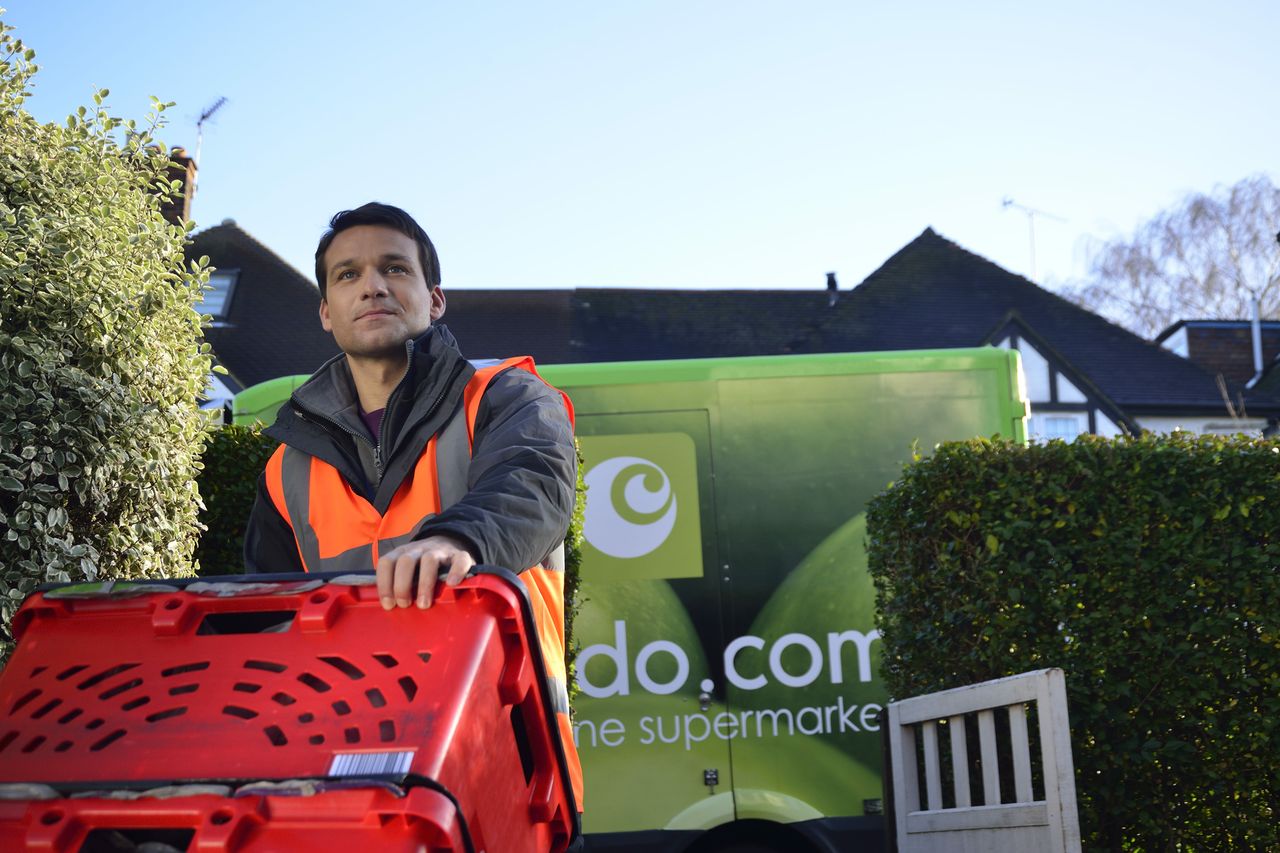 Online grocer Ocado today revealed rocketing revenue in its third quarter, driven by a growth in orders and improved capacity at its robotic warehouses.

It grew revenue by 11.5 per cent to £348.6m in revenue over the three months to the start of September.

Equivalent growth in the firm’s average number of orders each week, to 283,000, fuelled this revenue jump, with each shopper spending an average of £106.

Ocado credited its business expansion to its decision to automate its warehouses, after becoming one of the first retailers to fill facilities with robots to process customer orders.

It opened its fourth fulfillment centre in Erith over summer, which had processed more than 20,000 customer orders 14 weeks after opening. Its Andover facility took 15 months to hit that number, and chief executive Tim Steiner said on a conference call that Erith now hosts between 500 and 600 robots.

Its expansion comes as Ocado tries to increase its market share from its current 1.2 per cent, which puts it on the bottom rung of the UK supermarket ladder, according to Kantar Worldpanel data.

Steiner explained one of Ocado’s priorities is to hire more engineering talent as it doubles down on automation, explaining Ocado is competing for technology skills in a market that puts them at a premium as it seeks to provide its technology as a service to other retailers.

“This is more about competing for that talent. We have been successful in recruiting at a faster rate," he said. "We won’t recruit as many as we would like to get and we know that but we will see stronger growth in the second half of the year and into next year.”

The news saw Ocado's share price grow 2.5 per cent on the news.

Hargreaves Lansdown senior analyst Laith Khalaf said the trebling of Ocado's share price this year was also down to it signing various overseas deals with supermarket groups abroad, such as US firm Kroger, that want to use its automation technology.

"The sudden flurry of deals has no doubt been prompted in part by Amazon’s purchase of Whole Foods last year, which threatens to disrupt incumbent grocery retailers unless they have a top notch online delivery service," he said.

"Ocado recently achieved promotion to the FTSE 100 and its equity market value is now greater than the likes of Morrison’s, Royal Mail and M&S. It still needs to turn overseas partnerships into profits, and details of its commercial relationships with US retailer Kroger are still being hammered out."

“The new capacity from Andover and Erith, our robotic third and fourth warehouses, is helping meet consumer demand for our services and drive the channel shift which is transforming grocery retailing in the UK.

“Together, Andover and Erith provide new opportunities for growth in our UK retail business while showcasing the scalability, adaptability and efficiency of our platform.

“Ocado’s unique and proprietary technology, which makes these facilities work, is bringing greater value, quality and convenience to British shoppers while at the same time helping our partners redefine the shopping experience for their own customers. We are on track to deliver a significant number of new customer fulfillment centres for our solutions partners in the coming years and as such are fulfilling our goal of changing the way the world shops."

Hargreaves Lansdown's Khalaf added: "Running its large automated distribution centres doesn’t come cheap, and Ocado’s opening of a fourth UK facility in Erith is expected to eat into profits this year. The market won’t mind that too much because it both boosts Ocado’s UK capacity and acts as a shop window for potential overseas partners.

"Given its lofty valuation, Ocado needs to deliver on profits at some point, but in its current expansion phase, shareholders will cut the company considerable slack if it’s using its resources to boost its global footprint."

Read more: Robots will create more jobs than they tak

Helal Miah, investment research analyst at The Share Centre, advised existing shareholders to hold onto the stock, but for investors not to buy it until Ocado demonstrates an ability to make profit.

“We have no doubts that Ocado will continue on its expansion but the group is still likely to be loss-making for the current year even though it expects an improved second half," Miah said.

"Heavy capital expenditures will continue to hold profits back for a while and some investors will need to see progress on profits before investing. In consideration of this we still maintain our ‘hold’ recommendation for medium risk investors seeking growth.”