Nomadland review – it’s the Best Picture favourite for a reason 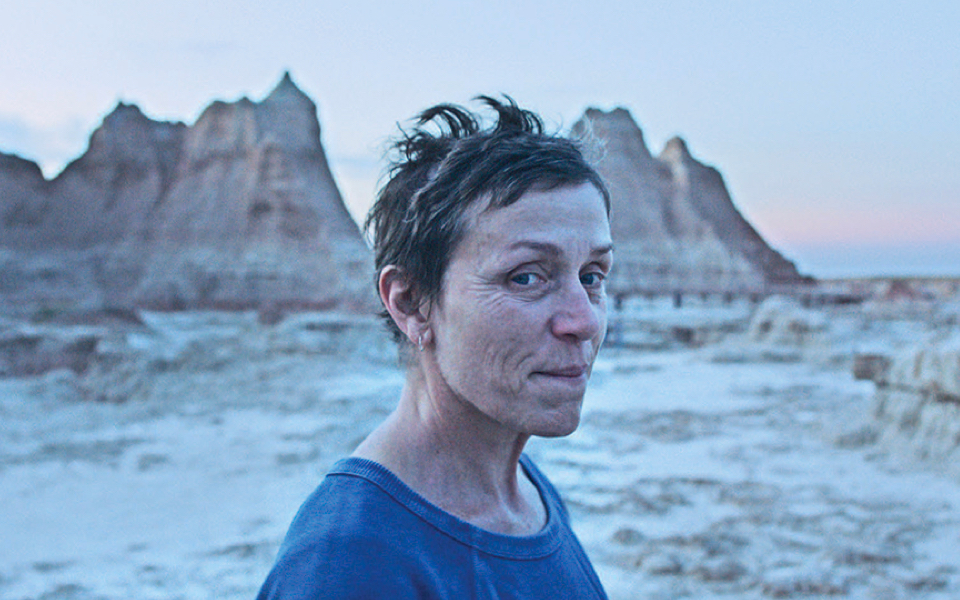 Sometimes, being an Oscar favourite can be a set back for a movie. The branding of best picture implies that it must be all things to all people, leaving an inevitable disappointment in some when they find a movie that isn’t to their taste. This year is a bit different, with the nominees generally being smaller, more considered movies that haven’t had the circus that normally follows the Oscar race. Writer-Director Chloe Zhao’s Nomadland is the front runner for many, and it’s easy to see why.

A fictional story based on Jessica Bruder’s memoir Nomadland: Surviving America in the Twenty-First Century, Frances McDormand plays Fran, a woman in her sixties who has lost everything in the wake of the 2008 financial crash. Without a job, and having suffered a recent tragedy, she sells up and lives as a modern-day Nomad, living out of her van and travelling from town to town, taking seasonal jobs where she can. Gradually, she begins to move further into the Nomad community, making friends with the people she meets on the road. However, a painful past means she is reluctant to embrace any kind of future.

In the build up to Sunday’s ceremony, there has been criticism of Nomadland’s portrayal of Amazon warehouses in the story and how the company’s work practices have been glossed over. It’s true that there’s no condemnation of the Bezos empire particularly, but it is part of a larger commentary about American capitalism’s abandonment of large swathes of people. Fern exists off the grid, using the temporary situation the warehouse provides, precisely because the larger system failed her. It is a symptom of what has happened, not a solution.

What makes the story so rich, however, is Zhao’s refusal to judge. “I’m not homeless,” Fern tells a family friend. “I’m just… houseless. Not the same thing, right?” Yes, Fern and most of the people she meets have come to where they are by some kind of tragedy, but we also witness the joy. A community develops thanks to a blending of actors and real-life Nomads (most notably the charming Swankie, whom Fern becomes close to). We see their views on life, how they have adapted through necessity to face almost every challenge. There’s also a romantic subplot with David Strathairn’s Dave, who presents an opportunity for Fern to move on from her past. You do find yourself willing her to find happiness, but neither the star nor director allow you to feel sorry for her.

Speaking of the two-time Oscar winner, McDormand is as brilliant as Nomadland’s titular nomad. A film like this can often require a suspension of disbelief, as perfectly lit A-listers put a bit of dust on their foreheads and pretend to be everyday people. However, she manages to conceal a very complex performance inside an unassuming demeanour. Fern is going through a lot, forming a hard shell in order to never be hurt by the world again. Despite this, there’s no frippery or prestige to her. As she sits in camps and works on her beloved van named Vanguard, she could be anyone, which is precisely the point.

Nomadland is a funny, sad, and always riveting look at an overlooked part of Western society. Without ever feeling like a tourist, Zhao shows us the human cost that is wrought by a wealthy few, and the strength it takes to keep on going. While it will be available to stream soon, do yourself the favour of saving this for your first trip back to the cinema.

Nomadland is available on Disney+ from 30th April, and in cinemas from 17th May.