NFL UK international series: The hurdles in the way of a London franchise 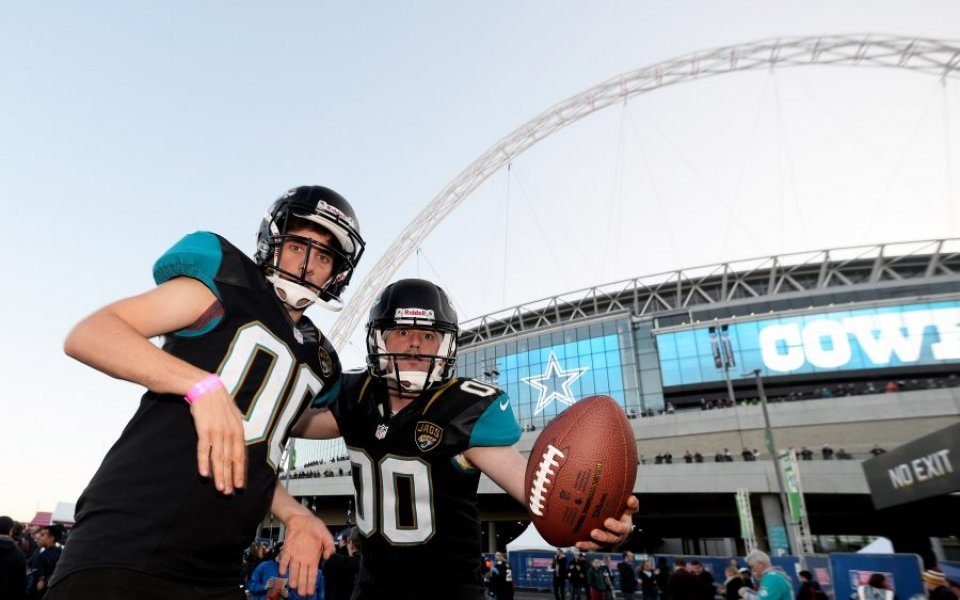 The NFL has announced its fixtures for a ninth year in London next October, with the Jacksonville Jaguars, the St.Louis Rams and the Cincinnati Bengals hosting the Indianapolis Colts, an as yet unidentified NFC East team and the Washington Redskins respectively,

Twickenham is to join Wembley as a venue next year and with the new Tottenham Hotspur stadium signposted as a venue for future games, surely it has to be a question of when, not if, London will be granted its very own franchise?

The NFL was looking at a 15-year plan for a potential franchise to be established which takes us to 2022. NFL executive vice president for international, Mark Waller, stated at the start of this year’s games that “it’s a realistic time frame” and the NFL is “really focusing on the logistical and operational side" of things to test the viability.

Read more: London is ready for an American football touchdown

The popularity of the game in the UK is undeniable: More than 1m people are believed to have attended the 14 games hosted at Wembley so far with an average attendance of just over 83,000. Some 40,000 attended all three games this year. Furthermore, the economic argument seems to have been settled, a Deloitte report in 2014 estimated that a London franchise could benefit the UK by some £102m per year.

Political will doesn’t seem to be a problem with both the Chancellor, George Osborne, and current London Mayor, Boris Johnson, firmly on side, yet there are still a number of financial and legal issues that will need to be addressed before this becomes a reality.

The NFL is governed by its Collective Bargaining Agreement (CBA) – the current deal was signed in 2011 and runs to 2020 – which classifies distribution of league revenues, sets health and safety standards and establishes benefits, including pensions and medical benefits, for all players in the NFL. It is agreed by the team owners and the National Football League Players Association (NFLPA). While it will ultimately be the team owners who decide on the London franchise, the NFLPA will play a key role as the new CBA from 2020 will likely have to allow for the impact a London franchise could have on working conditions for the players.

The issues primarily centre around taxation of the players and the franchise. For players, despite the existence of double tax treaties between the UK and US, being on the London team’s roster will likely result in a net cost, though it is possible that this could be overcome through wrangling with the CBA.

For the London franchise, the structure utilised is likely to come under heavy scrutiny given the current corporate tax climate in the UK, so careful consideration will need to be given to make it as transparent as possible whilst still protecting the franchise’s ability to run its business effectively.

Additionally, the issue of work permits would need addressing. Currently, any non-EU national requires a work permit for employment purposes and, assuming the majority of players would not be covered by temporary work permits granted for “sporting visitors”, consideration of how the rules regarding the granting of work permits specifically for this purpose would be paramount for the franchise and the NFL.

The final area to consider, is how the EU would react to a franchise being located in London with regard to its competition and free movement of labour laws. Given the NFL has to comply with US anti-trust laws, the competition element is likely to be less of an issue. However, on the free movement of labour, certain issues such as the draft system and free agency could provide problems at the EU level.

So, where does that leave the London franchise project? Certainly an organisation as commercially driven as the NFL is ($11.1bn total revenue in 2014) is not likely to have embarked on a project such as this if it did consider it to be a viable option, so it would be reasonable to conclude it is matter of when, not if.

That just leaves the when? Given that providing Los Angeles with a franchise is still at the forefront of owner’s minds, my guess is that it will be a lot closer to the 2022 timeframe than originally thought.