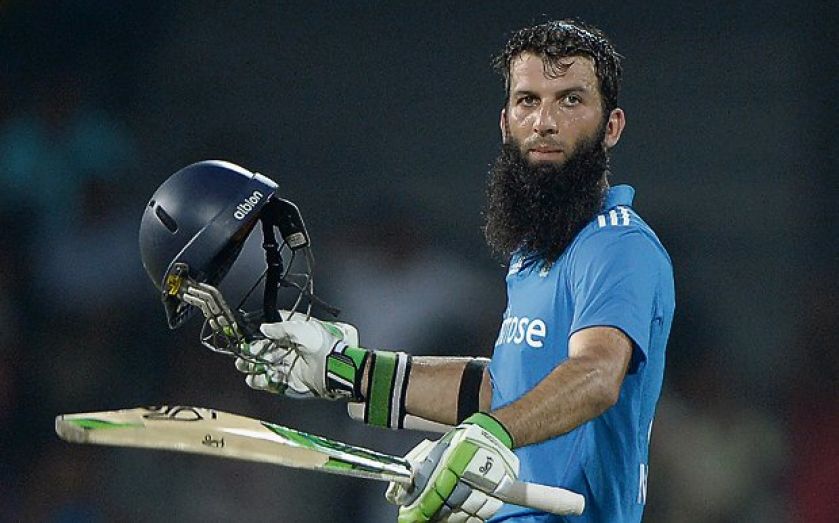 SKIPPER Alastair Cook rued his side’s inability to capitalise on Moeen Ali’s sparkling century as England slipped to a 25-run defeat against Sri Lanka in the first one-day international in Colombo yesterday.

Opener Moeen struck 11 fours and five sixes in his 87-ball 119 while Essex all-rounder Ravi Bopara added a composed 65 before his wicket confirmed Sri Lanka’s victory as England were dismissed for 292.

Tillakaratne Dilshan was the dominant force as Sri Lanka amassed a daunting 317-6, with his knock of 88 together with half centuries from Kusal Perera and Mahela Jayawardene ensuring the hosts posted their highest home score against England.

Moeen’s maiden ODI ton, from 72 balls, was the third fastest by an English batsman and while his stylish innings justified the decision to promote the all-rounder to the top of the order, Cook insists England were guilty of failing to follow his lead.

“Mo obviously played a fantastic innings. He produced a super innings and showed us the way,” said Cook. “But it’s frustrating to come out on the wrong end because we did a lot of good things, especially with the bat.

“We have got a lot of talent out there and it showed but we are not putting a whole game together. I know it’s the first game on tour but it’s been happening for a while now.

“When someone gets the third quickest hundred you should win games of cricket. Jos [Buttler] did it at Lord’s [61-ball hundred against Sri Lanka] and we lost that as well. It shows we are doing a lot of things in patches, just not putting a whole game together.”

The inexperienced pair, who have just 26 caps between them, failed to make early inroads as Perera and Dilshan brought up a century stand inside 19 overs, while England utilised seven bowlers in the first 21. “I don’t think we bowled as well as we could’ve done in the first ten overs,” added Cook. “We dragged it back in the middle overs but we need to tighten up and get savvy with the ball.”