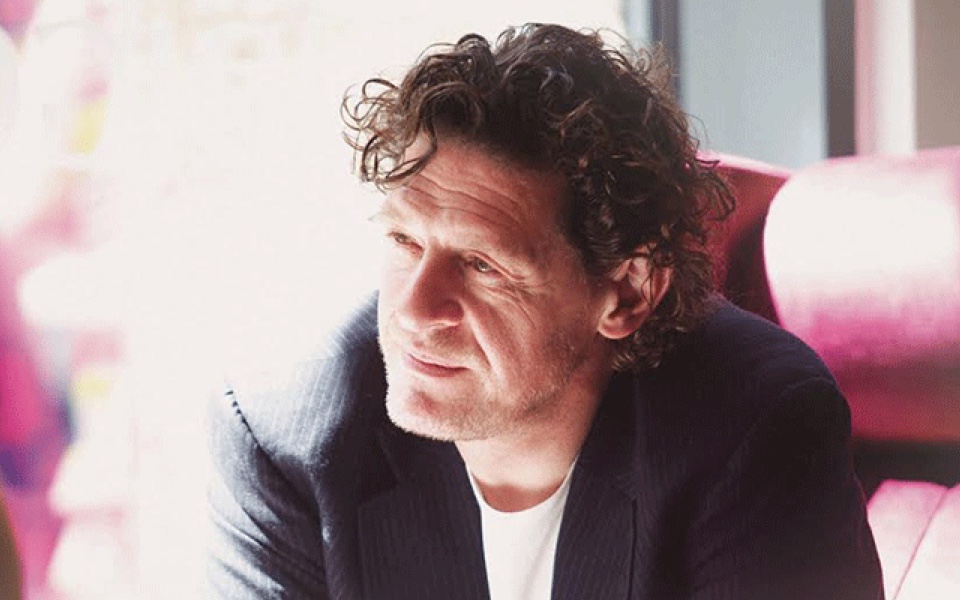 Marco Pierre White has been a trailblazer in many respects, but he recently became perhaps the best-known chef to produce a gin bearing his own name.

The restaurateur has launched his £54.95 Mr White’s London Dry gin, made by Dai Wakely of Wales’s Cygnet Distillery.

“I distinctly remember the captivating smell of the juniper berries being distilled at Booth’s Gin distillery on Wandsworth Bridge as I made my way to and from Harveys on Wandsworth Common, London,” says White, who once said that that the basis for a good sauce is the same principles as the basis of a great alcoholic spirit.

White isn’t the only chef in on the gin game, however. In April, Devon’s Salcombe Distilling Co partnered with Michelin-starred chef Paul Ainsworth to create Daring Gin. Audemus Spirits also teamed up with Michelin-starred chef Anne-Sophie Pic and sommelier Paz Levinson to launch Fractal 2.0 and Anne-Sophie Pic Gin. Jason Atherton, meanwhile, experimented with his own gin in his Social restaurants.

It’s not only chefs getting hands-on with booze. Stars as diverse as Kylie Minogue, Phillip Schofield, Sir Ian Botham and the Delevingne sisters have all launched their own wines, while George Clooney, Marilyn Manson, Justin Timberlake, Ryan Reynolds and David Beckham have chosen the spirits route.

Also Read:
Euro 2020: Where to watch the England Italy final in London

“In my experience, many celebrity wines have been affordable and perfectly drinkable, if nothing special,” says Peter Mitchell MW, Wine Director of London’s Jeroboam’s. “For some customers, celebrity gives them some reassurance and also something they want to identify with. But they are rarely wines with a sense of excitement.

“They certainly have a place but it is most likely to be on supermarket shelves rather than specialists or in the on-trade. There are exceptions – wine estates of genuine merit that happen to be owned by Sam Neill and Francis Coppola.”