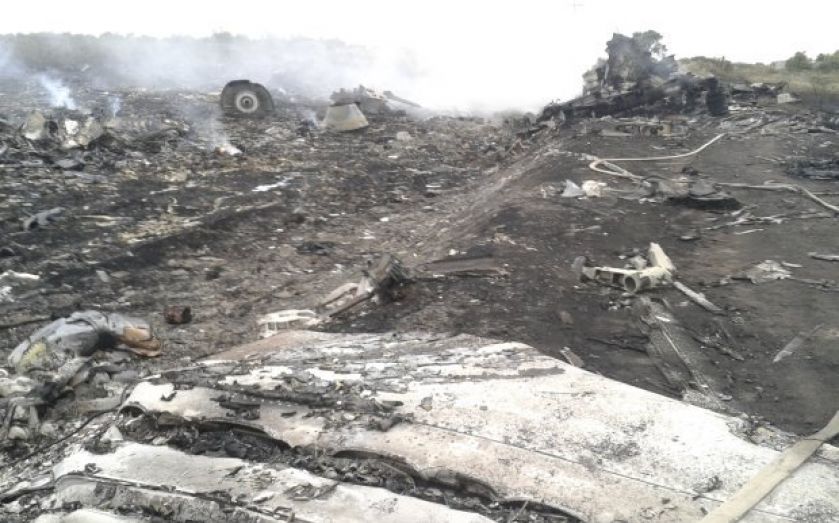 A plane belonging to Malaysian Airlines has gone down over eastern Ukraine, near the Russian border.

Malaysia Airlines has tweeted that it lost contact with flight MH17 from Amsterdam, and that the last known position of the plane was in Ukrainian airspace. The plane was travelling towards Kuala Lumpur.

The Boeing 777 was carrying some 295 passengers. Ukrainian interior ministry adviser Anton Gerashchenko has posted on Facebook saying that all 280 passengers and 15 crew have been killed in the crash.

Gerashchenko states that the plane was flying at an altitude of 33,000 feet (10,000 metres) when it was brought down by a Buk ground-to-air missile. The Buk missile system was developed by the Soviet Union and Russian Federation to operate at medium-ranges.

News agency Interfax quotes pro-Russian separatists of the self-declared Donetsk People's Republic as denying reports that rebels shot down the plane, stating that they lack defence systems with the capability to reach that altitude.

Flightradar24, a service which tracks air traffic, has tweeted the above map as the last position of MH17 before it disappeared.

The video below, posted on YouTube, is claimed to depict smoke from the crashed passenger vessel, although its authenticity can not be confirmed.