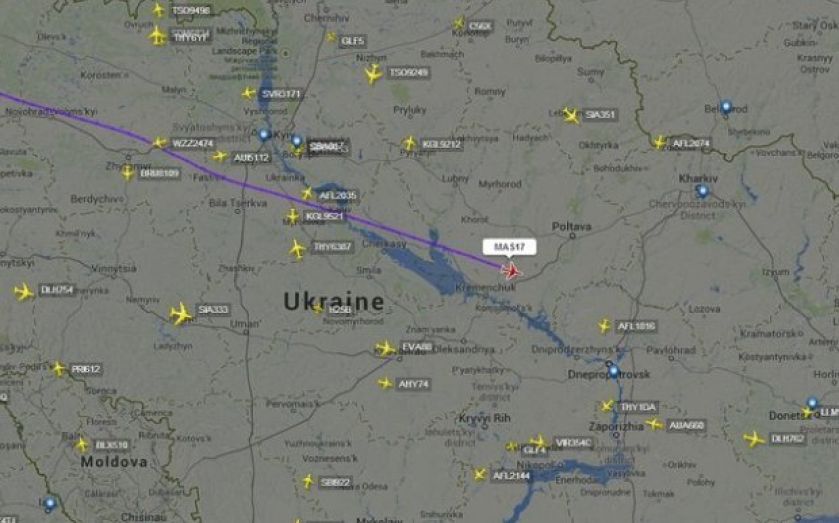 MH17, the plane which went down over eastern Ukraine near the Russian border, can be seen on the map below in its last transmitted location.

Flightradar24, the flight tracking service, tweeted the image below, showing the Boeing 777 close to the city of Poltava in Ukraine flying at 33,000ft, or 10,000 metres.

The flight was headed from Amsterdam to Kuala Lumpur. Ukraine's interior ministry adviser, Anton Gerashchenko, has said in a Facebook post that the flight was shot down with a Buk missile system.

News agency Interfax quotes pro-Russian separatists of the self-declared Donetsk people's republic denying reports that rebels shot down the plane, stating that they lack defence systems with the capability to reach that altitude. 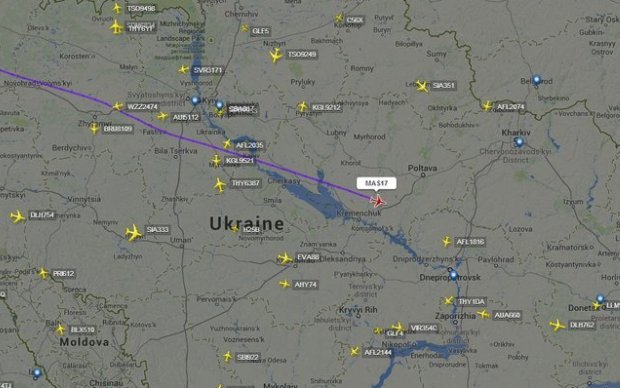