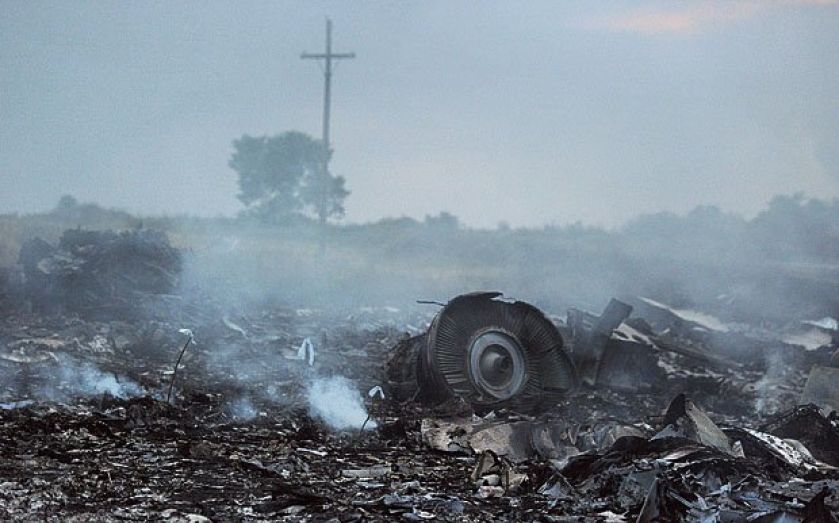 A passenger jet was shot down over Ukraine near the Russian border yesterday, killing around 300 people and straining the already tense geopolitical situation.

Malaysia Airlines flight MH17 from Amsterdam and Kuala Lumpur lost contact with the ground at around 2:15pm GMT. Six of the passengers killed are believed to have been British, and 80 were children.

Ukrainian interior minister Anton Gerashchenko laid the blame for the crash on militant rebel groups in the east of the country, while separatist leaders condemned the government, accusing them of the same. Petro Poroshenko, the President of Ukraine blamed a “terrorist attack” for the downing of the plane.

Reports suggested that a Soviet-era Buk missile, a system used by both Russia and Ukraine brought down the jet from 33,000 feet. Several helicopters, a transport plane and two Ukrainian fighters have been shot down in recent days.

The US government had already tightened sanctions against Russian companies and individuals close to Moscow, adding Ukrainian breakaway groups to its “specially designated nationals” list – whose US as­sets are frozen.

Former presidential candidate US senator John McCain told MSNBC that “there’s going to be hell to pay and there should be” if it transpired that Russian or separatist militaries had mistakenly destroyed the plane.

Eurocontrol said yesterday that air routes at all altitudes in eastern Ukraine have been closed. Last month, a navigational warning was issued by UK aviation authorities saying that British aircraft were “strongly ad­vised to avoid, until further notice, the airspace over Crimea, the Black Sea, and the Sea of Avov”.

Meanwhile, an Israeli ground offensive in the Gaza Strip after 10 days of rocket fire by Palestinian Hamas militants and Israeli air strikes served only to heighten international tensions.