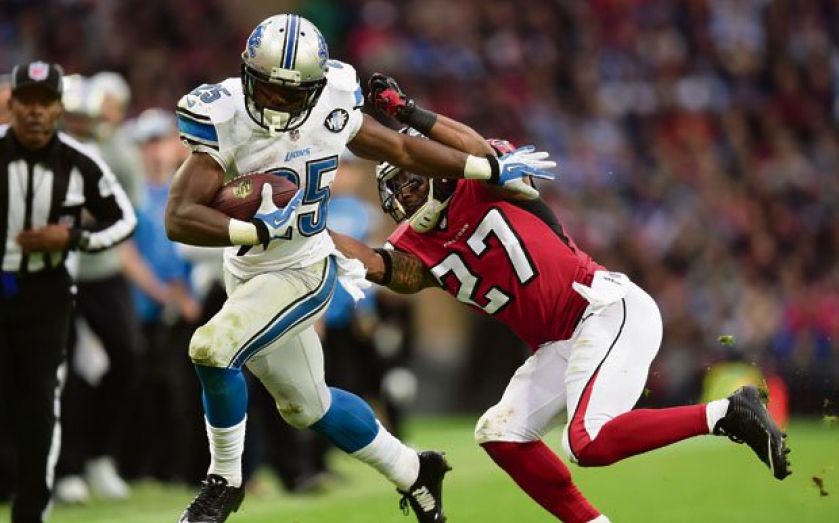 A LONDON NFL team would boost the capital’s economy by more than £100m annually, a new report claims – but the sport’s chiefs have warned that they are not prepared to rush into the move.

Deloitte’s study, commissioned by the National Football League (NFL), calculates that a franchise that played its eight home games at Wembley Stadium would generate £102m for Greater London.

Last year’s two NFL matches at the same venue injected an estimated £32m, while the addition of a third sold-out London fixture, being played next week, is set to see that figure grow even further this season.

Culture, media and sport secretary Sajid Javid called the Wembley matches “a great success on and off the field” and said London and Britain would “welcome with open arms” a franchise.

The Mayor of London’s head of sport Simon Cooper said: “We think things are coming along very well for that. The Mayor is a huge supporter of that, and we think everything is in place now to make that happen.”

Suggestions emerged earlier this month that a gridiron team could move to Wembley as soon as 2018, but NFL international chief Mark Waller said no decision on the proposal was expected before 2019.

Waller, who last month indicated that a 2022 start date for a London franchise was “on track”, added that further experimentation with Wembley games on consecutive weekends, the removal of a week’s post-match rest that visiting teams currently enjoy, and fixture scheduling was needed before firm plans could be put to a vote of owners of the existing 32 franchises.

“Can this team be competitive? Because ultimately there’s no value to anybody putting a team here and then finding that the rigours of the season do not allow it to compete at the highest level,” he said. “That’s probably a five-year piece of work.”

Wembley hosted Detroit Lions’ win over Atlanta Falcons on Sunday, and will stage Jacksonville Jaguars against Dallas Cowboys on 9 November.