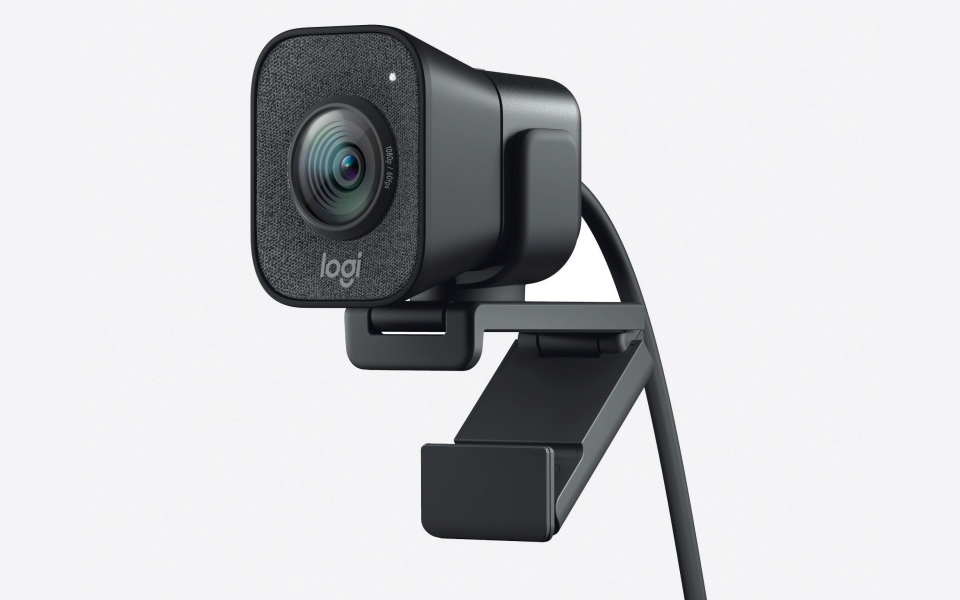 As fears of a global pandemic begin to tighten their grip on the capital, more and more businesses are requesting that their employees work remotely, rather than slither into the office to spread disease with their grubby little paws and miasma-spluttering faces.

The outbreak has even prompted Google and Microsoft to temporarily grant free access to their conferencing software to organisations looking to isolate their staff, in an effort to help them quickly transition to a remote working model.

With this in mind, it’s more important than ever to ensure your home office is set up to make remote working as seamless and as functional as being at your desk. The Logitech StreamCam is a key component of this puzzle, a webcam geared for live streaming and content creators, but with a sharp and smooth 1080p and 60fps output that broadcasts your face to virtual meetings with uncanny fidelity. This is a far cry from the dusty webcams of old – which had the unfortunate side effect of making you look as though you’d be taken hostage by insurgents – and a clear step up in quality from most built-in, front-facing laptop cameras.

Though this is a ostensibly a camera built for TikTok, Twitch and YouTube, that also means the StreamCam works particularly well in low-light environments – the spare rooms and badly illuminated corners where we tend to work at home – which it achieves by cutting its framerate in half to increase exposure. It also locks on to and auto-exposes for faces more consistently than fixed-focus, enterprise-level conferencing cameras, while using its wide field of view to automatically pan around and keep you in the frame. This is useful if you tend to move around a lot while you speak, and one less thing to worry about if you’re presenting or hosting meetings remotely.

And if you do happen to end up lured into the lucrative world of playing video games for strangers on the internet, then all the better. The StreamCam can be twisted on its side to broadcast vertically and in full HD for mobile phones, supports in-camera chroma key compositing (ie. green screen) and comes with decently powerful video streaming software to combine feeds from different sources into a single output.

While that’s perhaps a gratuitous degree of production value for your afternoon Slack debrief, it’s the mark of a versatile and powerful little webcam. In the company’s ongoing mission to revamp our desktops – last year’s MX Master keyboard and mouse combo were, against all odds, somehow cool – the StreamCam is Logitech’s latest success.

Working from home? Here’s the essential tech to turn your home office into a productivity bunker…

The boom mic of the Logitech Zone Wireless headphones has been tuned for high-quality voice calls, ensuring that you sound your best during Skype meetings. They feature a softly padded on-ear design that’s comfortable to wear for long periods of time, drastically reducing your chances of developing sweaty swamp ears. They’re noise cancelling too.

The poppy red alcantara typing cover of Microsoft’s Surface Pro 7 is so strikingly pretty, it’s a shame working from home means you won’t be able to show it off to anyone besides your partner and the postman. This is Microsoft’s magnificent, do-it-all hybrid, a powerful two-in-one laptop and tablet that can run anything a full-sized desktop Windows PC can. That reliable software compatibility makes it ideal for working on projects between the office and your home.

A professional and stylish USB microphone, the Blue Yeti X builds on the award-winning design of the best-selling Blue Yeti mic, with a four-capsule condenser for more focused pick-up patterns. What that means is anyone’s guess, but we reckon if you wanted to start a podcast during your enforced remote working hours, you could do a lot worse than claiming one of these back on expenses.