Lindores Abbey is about to release its first whisky in... 527 years 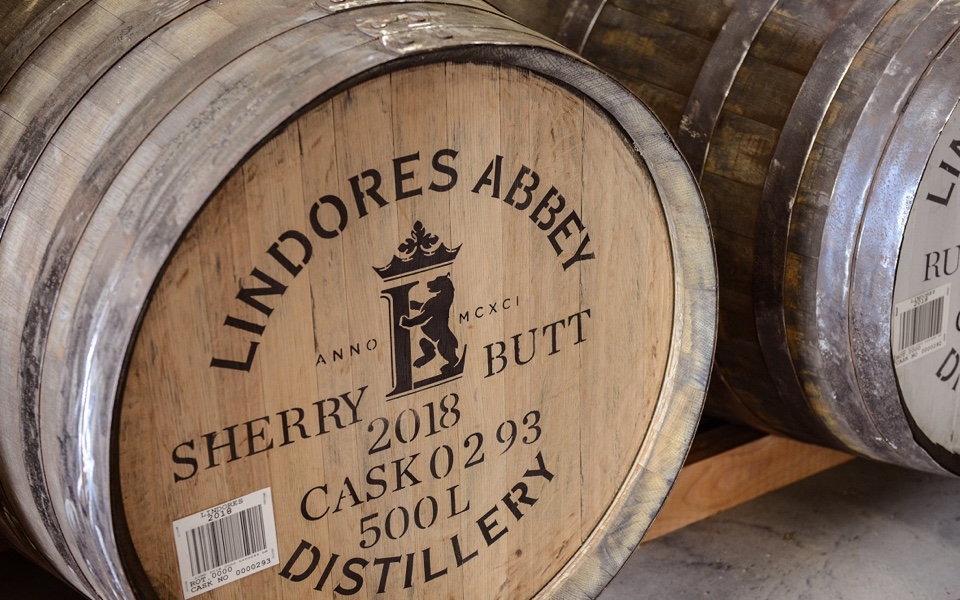 In September Gordon & MacPhail will release an 80-year-old whisky which will be the world’s oldest single malt Scotch. But for Lindores Abbey, 80 years is a mere blink of an eye. Now world’s first recorded distillery is set to release its first expression in 527 years.

“To be able to bring Scotch whisky back to its home is a dream come true,” says founder Drew Mackenzie Smith who, with distillery manager Gary Haggart, will release Lindores Single Malt MCDXCIV to the general public on 2 July, following the initial release of 1,494 bottles for ‘1494 Club members in the spring.

As you may have gathered, 1494 was the year distillation was first recorded at the Tironesian Lindores Abbey in Fife, with many believing it to be the world’s first distillery.

“The response to our inaugural members’ release was hugely positive and we are delighted to be able to now share the commemoratively labelled Lindores and Lindores MCDXCIV,” says Mackenzie Smith.

Lifetime membership of the 1494 Club costs £500 and includes contributing to the abbey restoration project and having a tree planted in your name in the orchard of “The Church By The water”, so called because fo its position by the river Tay in Newburgh. It was here that, in  1494, Brother John Cor, a Tironesian Benedictine monk, made “aqua vita” for King James IV from “eight bolls of malt”.

The abbey was built in 1191 as a “daughter house” to Kelso Abbey on land given by King William I to David, Earl of Huntingdon. The monks also made rose water for King James V. The farm was bought by the Mackenzie Smith family in 1913, who discovered ancient distilling equipment in the grounds.

The new whisky was laid down in John Woodford Reserve and Old Forester bourbon barrels three years and one day ago. It was Mackenzie Smith, the current “Custodian of Lindores”, who decided to revive the abbey’s whisky-making heritage and open a modern, state-of-the- art distillery on the historic site.

As well as whisky, the distillery also produces Aqua Vitae, a handcrafted botanical spirit that includes Douglas fir and sweet cicely. It can be drunk, amongst many other ways, with ginger ale, port, coffee or hot chocolate as well as in a rhubarb and hibiscus punch.