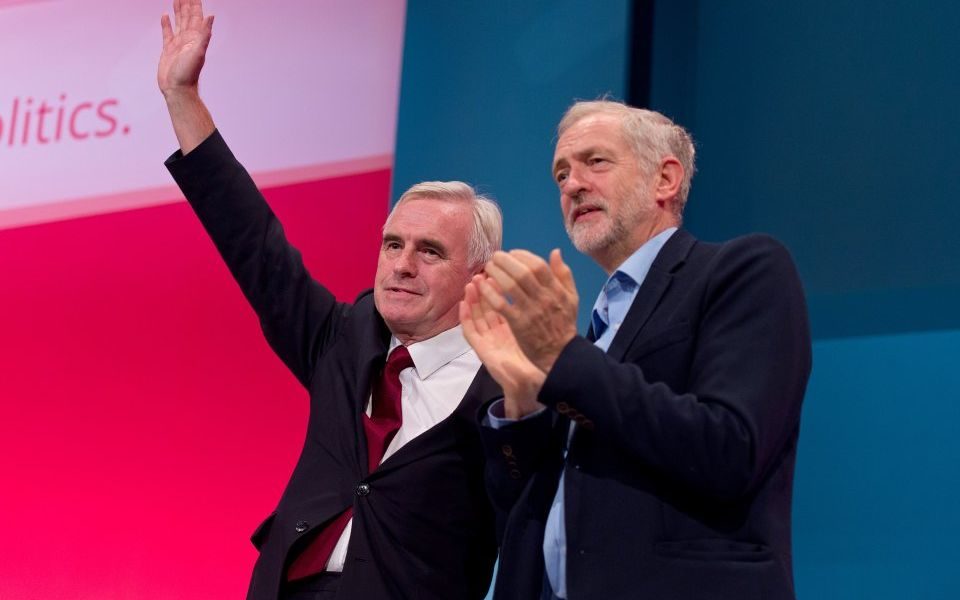 In the wake of the political chaos, with the government fixated on Brexit, there is a credible threat of two Trotskyite Marxists becoming Prime Minister and chancellor.

While the likelihood of a General Election this year remains low, it cannot be ruled out. This means that there is no greater task for the government at present than thwarting the threat of the most left-wing administration in British political history

To Jeremy Corbyn and John McDonnell, Venezuela and North Korea are economic success stories, and the collapse of communism was a tragedy.

The fact that South Korea’s economy is now 37 times the size of its northern counterpart is utterly ignored, as is the inconvenient truth that Venezuela should be South America’s richest economy, but has been consigned to destitution and hyperinflation by socialism.

These men want to spark the economic and social disruption that leads to Trotskyite “permanent revolution”. They view Michael Foot’s 1983 Labour General Election manifesto – dubbed the longest suicide note in history – as an example of right-wing welfare capitalism.

The number one lesson of economic history is that freedom and competition are the key to prosperity. But Corbyn and McDonnell hate the US and UK as capitalist imperialists who subjugate the poor.

To them, entrepreneurship is all about money and greed. They have no conception of the creation of wealth and how it is achieved.

A new national investment bank and state-led industrial strategy will be sought as a replacement for entrepreneurship, markets, and innovation. Competition will be attacked on all fronts, with nationalisation and public sector monopolies.

This is likely to start with the renationalisation of the railways and the restoration of a postal services monopoly – Amazon be warned.

Corbyn and McDonnell can barely bring themselves to say the word “markets”, such is their hatred. Their only concern is class war and the expropriation of wealth. Expect forced wealth extraction, punitive taxes, and massive redistribution.

But this is only the beginning. The destruction of the City will become a central aim of policy, with financial transaction taxes and other measures. The more the City contracts, the more Corbyn and McDonnell will cheer. That will be their measure of success.

The public sector payroll will mushroom, with more workers, on higher salaries. As the public sector deficit explodes, the Bank of England will be ordered to buy up government debt, at the same time that it is told to relocate to Birmingham.

Don’t be deceived by the “blokey” nature of the Labour leader, or the moderate tone of the shadow chancellor. These are politicians trained in the Marxist arts of deception, with iron fists in velvet gloves.

As Margaret Thatcher pointed out, socialism always ends up failing because sooner or later it runs out of somebody else’s money. Unfortunately, it also kills the wealth creation process along the way.

McDonnell’s Who’s Who entry cites his pastime as “generally fermenting the overthrow of capitalism”. The Tories should be doing everything within their power to stop him and comrade Corbyn from doing just that.