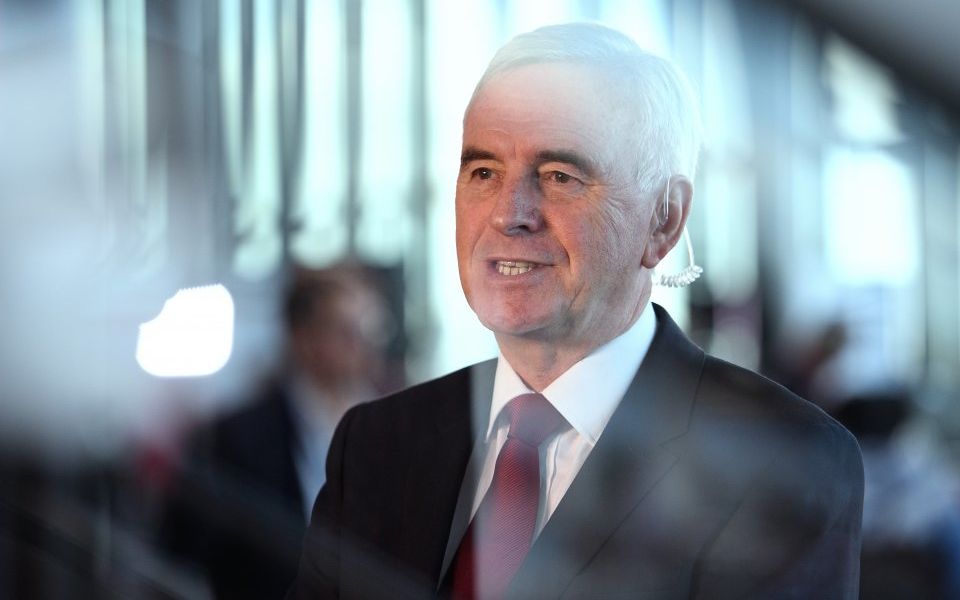 Labour would not offer a second vote on Brexit, shadow chancellor John McDonnell appeared to admit this morning.

The opposition would seek to force a general election over Brexit, but if that is not possible would back a so-called people’s vote, he told Radio 4’s Today programme this morning.

However, choosing to remain in the EU would not be an option on that ballot under Labour, he said, saying it would be a choice between accepting any deal the UK strikes with the bloc and crashing out without one.

Pressed on whether 'remain' would be an option, he said: “Parliament will decide what’s in that ballot paper; we believe it should be a vote on the deal itself, and then enable us to go back and do the negotiations.”

Labour’s Liverpool conference is expected to commit the party to seeking a second vote if it doesn’t manage to trigger a general election.

McDonnell also doubled down on his plan to force companies to put 10 per cent of shares into so-called “inclusive ownership funds” that give staff shares in their companies.

“Any company that is successful does it on the basis of the state,” he told Radio 4. “The training, the education the infrastructure that goes in, even the NHS treats their workers when they’re sick, and all we’re saying is above a certain level, part of this dividend becomes a social dividend and that will go to the state.”

He also called for an earnings cap on FTSE chief executives, claiming their wages are 145 times higher than their staff’s average earnings.

“That’s grotesque inequality and we’ve got to tackle that,” he said. “We’ve got to have a more equal society and we have to look at how we can do that. Shareholdings is one and pay ratios is another.”

"Labour’s anti-business positioning is starting to bite," said Carolyn Fairbairn from the CBI.

"Rising wages are what everyone wants to see. But Labour is wrong to assert that workers will be helped by these proposals in their current form. Their diktat on employee share ownership will only encourage investors to pack their bags and will harm those who can least afford it. If investment falls, so does productivity and pay.”