Kyle Edmund, Cameron Norrie and Dan Evans all on the up and proving there's life beyond Andy Murray 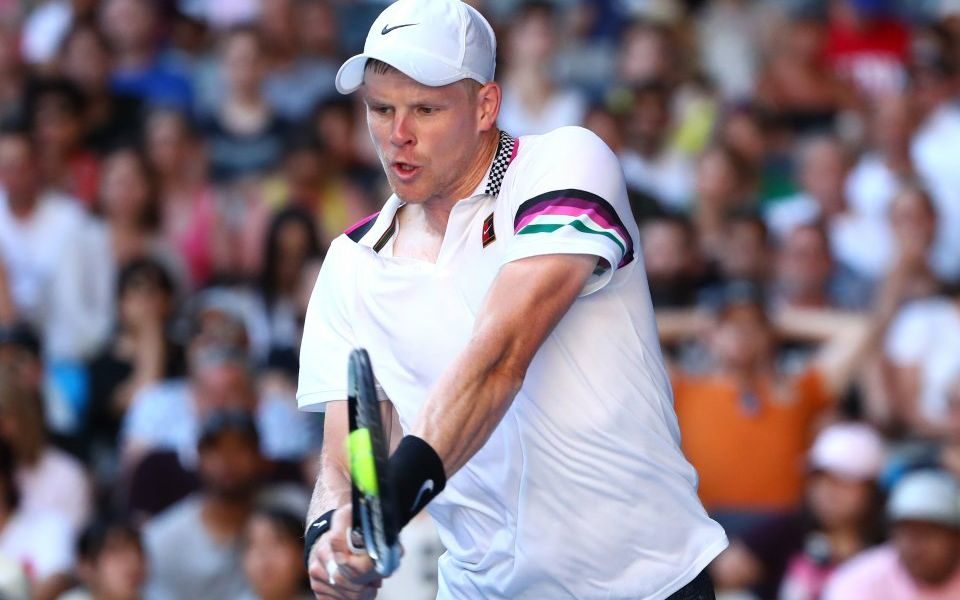 For so long the success of Andy Murray was all consuming in British men’s tennis.

At his peak the three-time Major winner battled, and prevailed, against some of the sport’s all-time greats. He attracted millions of fans and dominated headlines through his performances and personality.

But injury has struck down the Scot, leaving him on crutches and leaving fans to find new heroes. The signs are that they now have more than one to choose from.

The start of 2019 has been hugely encouraging for Britain, with the top three men’s players all finding form to provide plenty of excitement.

Leading the surge is British No1 Kyle Edmund, who has recovered from a frustrating period of injury to return to the peaks of 2018.

The 24-year-old rose to a career-high ranking of No14 in October following a run to the semi-finals of the Australian Open and a maiden ATP Tour title in Antwerp, but he has been forced to be patient recently. A knee injury saw him put down his racket and play just two matches in four months before the retirement of coach Fredrik Rosengren complicated things further.

“It’s been a challenging period for him and some frustration being out injured,” said Mark Hilton, who has taken over coaching duties since Rosengren’s departure. “It messed up his pre-season a bit.”

Edmund arrived at the Oracle Challenger Series at Indian Wells without a win this year. As the top seed he had some expectation but mainly he was searching for form and fitness.

The fact he was able to go from zero wins to five and claim the title with a 6-3, 6-2 victory over Andrey Rublev was testament to his work rate and desire.

“It’s the mental competitiveness of wanting to get going,” Edmund explained last week. “As a tennis player, you’re used to playing 10 months of the year. But in the past four months I’ve had only two matches. You want to start playing again. To come here is great and I feel good. Every match I play I’m getting used to the speed and the pressures of break points. You can’t really get that in training and practise.”

It’s not just Edmund who is on an upward curve. Cameron Norrie has broken into the top 50 of the ATP rankings for the first time in his career by reaching the semi-finals of the Mexican Open.

The 23-year-old enjoyed a confidence-building week, beating fourth seed Diego Schwartzman and was only being stopped by world No3 Alexander Zverev.

Although disappointed to miss out on just a second ATP Tour final, the achievement moved Norrie up to No48 in the rankings – a career-high and the result of sustained improvement for the left-hander.

While Edmund’s success in California was perhaps to be expected and Norrie’s ascent is the continuation of a steady trend, the rise of Dan Evans is perhaps the most noteworthy.

The 28-year-old has returned brilliantly from a one-year ban for taking cocaine, with his recent form carrying him back into the top 100 alongside his compatriots.

“It was the worst time in my life,” he reflected last week. “It’s not easy to be happy with yourself day in and day out when the fact is that I was [ranked] 40 in the world, and I threw it away. Having to start again from scratch was the hardest thing I have had to do.”

That’s exactly what he’s done. Having come through qualifying he beat world No9 John Isner on the way to reaching the final of the Delray Beach Open, where he had three match points to win a first ATP Tour title. Ultimately he lost to Moldova’s Radu Albot, but he proved it was no fluke by backing it up at Indian Wells, where he made the semi-finals.

The days of Murray mania may be gone, but with Edmund, Norrie and Evans on the up, Britain can still look forward to an exciting 2019.