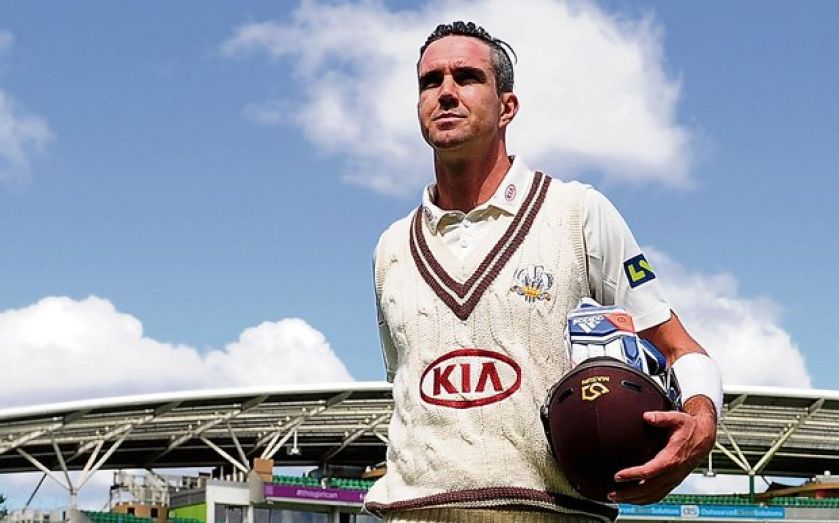 Controversial batsman Kevin Pietersen could take legal action against the England and Wales Cricket Board (ECB) over claims that he was misled regarding his chances of earning an international recall, according to leading sports lawyers.
Pietersen has alleged that he was “deceived” by incoming ECB chairman Colin Graves, arguing that he was told there could be a route back into the England fold should he play county cricket and score the necessary volume of runs.
The 34-year-old sacrificed his lucrative Indian Premier League contract with Sunrisers Hyderabad in order to facilitate a return to Surrey – a move that, according to his county boss Alec Stewart, cost Pietersen in the region of £250,000.
“On the face of it, Pietersen may have an actionable claim for damages against the ECB for breach of contract,” Graham Shear, litigation partner and head of sports group at Berwin Leighton Paisner LLP, told City A.M.
“Whether he could successfully bring such a claim will depend upon the quality of the evidence he is able to provide to the court.”
Read more: I’m not sure we’ve seen the last of Kevin Pietersen in England colours
It is not known whether Pietersen is considering taking legal action against the ECB, while Graves is yet to respond to the former England captain’s allegations.
The row came to a head earlier this week when Pietersen hit a career-best 355 not out for Surrey against Leicestershire, only to be told by England’s new director of cricket Andrew Strauss that he would not be selected this summer.
“For a contractual claim, the challenge for Pietersen is whether he can demonstrate that the terms relied upon are sufficiently certain and whether Colin Graves was clear in his assurances or promises,” added Shear.
“Alternatively, in considering deceit, whilst it seems that there is a long standing and tense history between Pietersen and the ECB it is unlikely that Graves intentionally lied to Pietersen about his prospects of being considered to play for England again.
“However, a claim for deceit can still succeed if a person recklessly makes a false statement which is then relied upon. It could well be argued by Pietersen that he relied upon and acted on Graves’s alleged comments or promises and gave up his IPL contract as a result. Again, everything depends on the evidence that the parties are able to provide regarding the alleged promises or assurances.”
Another sports lawyer, who did not want to be named due to their links with English cricket, told City A.M. it might be possible for Pietersen to make a claim of negligent misstatement but that the approach would be “fraught with difficulties”.
They added that Graves’s position as the incoming chair of English cricket’s governing body might also complicate any legal action. “The first thing Pietersen would have to prove would be that the incoming chairman Colin Graves owed a duty of care to him and that in itself is difficult,” they said. “The ECB could say he wasn’t making those statements on behalf of the ECB and that it was just personal opinion.”
Read more: Vaughan: KP ban will hurt coach search
Share:
Tags: Mario Draghi People