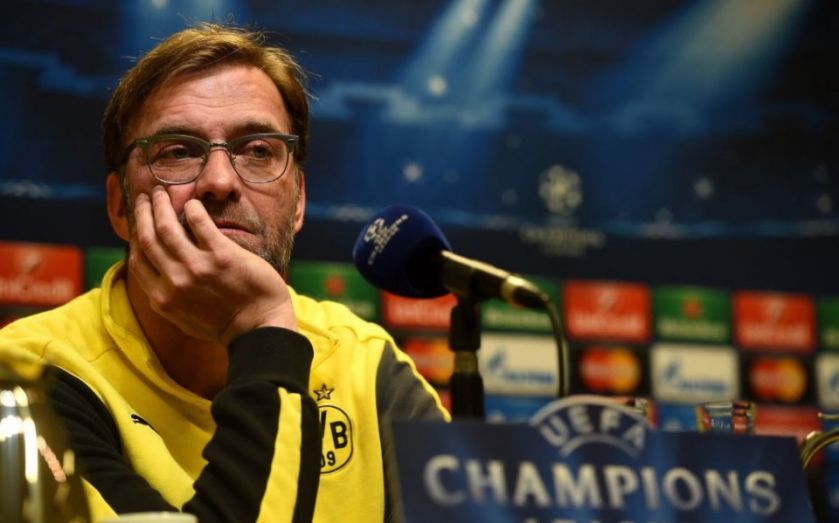 Borussia Dortmund's share price fell more than five per cent today as investors panicked at the news manager Jurgen Klopp is to leave the club.

Klopp will hold a press conference on Wednesday afternoon in which he is expected to announce his departure at the end of the Bundesliga campaign.

Investors' fears of a post-Klopp Dortmund demonstrate the remarkable success the club has achieved under Klopp, winning two league titles, one German cup and reaching the Champions League final in 2013.

The team's success is largely credited to Klopp's inspirational man management, eye for a bargain in the transfer market and hyper-intensive pressing playing style.

However, following a difficult season which has left the team 37 points off leaders Bayern Munich, the charismatic manager is reported to have asked the club to be released from his contract.

German newspaper Bild is reporting that Thomas Tuchel, who guided unfancied Mainz to a Europa League spot in 2014, could be next in line for the job.

Rumours have long circulated that Klopp is wanted by a number of Premier League clubs including Arsenal and Manchester City who are odds-on favourites. City manager Manuel Pellegrini could be sacked following a poor season. Arsene Wenger, meanwhile has a contract keeping him at the Emirates until 2017.