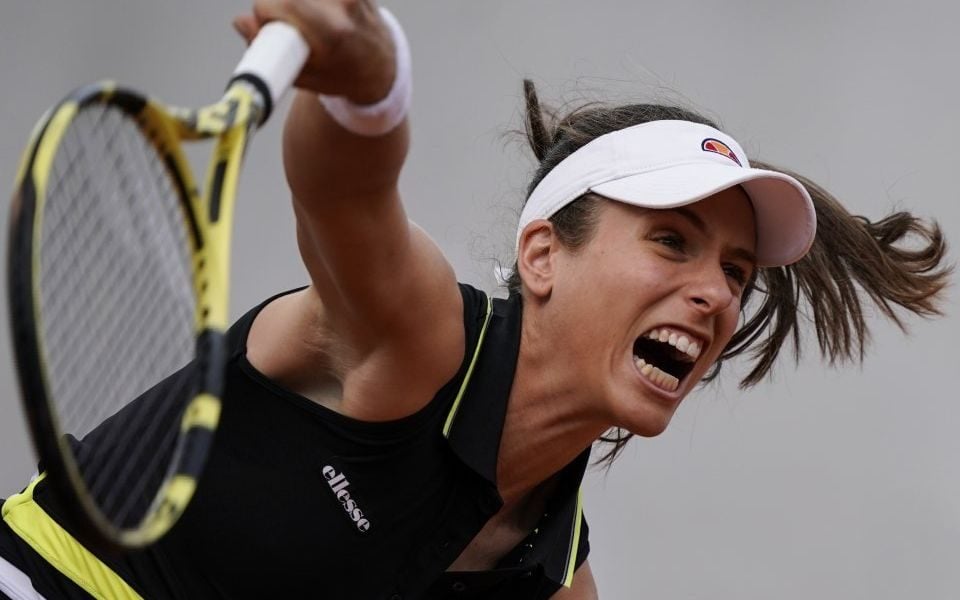 It took seven visits to Roland Garros but, finally, Johanna Konta is into the second round of the French Open and entitled to feel cautiously optimistic that her campaign in Paris will not end there.

The British No1 – beaten in the first round for the last four years and defeated in qualifying in both attempts before that – reached the milestone by overcoming Germany’s Antonia Lottner 6-4, 6-4 on Monday morning.

This was a straight-sets victory over a qualifier ranked 147th in the world, yet it was no cakewalk. Konta’s serve, back to its trusty best this year, faltered in the first set, and the match might have taken a different course had she not fended off break points at 4-4 in the second.

But it was huge psychological barrier cleared. Konta had been keen to play down its magnitude beforehand, however its significance in light of her previous record at this grand slam is undeniable.

This had already been a year of firsts for Konta on clay, traditionally her weakest surface. She reached a maiden clay-court final at the Morocco Open earlier this month and repeated that feat at the prestigious Italian Open, seeing off grand slam winners Sloane Stephens and Venus Williams in the process. In between those tournaments, it took world No3 Simona Halep to oust her in Madrid.

That form is reason enough to believe that, at 28, Konta can at last make it to the second week of the French Open, as she has at all the other grand slam events.

Now the draw has also taken on a more favourable complexion. Venus, fifth seed Angelique Kerber and Caroline Wozniacki have already exited Konta’s half of the draw, while an arm injury forced two-time Wimbledon champion Petra Kvitova to withdraw before her first-round match with Sorana Cirstea.

If she can beat American wildcard Lauren Davis next, Konta is likely to face a tough third-round match with Kiki Bertens, although the Dutchwoman was another of her victims this month in Rome. There is no name to unduly daunt Konta among the potential fourth-round opponents, who include Belinda Bencic and Donna Vekic, but a quarter-final against ninth seed Elina Svitolina or 2106 champion Garbine Muguruza, who sent her packing in Melbourne this year, would be another matter.

All that can wait, though. For now, Konta has already outdone herself and consigned talk of her Roland Garros drought to the past.