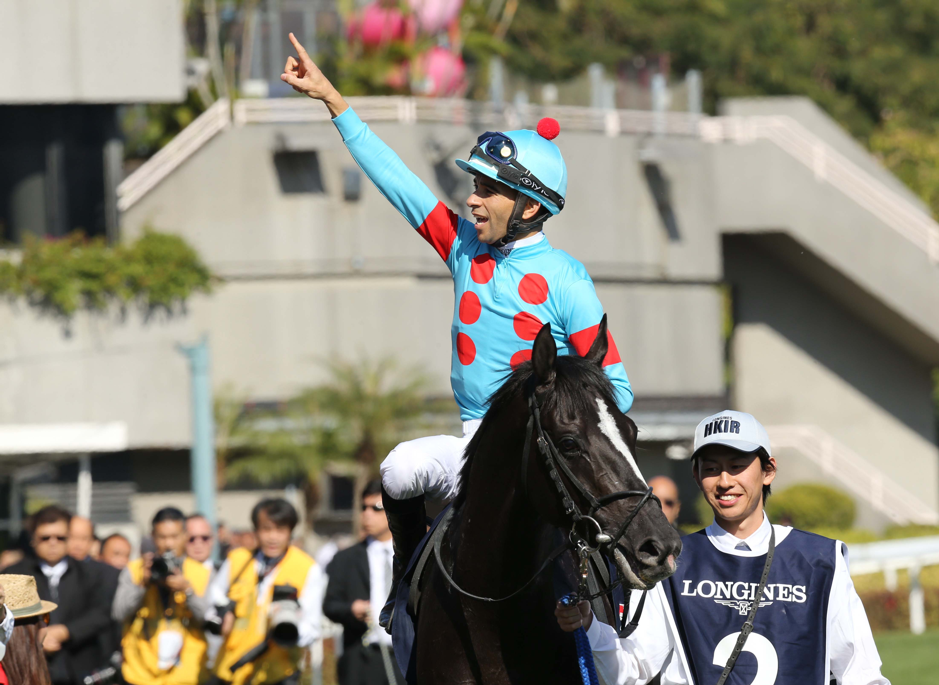 AFTER drawing a blank at the Longines Hong Kong International Races 12 months ago, the Japanese were back with a bang at Sha Tin on Sunday, winning three of the four Group One prizes.

In a tight finish, the five-year-old held off the late challenge of Aidan O’Brien’s Magic Wand who suffered an interrupted passage under Ryan Moore.

The gutsy filly from Ballydoyle ran a cracker following on from her Group One success in the Mackinnon Stakes at Flemington last month.

But it was the Japanese who were left celebrating a third win in the Cup in the past five years – and that was without their main contender Almond Eye who was originally due to run in the race.

It capped a remarkable day for the nation after Yasuo Tomomichi’s Admire Mars won the preceding Hong Kong Mile with Cristophe Soumillon in the saddle.

Hong Kong’s superstar Beauty Generation, bidding for a third straight win in the race, flattered to deceive again this season, travelling well into the race but failing to pick up at the business end.

It was an impressive performance by the winner who was the first three-year-old to claim the prize since 2003.

The Hong Kong Vase was the race which featured the most British and Irish-trained runners, but True Self in seventh was the best we could manage.

It was won by another Japanese horse, the aptly-named Glory Vase for Tomohito Ozeki and Joao Moreira.

Known affectionally as ‘The Magic Man’ by his army of loyal followers in Hong Kong, Moreira had an incredible day, winning two of the four Group One contest and then three of the handicaps.

He went into the big ones in a confident mood following two wins in the opening three races, and things got even better when John Size’s Beat The Clock took the Sprint 40 minutes after Glory Vase’s victory.

Size saddled a one-two in the race as Hot King Prawn ran on late to finish second, one spot in front of hot favourite Aethero.

Moreira has had many magic days at Sha Tin, notably when winning eight of the 11 races in one meeting in March 2017, but a five-timer on Hong Kong International Races day is about as good as it gets.