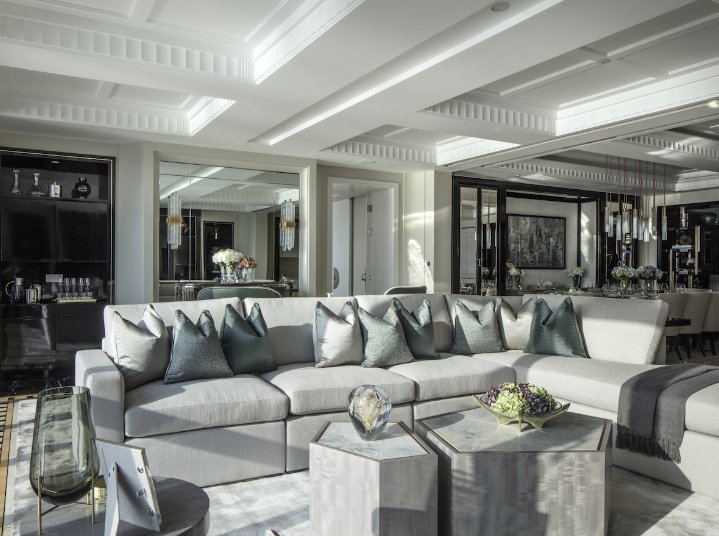 Anyone casting an eye around this spacious contemporary apartment would find its elegance reassuringly familiar.

English joinery, heritage brands, bespoke handcrafted furniture – you could be visiting One Hyde Park. But look outside the 18th-floor panoramic windows and it’s not the sweeping green of central London you see, but the majestic Huangpu river, snaking through the newness of Shanghai.

Yet it is exactly the polished elegance of the British interior design of One Hyde Park and its Candy & Candy stablemates that the apartment’s young Chinese owner wanted to recreate. This wealthy twentysomething developed British tastes while studying at the London School of Economics. When it came to decorating, he wanted to show he was an aesthete.

Gandhi says that when she mentioned to the client that there was a Farrow & Ball representative in China, he flatly refused to buy it locally, insisting it was airfreighted

If China is famous across the world for its fakes, this returning homeowner wasn’t leaving anything to chance – authentic product from trusted sources was paramount. He asked interior designers Elicyon from Chelsea to come up with a European aesthetic, predominantly British (and it was no coincidence that Elicyon founder and director Charu Gandhi and creative director Cecilia Halling are both ex-Candy & Candy).

“We find ‘British’ as a brand is very strong,” says Gandhi. “It carries with it an inherent message of legacy, attention to detail, quality and craftmanship.” 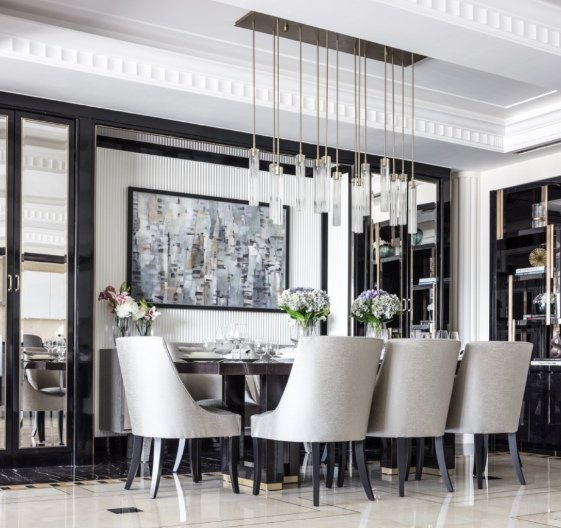 The roster of British names includes bespoke furniture-makers Davidson London, which crafted the dining table centrepiece in classic dark oak with a base in brushed brass; its sideboard, in contrast, is in two tones of tinted sycamore with a high gloss finish. Heathfield & Co, based in Kent, supplied bedside lamps in sculpted, blown glass with bubble detailing, and powder-room lights in tapered glass, a mix of mid-century and modern design. In the living areas, furniture was made by Porta Romana (British, despite its Italian-sounding name), and the list of a dozen or so UK brands also includes Wedgwood.

Walls are painted in, of course, Farrow & Ball. Gandhi says that when she mentioned to the client that there was a Farrow & Ball representative in China, he flatly refused to buy it locally, insisting it was airfreighted. He distrusted he’d get the real thing, Gandhi recalls. 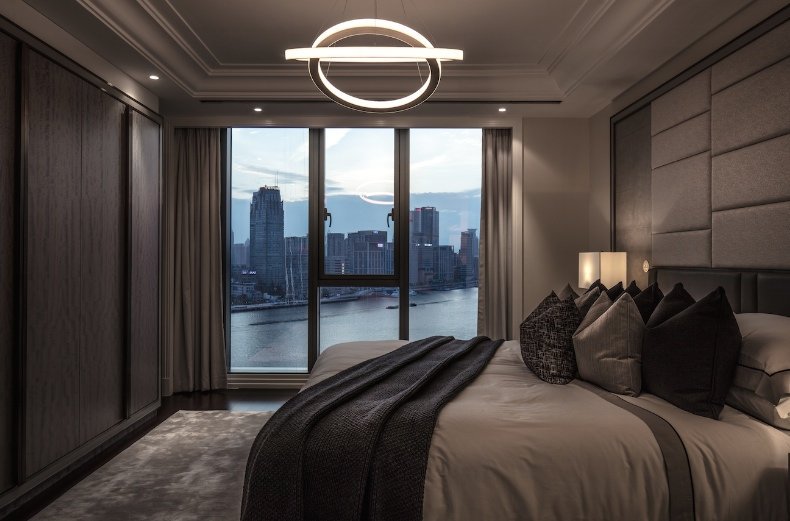 The whole rigmarole of importing goods and craftspeople from Britain to China was something the client wouldn’t compromise on. “A big part of the project was the joinery, which was by a British company who travelled out there,” Gandhi says, referencing the marble and antique brass joinery in the living areas, and the walnut veneers with accents of taupe leather and brushed brass in the study. “We also had to convert all the European lighting to comply with Chinese regulations. We airfreighted everything – the tools, the lightbulbs, and then a team of 12 met the airfreight to install it. The client facilitated translators for us on site.”

Was this obsession with provenance necessary? “It’s about perceived value,” Gandhi says. “This is not unusual for us, these gestural things. They make all the difference to the client’s perception of if the project was worth it.”