Precisely 15 years ago, Quentin Smith and Steve Brooks had just spent three arduous months getting to the tip of South America in an attempt to fly by helicopter from the North to the South Pole.

The previous six weeks had been spent in Chile, patiently seeking the relevant commissions to fly the Drake Passage – a hazardously windy, iceberg-ridden 550-mile body of water between the southern tip of South America and Cape Horn. The Chilean government – wisely, as it happens – advised them it was impossible to traverse.

“We were 450 miles in and there was a bang,” recalls Smith, a garlanded commercial chopper pilot. “It was a technical issue with the motor, which then went silent over one of the world’s most aggressive and remote patches of water. No one had ever survived a ditching or sinking here before, and our chances of survival were zero.

“After an hour of fighting to stay afloat on a raft, we deployed my Breitling Emergency’s coiled antenna which transmitted on the 121.5 MhZ signal. Nine and a half hours later, a rescue plane located us through fog, rain and waves… within a 600-square-mile search area!"

It’s a familiar story for over 20 other explorers, both military and civilian, all of whom had the foresight to wear an Emergency watch. First launched as far back as 1995 by most pilots’ favourite watchmaker, Breitling’s ultimate professional instrument contained the world’s smallest ‘personal locator beacon’ at the time – a device that summons search-and-rescue helicopters to whatever remote mountainside, Pacific outcrop or post-midnight Zone 6 kerbside you’ve found yourself on, via the civilian distress signal and the Cospas-Sarsat network of satellites.

But come 2009, Breitling faced a problem: Cospas-Sarsat had phased out satellite support for the 121.5MHz distress signal, in favour of the digital frequency, 406MHz, which can carry more detailed information, such as the owner of said distress beacon (handy for the authorities, should anyone decide to activate it after a few pints to impress their mates – something that has indeed happened, with the hefty fines for misuse to prove it).

It took Breitling five years, but by 2013 the watchmaker had managed it: a watch of genuinely wrist-worthy proportions containing a beacon (actually a metre-long coil of wire unravelled from the lower strap attachment) that transmits on both frequencies.

No one had ever survived a ditching or sinking here before, and our chances of survival were zero.

Breitling faced several hurdles realising the so-called Emergency II (£12,080, breitling.com), the biggest being battery life. A power source was required that, obviously, would be small enough to fit in a watch, but could still transmit on two frequencies for 24 hours in temperatures down to ­–20ºC, in compliance with Cospas-Sarsat’s criteria.

The best commercially available miniature battery dies in under 50 seconds at –20ºC, but after some intense R&D, Breitling came up with a battery so advanced it didn’t actually patent it, knowing only too well how interesting the public disclosure of its specific details would be to mobile phone companies.

The other challenge was to miniaturise a dual-frequency transmitter, where previously the smallest in circulation was the size of two cigarette packets. This dual frequency isn’t just to show off, Smith explains. 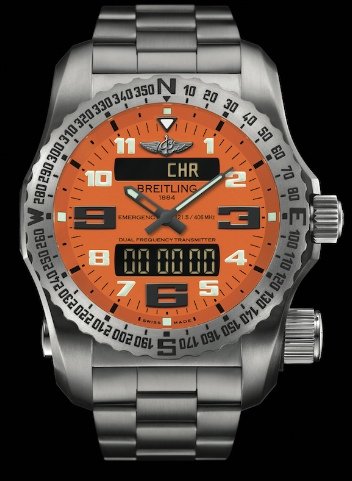 “When we ditched in 2003,” he says, “my Emergency only transmitted on a single frequency of 121.5 MHz, which meant we could be tracked but, crucially, only once the alarm had been raised via our satellite phone. Had we had the more advanced technology that’s carried by the Emergency II transmitting on 121.5 MHz (for tracking and zeroing-in) and 406MHz (which raises the initial alarm), we may have been rescued more quickly.”

But with tens of thousands of Emergencies roaming Civvy Street, where the closest to search and rescue is losing someone in Westfield during the January sales, what’s the reality of the Emergency II as your quotidian ticker?

The battery and transmitter may well have been miniaturised, but it still clocks a hefty 51mm diameter – hence the choice of titanium for the case, weighing-in at a surprisingly wearable 140g. But it does at least come with a choice of three dials – black, yellow or urgent orange – fitted either with a titanium bracelet or bang-on-trend rubber strap.

So not best suited to a French cuff. But still rather natty with a chunky knit, let alone a flightsuit and parachute. Plus, it’s one hell of a conversation starter. Especially if that conversation happens to feature you being saved from the brink of death.

Even in this day and age, you’ll find a high-end wristwatch on the arms of every explorer – a failsafe device, packing multi-functionality, surprising robustness, a tradeable commodity behind enemy lines, all with the added bonus of telling the time. Here are two more, famously worn by plucky chaps: 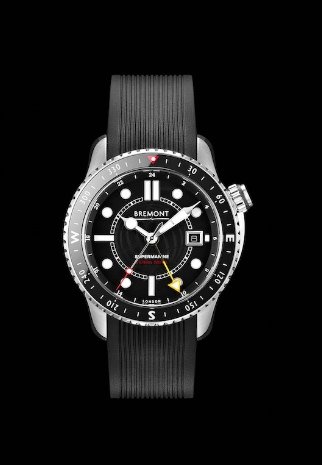 With four North Pole expeditions under his belt, Saunders is one of three people in history to ski solo to the North Pole – the youngest to do so by more than ten years – and holds the record for the longest solo Arctic journey by a Briton. On 28 December, 52 days and 1,086km into his latest TransAntarcticSolo expedition, he reached the South Pole, making him the first in the world to have skied solo to both poles. Having expected to reach the South Pole with 20 days of food remaining to see him through the final 576km, ferocious white-out conditions meant Saunders had only 13 days of food left, forcing the reluctant but prudent decision to halt and be picked up. Needless to say, his British companion, the Terra Nova GMT chronometer from Henley-based watchmaker Bremont, performed faultlessly, invaluable in determining longitude in an environment far too cold for any battery-operated device. 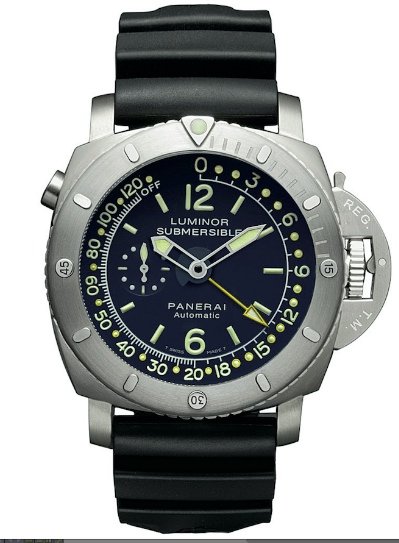 Having supported Horn on three previous expeditions, Panerai is currently aboard the South African adventurer’s latest excursion, Pole2Pole – a two-year eco-awareness circumnavigation that started in May 2016, via his yacht Pangaea and (rather confusingly) a Mercedes G-Class SUV. Rather more sedate than his equatorial trip in 2001, which involved no motorised transport, and unlikely to involve losing any more fingers to frostbite, it is nonetheless a noble undertaking for the veteran and his choice of diving watch couldn’t be more up to the challenge. Fitted with a useful time-zone function for keeping track of time back at home, it’ll also survive an overboard situation thanks to 300m water resistance.