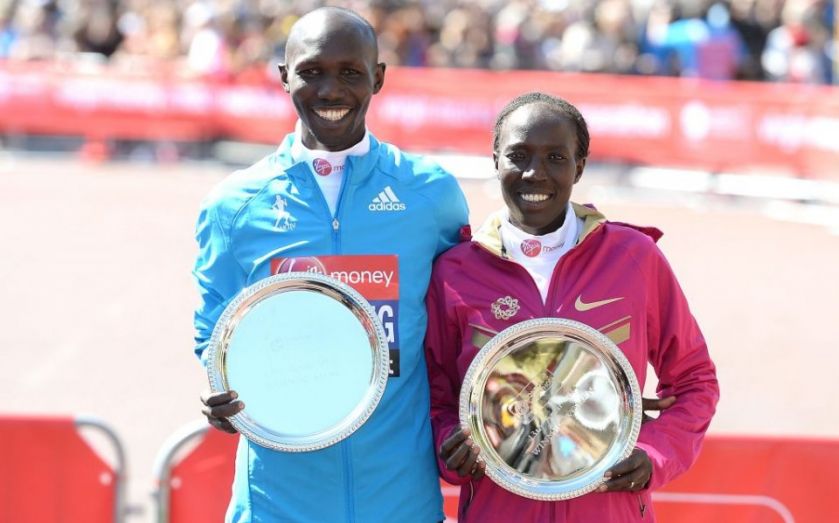 For the 35th year running, thousands of professional athletes, competitive amateurs and fundraisers in fancy dress will fill the capital's streets for the London Marathon.

The race is the most popular of its kind in the UK as each year hundreds of thousands of budding Mo Farahs apply to take part, while millions watch on TV. With an economic impact to the capital estimated to be in the hundreds of millions and $313,000 (£210,179) up for grabs in prize money it is also one of the biggest marathons in the world and a part of the "Big Six" World Marathon Majors.

Here is how London compares to the rest of the majors.

London's race is the second most popular in the world with prospective runners, receiving over 170,000 applicants every year. However, the Tokyo Marathon almost receives double that with 300,000 applications for just 35,000 places.

London may attract more applicants than New York, but the wide streets of the Big Apple can cram more sprinters between its skyscrapers. More than 50,564 runners finished the 2014 New York Marathon, making it the biggest, participation-wise, in the world.

Not bad, could do better. Although frustrated drivers in London may feel like the whole world has descended on their preferred route, all bar one of the other "Big Six" marathons had more spectators fill the streets to see the sweaty competitors in action.

We couldn't find any data for Tokyo on this one, yet with almost half the spectators seen for the New York marathon, it was unlikely to see as big an economic impact as the huge $340m (£228m) injected into the local economy for that event. The 2014 London Marathon still added a respectable £110m to the local economy – nothing to be sniffed at.

Another category in which London is dwarfed by its competitors. Around $313,000 will be distributed amongst professional competitors this weekend but the marathons in New York and Boston have closer to $1m up for grabs.

This is where we come into our own. Nowhere raises money for charitable causes quite like London (although, again, data wasn't available for Tokyo). More than £53m was raised for charity by runners in the marathon last year – far more than in any other race.