How Bloodborne dragged me through the dark days of lockdown 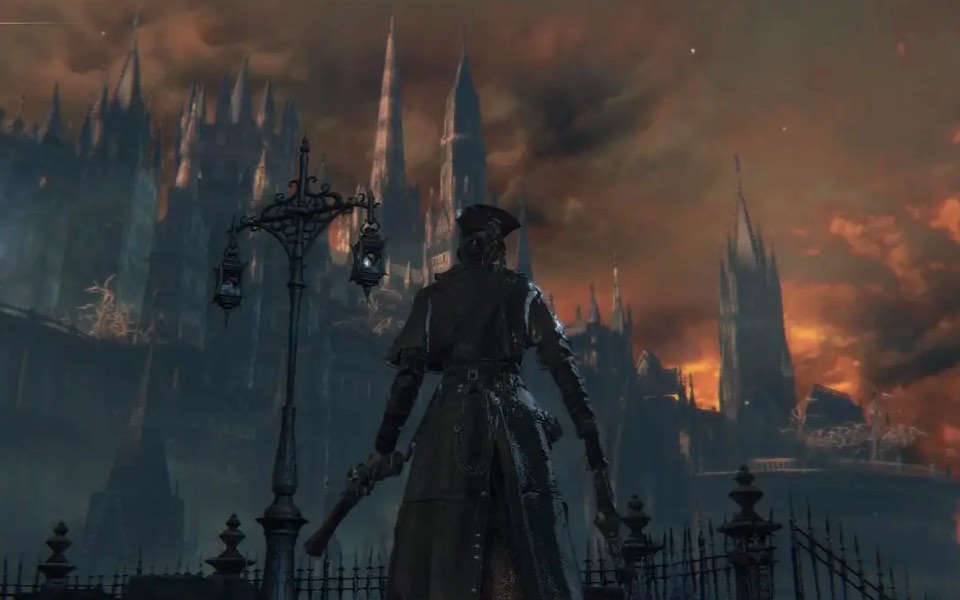 In the before-times, people like me – people in the prime of their working lives, three decades away from collecting a pension – would occasionally drift into reverie about what it might be like to retire. The books we would read, the places we would visit, the things we would create.

Somewhere, the mother of all monkey’s paws twitched.

Last April I was given a taste of early retirement in the form of furlough. “Here’s all the time in the world… but you can never leave the house!”

After the initial anxiety-tinged excitement of the situation had worn off, the now-familiar decision fatigue began to set in. I have a room full of books I haven’t read and an inability to concentrate on any of them. I’ve had the 10,000 hours it apparently takes to learn a new skill, but… which skill? French? The guitar? Carpentry?

So instead of reading a new book or learning a new skill, I booted up the PS4 to play a notoriously masochistic game I’d already completed twice before: Bloodborne.

Developed by Japanese company From Software, Bloodborne is a 2015 Victorian gothic spin on the formula laid down by Demon’s Souls and Dark Souls. It throws you into an esoteric and hostile world in which your first job is to die at the hands of a werewolf. Throughout the next 50-70 hours, you must peel back layers of folkloric and cosmic horror to try to understand what on earth is happening.

The city of Yharnam is like a nightmarish version of Prague, a place where gothic cathedrals sprout from the ruins of even older gothic cathedrals, each one a malignant architectural tumour. Every cobbled alley and cloistered vault is filled with aggressive things that exist only to see you dead. And each time the pitchfork of a bestial peasant pierces your heart, or the claws of some beast cut you down, triggering the infamous “You Died” screen to appear, you get one step closer to mastering the systems that underpin Bloodborne’s broken world.

Counterintuitively, it’s this hostility that makes Bloodborne the perfect lockdown pastime. In Yharnam, you’re either present, attuned to the warp and weft of its inhabitants, or you’re dead. Minutes turn into hours that turn into days. Enemies that once caused you to howl at From’s outrageous sadism start to buckle under the weight of muscle memory, built up over dozens of hours.

The first time I finished Bloodborne my character was an unwieldy blamange of attributes, the result of various poor decisions that the game never gives you the opportunity to remedy. I eventually beat it with the help of ghostly apparitions of other players around the world who help to sherpa newcomers through the more extreme difficulty spikes.

The second time was more planned-out, a so-called “quality build” that could eke every ounce of efficiency from Bloodborne’s oversized weapons, allowing me to finally finish it without help.

When furlough began, I created a character that could utilise some of the game’s more niche tools which, combined with my knowledge of how Yharnam ticks, allowed me to vanquish the game’s most feared bosses: the Orphan of Kos, the Defiled Watchdog, Queen Yharnam herself, buried under a dozen layers of forgotten dungeon.

Knowing the geography of Yharnam – where the shortcuts lie, which order to approach the various challenges, where the most powerful items are hidden, when it’s safe to stop and admire the gothic beauty of a vast, blood-red moon – allows you to enter a flow state, your fingers working independently of your conscious brain, your biological rhythms in tune with the game’s brutal digital challenges. It’s a game that rewards controlled aggression and you find yourself bounding towards creatures that once had you cowering in a corner. After another 50 hours, I had scaled the final summit, and Bloodborne was put away, forever this time.

Until last week. Approaching what may be the final stretch of the coronavirus nightmare, Bloodborne’s siren call went out once more. There was one last challenge that had always niggled at me: making a character that could take advantage of the most esoteric toolbox available to Bloodborne players. An “arcane build” is essentially a caster, to use DnD parlance, using Yharnam’s Lovecraftian horrors against it.

It’s a tricky way to play because to use the most powerful spells you must first put your precious experience points into an attribute that doesn’t pay off until relatively late in the game. It makes Bloodborne’s early challenges feel fresh again, and by the time the conclusion draws near, you can slice through bosses that once took hours or days to defeat. The monstrous Amygdala, a house-sized “Great One” who once halted my progress for several evenings, crumbled in mere seconds.

Tonight I embark on the final stretch. Altogether I’ve spent almost 200 hours playing this game and not one of them feels wasted. In an uncertain world, the city of Yharnam has become knowable, its challenges surmountable. The more I play it, the more I think it’s the purest expression of the From formula, one of the greatest games ever made. It may not have taken quite 10,000 hours, but perhaps I have learned a skill during lockdown after all.