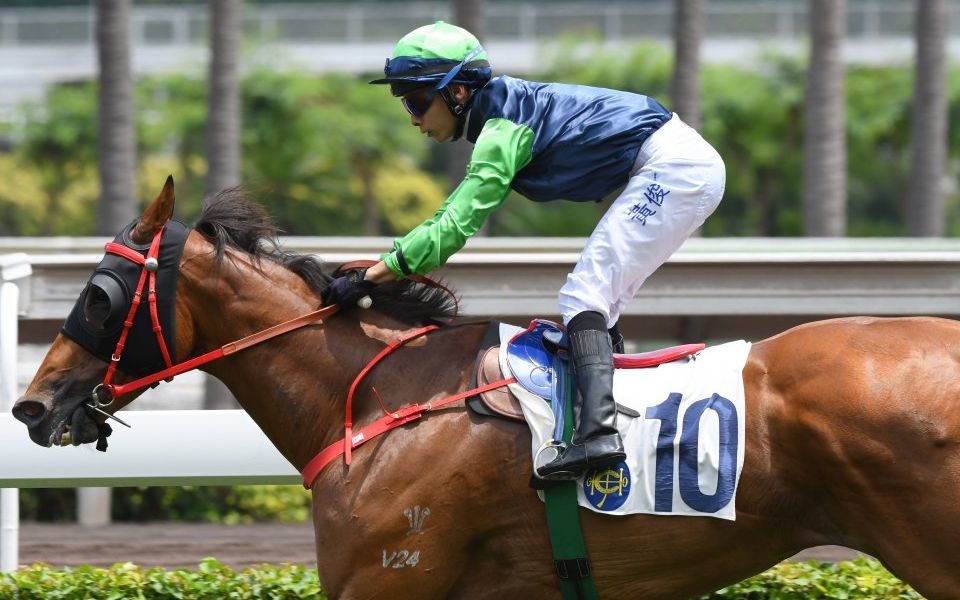 YOUNG RIDING sensation Victor Wong is capable of making the headlines again when he rides at Happy Valley this afternoon.

In only his second season in Hong Kong, the 7lb claimer, who served his apprenticeship in Australia, has taken the local racing scene by storm.

With 30 winners already to his name, highlighted by that four-timer at the Valley at the end of January, the 24- year-old is making the most of his valuable claim, with trainers queuing up for his services.

Wong has a good clock in his head, and has proved impressive when judging or dictating the pace.

His record of 17 wins and 23 places around the tight and tricky Valley circuit speaks volumes for his ability.

He has six rides booked this afternoon and the formbook suggests he won’t leave the track empty-handed.

His highlight ride looks to be FRUSTRATED who won last time out and has drawn the all-important inside stall in the 12.45pm over five furlongs.

The Frankie Lor-trained gelding, with Wong aboard, confirmed earlier promise when galloping his rivals into submission with an impressive finishing kick down the home straight a fortnight ago.

The handicapper was obviously impressed, giving the Australian-bred galloper a hefty 9lb penalty.

However, there is every reason to believe this exciting three-year-old will continue to progress further and should be racing against better company by the end of the season.

The likes of Travel Datuk, from the inform Richard Gibson stable, and Zac Purton’s mount, the improving Iron King, are both well drawn and look obvious threats.

But Frustrated will take some catching when Wong turns on the turbo.

Wong is on an interesting contender an hour earlier, when he climbs aboard WINNING CONTROLLER in the 11.45am over the extended mile trip.

This son of Choisir suffered a health issue at the end of last year, but after a three-month break, appears to have come back better and stronger.

His last couple of efforts at Sha Tin have been full of merit, working too hard in the initial stages of both events from outside draws, but still staying on strongly in the closing stages.

There are plenty of dangers in the contest, including the down-in-class Faithful Trinity and Ruletheroost who won last time out.

However, Wong’s mount is drawn for the run of the race and will go close to winning.

Wong will also fancy his chances when he is reunited with Happy Valley specialist Moment Of Power in the 2.15pm over five furlongs.

Paul O’Sullivan’s crowd pleaser is renowned for his explosive start and has already won half-a-dozen times over course and distance – although, more tellingly, never in this class.

With the likes of similarly quick starters Baltic Whisper and Little Bird in opposition, he is going to find it tough to dominate from the front.

So, as the pace is likely to be red-hot, it may pay to follow Karis Teetan’s mount SAUL’S SPECIAL, who is two from two over track and trip and will have the race set up perfectly for his strong late challenge.