Harlot: The inside story of England's most controversial new wine 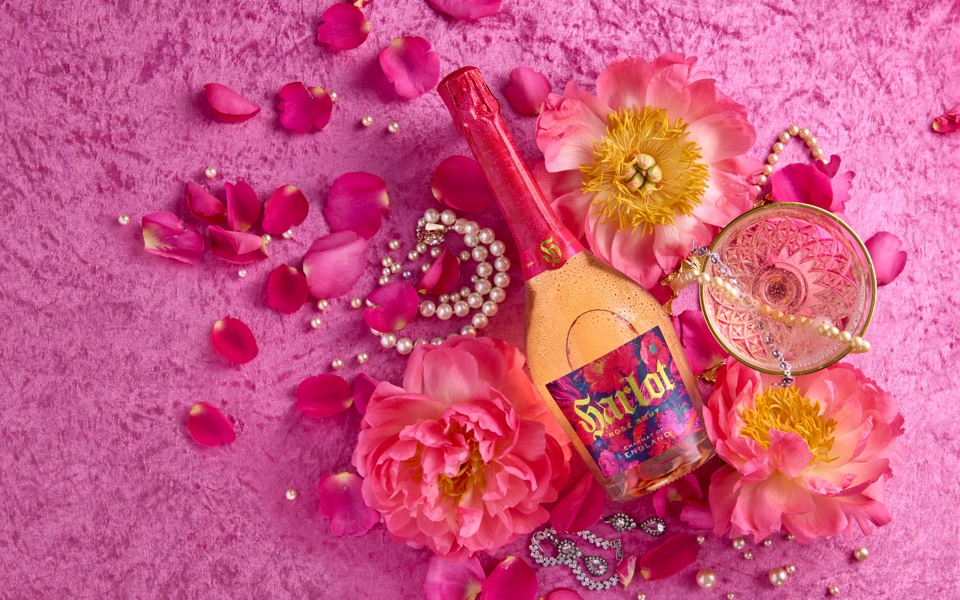 Harlot. Whatever that word brings to mind, it’s probably not an English sparkling wine recently launched by MDCV, which is causing consternation among wine circles.

Harlot’s “playful branding” involves sticking “two fingers up at the status quo” and “refus[ing] to conform”. So is this the Pussy Riot of the wine world?

Not according to those who took to social media to express their distaste. Sophia Longhi of Skin and Pulp says, “this could have been an opportunity to reclaim the word ‘Harlot’ and make it powerful and rebellious. However, one look at the imagery, which is all garish colours, pearls and fur – it clearly represents a ‘boudoir’. If they had made it with motorcycles, tattoos and leather for example that would have been reclaiming the word and making it rebellious”.

Also Read:
Two winemakers changing the world, one rosé at a time

She was far from the only naysayer. “They call themselves a rebel brand” said Hannah Milnes, founder of Bouchon Media “but naming the wine after a woman who has many sexual encounters only serves to drive the division of the sexes. We should be aiming to unify all spectrums of wine-making in Britain as well as gender equality”.

Which is exactly what Harlot does, according to Emma Clark, marketing manager of MDCV, who insists the branding “does not come from a round table of middle-aged men”. Clark points out that the English wine scene can be a little traditional and staid, but consumers are “led by attitude now and this is what the brand is all about. Boundaries are being re-defined, and the word Harlot already has a strong identity”. Clark cites the TV series Harlots as well as Fleabag and Killing Eve as popular shows re-defining and re-educating old-fashioned sexism.

“When was the last time it was even used as an insult? It is obviously tongue in cheek. An older generation might be sensitive to the name, but that is not the demographic we are targeting”.

Clark is quick to highlight that all MDCV’s vineyards are “managed organically” including “composting all organic waste, harvesting and reusing rainwater and employing a conservation manager whose job it is to protect the surrounding environment. “We are building for our future, and we believe we are finding the balance of sustainability while creating fun, premium wines too”.

So, a rose by any other name smells as sweet… But there are those who oppose the way this wine is produced, too. The Charmat method, more commonly known as the tank method, is often linked to fruitier, less expensive styles of sparkling wine and commonly used to make Prosecco, unlike the traditional method used for Champagne.

Wine journalist and judge Tom Cannavan says: “It’s rather dangerous, I think. The English wine industry is still maturing and going through a period of rapid development, with new players and new wines. It is also a time when some of the established producers are striving to move the market ‘up’, with luxury cuvees at £100 a bottle, single vineyard wines, special aged releases… All of that is predicated on English sparkling wine’s story of using the same method as Champagne, the similar climate and, in some cases, similar chalk soils.

Also Read:
Bringing these wines will make you the perfect dinner party guest

“The past 50 years has all been about preserving the prestige of English sparkling wine because it uses the expensive grapes and methods of Champagne, so to have these new wines which do not go through that labour-intensive and time-consuming process, and which inevitably will sell for half the price, has got to present a slightly confusing message to the consumer. Champagne would never allow it.

“Big Brands like Nyetimber and Gusbourne, which have already established a brand identity, probably don’t need to worry but for smaller and newer producers of traditional method wines there must be a risk of them entering the market at £35 a bottle while a new Charmat enters at £12.”

However, Clark argues that given the popularity of Prosecco in the UK, the largest international imbiber of the drink, it would be a mistake to dismiss the Charmat method. “We are passionate about what the English wine scene can do. Frankly, we know we make exceptional traditional method wines in England, but Prosecco is one of the most popular styles of wine drunk in the UK and we would love those UK Prosecco drinkers to buy premium quality British wine instead”.

Clark sees this as a natural evolution for English wine and MDCV as the pioneers, explaining that tank method wines are “no longer the poor relation”. “Over lockdown research showed that people are looking for versatility and a bit of luxury and Harlot allows that”. It can be drunk as part of a cocktail or on its own and it “allows all consumers to participate in sparkling wine as something accessible and enjoyable”. It is worth noting, though, that Harlot is still entering at a higher price than that of a supermarket Prosecco with the Brut at £15 and Rosé at £16.

Also Read:
One of the world’s finest wines is Kent’s Squerryes 2011 Brut

“That’s because these wines have been designed for on-trade, for restaurants and bars, we are just offering them exclusively online for now at certain select retailers. These are an option for people who might not usually choose English wine as it is seen as too expensive”.

Clark makes the case that this method choice is not just about price either. The grapes are all sourced from vineyards in Kent and include the champagne grapes of Chardonnay, Pinot Noir and Pinot Meunier but also the aromatic Bacchus, a grape that grows extremely well in England “and gives our wines a distinctive, floral characteristic. They are an aromatic blend” which lends itself more favourably to the Charmat method.

Milnes agrees, in principle, “Previously I have felt angry at individuals in English wine who have opposed the Charmat method. Nobody has the right to take away a person’s creative licence. But when I saw a wine called Harlot with a Burlesque-style branding I was disappointed”. Wine Science Student Jenni Middlehurst agrees: “It is amazing that new producers are pushing boundaries for English wines, but it is slightly discouraging that this has morally derogatory and sexist connotations”.

“Harlot is about fun and enjoyment” shrugs Clark “it is expressive and excellent quality wine. To start conversation and push boundaries is what it means to be an individual but not everyone can get everything they want. We are more than a name and we hope people try it and see for themselves”.

Libby Zietsman-Brodie is the Founder of Bacchus & Brodie, an independent wine consultant and co-creator and presenter of Boozy & The Beast: How To Drink Better – an irreverent series on wine, without the snobbery and can be found pairing and pouring at No.9 Supper Club. Instagram: @a_little_sip_of_me_time