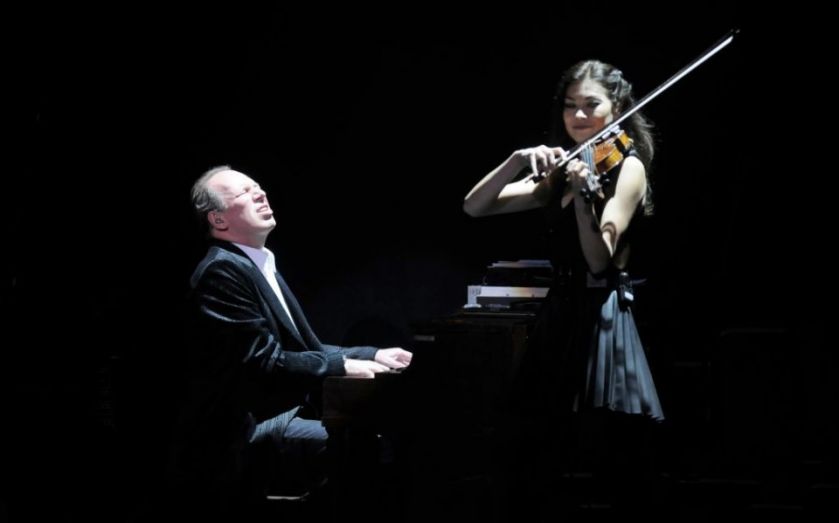 Film scores are typically there to draw the audience into the world of a movie, to guide their emotional response without acting as too much of a distraction – a delicate piano concerto over a couple’s first kiss or a soaring orchestral movement as soldiers march into battle. Few are memorable enough to hum after you’ve left the theatre. Hans Zimmer’s scores, however, don’t like playing second fiddle. As audiences piled into a cinema in upstate New York last month, a sign greeted them in the foyer. It read: “For customers seeing Interstellar, please note that all of our sound equipment is functioning properly. Christopher Nolan mixed the soundtrack with an emphasis on the music. This is how it is intended to sound.”

Zimmer’s scores tend to be more involved than your average Hollywood soundtrack. The Da Vinci Code score was based on the Fibonacci sequence and plays exactly the same forwards as it does backwards; the Circle of Life, for which he won his Academy Award, practically bookends The Lion King; and to score Marvel’s revamp of The Amazing Spiderman, he went as far as forming a band, The Magnificent Six, with R&B star Pharrell Williams and The Smiths’ guitarist Johnny Marr. And, of course, he invented “BRRRAAAAAAAAM”, the sound from Inception that lauched a thousand movie trailers.
Zimmer is Hollywood’s rock ‘n’ roll composer, the golden boy of the sound editing suite. He says he’s lost count of the number of scores he’s written over the years, but IMDB credits him with 168 film compositions. This punishing schedule means he has little time to enjoy music himself, which he says he finds “distracting” while he’s working. Maybe it’s best he stays busy, anyway; the last time he had a spare moment, in 2012, he ended up scoring the Oscars, which he describes as “truly one of my worst ideas ever. Afterwards, I was begged by everybody on my team to never, ever have that dreadful idea again. I thought the music at the Oscars could be a little more fun. So I got Pharrell in and I asked Beck to come and play. They said to me, ‘You’re trying to hijack the show.’ Which was maybe true… It was just mired in bureaucracy. To me, it was the antithesis of having fun.” 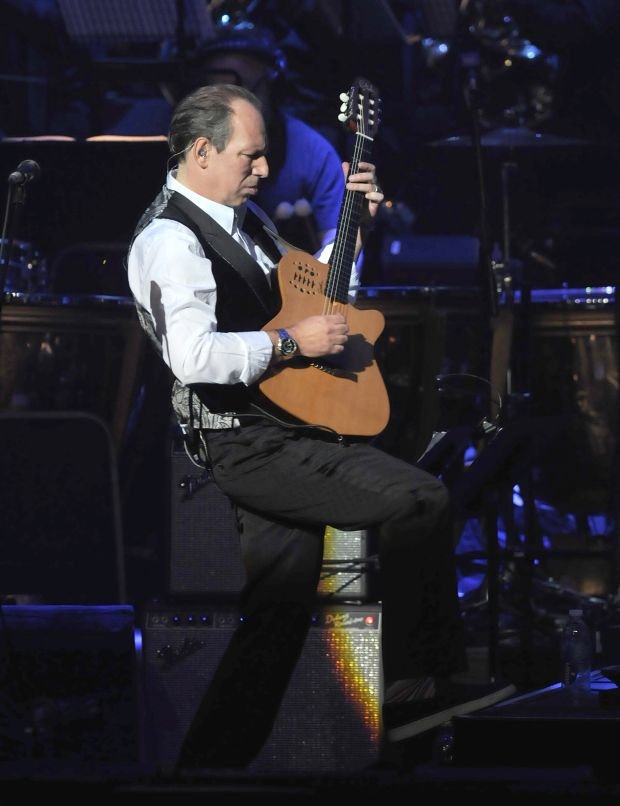 Perhaps this shouldn’t come as such a surprise from the man whose Oscar acceptance speech went: “Writing a score is much easier than this. Thank you, now let me go, OK?”
As a child growing up in Frankfurt, young Zimmer, who says he was often told off for daydreaming at school, found he could lose himself in the piano. “I’ve never had a real job in my life; I’m basically unemployable. All artists have spent their first 20 years not listening to people, not taking other people’s advice. You don’t become a musician because of other people, you become one despite them.”
In keeping with his rock ‘n’ roll reputation, Zimmer started out in bands. He played the keyboard in the first music video aired on MTV, The Buggles’ Video Killed the Radio Star. But classical music is his true love, and he thinks Hollywood is due some credit for bringing it to the masses.
“The classical music scene is always a little on life support these days,” he sighs. “All the horrible things you want to say about Hollywood – which are all true, by the way – you have to give it some credit for keeping orchestral music alive. And that is not unimportant to me. I’m not just saying this because I need to make a living, I believe that if we lose the orchestra, we lose a chunk of our humanity.”
Now, for the first time in his 30 year career, Zimmer is playing his music live as part of “Hans Zimmer Revealed”. He kicked off the tour in London at the Hammersmith Apollo, the venue where he was entranced as a teenager by David Bowie playing Ziggy Stardust.
“Always hiding behind a movie is cowardly,” he says. “Something like The Dark Knight trilogy, that was nine years of my life. Same goes for Pirates of the Caribbean. When I was putting the tour together, I would go through two phases; I hated everything and the show was exactly 90 seconds long. Or I would like everything and it would become ridiculous. I had big arguments over Gladiator. I would pick out parts that I really liked and someone would go ‘No, Hans, you’ve got to put the tune in.’”
In the end, Zimmer split the show into two halves, one representing his earlier work played by a full orchestra and choir (Crimson Tide, Gladiator, Pirates), and the second half showcasing his more experimental work using electronic instruments and synthesisers (The Amazing Spiderman and his work with Nolan).
This second half in particular cast a spell of hushed reverence over the audience. It’s in this latter work – especially his collaborations with Nolan – that Zimmer seems at his most free and playful. The Inception Horn, or the Hans Zimmer Braaaam as it has also become known, is in fact five instruments, a French horn, bassoon, trombone, tuba and timpani, all playing the same note, then digitally altered for a more startling impact. It has since become a type of cinematic shorthand for “action blockbuster”. Does he take the imitation as a compliment?

With Oscars and Despicable Me collaborator Pharrell Williams (Source: Steve Gillett of Livepix)

“No. It dilutes what we were doing. We worked really hard at refining something to a very simple essence. I don’t think people understand that I spent months getting rid of notes before it became something so simple. And then comes the knock-off version, I suppose…” To make it worse, the sound Zimmer had already created for Nolan for the Dark Knight trilogy – a variation on a two-note crescendo – was also working its way around Hollywood’s music departments in various guises.
“We didn’t know it was going to be that influential when we were doing Batman Begins but, by the time we were doing the next one, the score had lost a bit of its sheen. It had become sort of colloquial, everybody was working in a similar style. So by the time we got to the third one, it actually became quite tough because I couldn’t abandon [the score]. Usually you just go, ‘I’ll come up with a new idea.’ But if you’re working in sequels you have to be true to the original theme.”
Then, apropos of nothing, he adds: “I love Guy Ritchie because of our first conversation. He phoned me in LA and said, ‘I’m making the Sherlock Holmes movie, and every time I come to the cutting room, they’ve put the Dark Knight all over it. And I don’t like it!’ I thought, great, he doesn’t want that, he wants something new. So I said, ‘how about banjos and accordions?’ I like people like that who are fearless.”
It’s no wonder, then, that Nolan’s most recent blockbuster with Zimmer, Interstellar, has taken such a dramatic left-turn into an ethereal, chiming minimalism reminiscent of Philip Glass. The soundtrack climbed to number eight on the iTunes chart in a day, leaving the new Hunger Games soundtrack, glittering with contributions from contemporary pop stars, lagging at number 28.
Another of his favourite directors is Steve McQueen, who he worked with for the first time on last year’s Oscar-winning 12 Years a Slave. “I just plonked him in among the musicians and it was like he was part of the band. Just because he doesn’t play anything doesn’t mean he can’t contribute; Steve’s presence is enough.” He speaks about many of his directors as if they are coconspirators in the business of creating dreamworlds. But, no, don’t glamourise it, he says: the reason he loves working in Hollywood is much simpler than that. “I love writing music with great storytellers and I get to be a part of telling the greatest stories of our time. Why would I do anything else?”