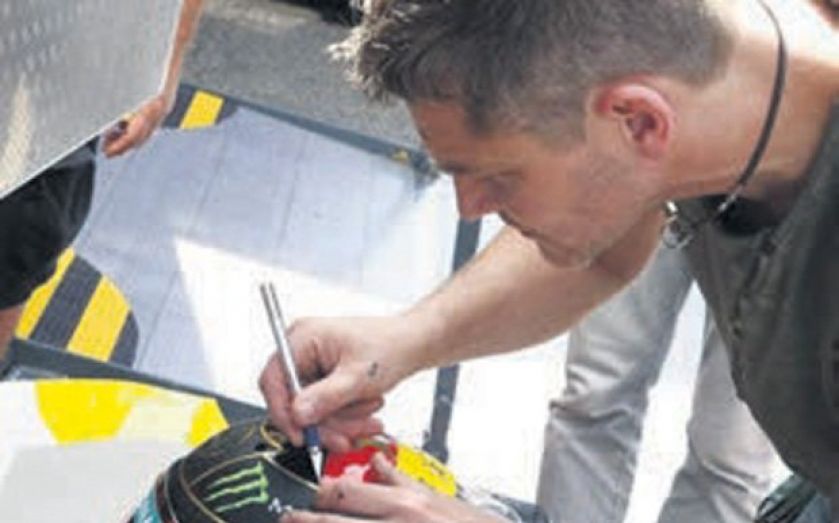 THEY are known for hurtling around tracks at breakneck speed but it looks like the superstar drivers of Formula One also know how to capture a good still life.

World champion Lewis Hamilton and rivals Jenson Button, Nico Rosberg and Kimi Raikkonen are among the big names of F1 to have taken candid photographs reflecting their lives on and off the track in aid of charity.

Patriotic Rosberg’s snap shows his race helmet being adorned with four stars to mark his beloved Germany’s 2014 World Cup win, after he revealed football chiefs Fifa banned him from using an image of the trophy itself, while Raikkonen took a portrait of his red Ferrari driving gloves and Button showed the seat of his McLaren car.

Briton Hamilton, meanwhile, offered a contemplative shot of wintry scenery near his Colorado home for the Zoom auction, which takes place at the InterContinental Park Lane in London next week in support of Great Ormond Street children’s hospital.