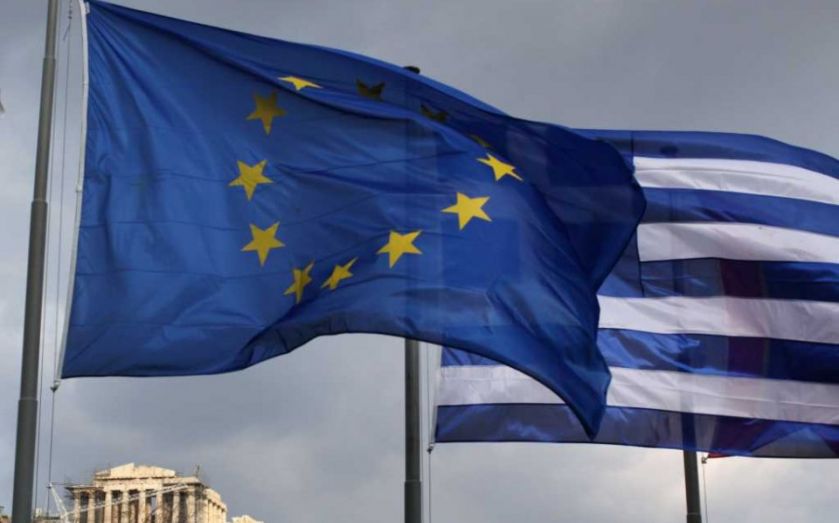 There is no legal route for Greece to remain in the EU if it leaves the euro, the President of the European Parliament has said.

In an interview with the Guardian, Martin Schulz said the Lisbon treaty stipulated that all EU members eventually join the euro:

Once you are a member of the Eurozone there is nothing legally foreseen to leave the Eurozone and to stay in the European Union.

This echoes both the “irreversible euro” rhetoric long attached to the project and comments by the Greek Central Bank yesterday:

Failure to reach an agreement would… mark the beginning of a painful course that would lead initially to a Greek default and ultimately to the country's exit from the euro area and – most likely – from the European Union.

Read more: Latest – Greece will try to bring more to the table in debt talks

Yesterday, Greece laid the responsibility for finding a solution to its financial crisis at the feet of its creditors ahead of crunch talks on Thursday. The government also said it would not be able to pay the £1.6bn (£1.2bn) it owes the IMF at the end of June.

Speaking to Reuters, one of Greece’s top negotiators, Euclid Tsakalotos, said Athens was willing to make concessions, but would not cross any of its red lines, such as cuts to pensions. He said:

There is no financing. We haven’t got access to the markets, we haven’t got money that hasn’t been paid since the summer of 2014, so obviously we won’t be able to pay that.

Today's talks are seen as the best chance for a deal, although an accord is not expected. Asked if there could be an agreement today, Greek finance minister Yanis Varoufakis said: “I do not believe so.” But he added that reaching a deal quickly is “a moral duty”.

Read more: How will a Grexit affect the euro? Analysts give their view