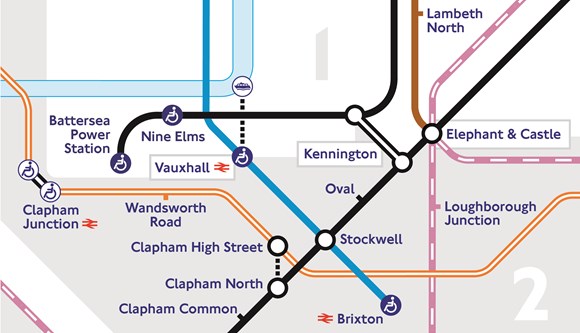 South London’s tube map is about to get a whole lot messier.

The stations will open this coming Monday as a Northern Line spur, with passengers changing at Kennington.

The two stations bring the total number of London Underground stops to a lofty 272.

It is the first major Tube extension this century and is set to anchor the raft of new development around the former power station in what was once one of London’s least trendy districts.

But like the rest of south London, the area has seen a recent revival, with young professionals flocking to Vauxhall, Stockwell, Brixton and the surrounding areas.

The first tube will leave Battersea Power Station at 5:28am on Monday morning, with six trains an hour during peak times doubling to twelve trains by the middle of next year.