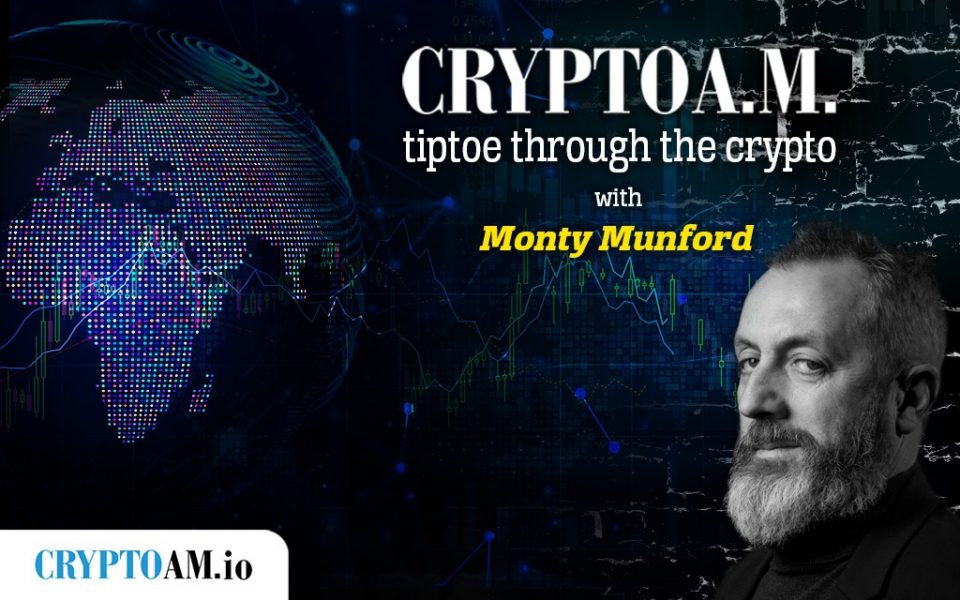 Trading in London for the past decade, on June 21st Mobsta will give all of its employees the day off as thank-you for helping it continue to operate through lockdown. And there’s a reason for it.

The 21st is the day that the UK finally escapes lockdown and it also makes business sense for Mobsta as it’s a fair bet that most people in the UK will have several drinks that day, so why not give everybody the day off?

A very sensible idea although I’d suggest the founders of the company are probably preparing for a few beers themselves. Win-win-win.

It seems incongruous writing a column about crypto and mentioning a company that has been in business for more than 10 years when crypto has only been going for a year longer than that, but there’s a reason for that as well.

In all business, innovation is central to any company’s progression and to keep coming up with new and cool ideas not just to prosper, but to survive.

And change comes faster than it used to. It is only this year that NFTs have entered the mainstream and already that current is mutating into different ‘variations’, rather like the Covid-19 virus, but in a more positive manner.

Now it appears that the NFT, blockchain and the gaming worlds are coming together, not only for lockdown, but for the New World that comes with it… until the end of time.

According to the Reality Gaming Group, NFT trading cards will be available next month to use in the upcoming game Doctor Who: Worlds Apartand it has already sold more than 200,000 Doctor Who digital trading cards.

Like a 21st Century version of classic baseball/soccer cards, the Doctor Who NFTs are digital trading cards, officially licensed from the BBC, that fans of Doctor Who and players of the upcoming Worlds Apart PC game can collect, trade and use in-game, with blockchain technology ensuring total security and transparency of ownership.

According to the company, sales of this new pack resulted in 16,500 new cards being tokenised on the blockchain as fans and investors ‘scrambled for the limited-edition content’. It has also sold 1,650 units of its latest Time Lord Presidentedition card pack in the first 15 minutes of availability – equivalent to 110 packs a minute or 1.8 a second.

“This is our second round of sales of digital collectibles for the Doctor Who game and the momentum has been astonishing. Blockchain technology allows for real ownership and that has clearly motivated an investor subset as these early market-makers are buying now with the thought of selling later for whatever price the market will bear,” said Tony Pearce, Co-Founder, Reality Gaming Group.

Personally, I would rather set fire to my nether regions than watch another episode of Doctor Who, whether that was a game or a TV show and it would be fair to say my interest peaked sometime in the 1970s when I WAS one of those kids who leapt behind the sofa whenever the Cybermen or Daleks came on screen.

However, I am not the target market and I can imagine there would be an almost infinite business model here, others would seem to agree, not least the CEO of one of London’s up-and-coming games companies, Admix.

“NFTs are providing a new revenue stream for game publishers and players. They also provide brands with a new way to engage their customers. Put together, NFTs are revolutionising in-game engagement for all parties,” said Samuel Huber, CEO Admix.

As I said before, it’s all about innovation, whether you’re a company giving every employee the day off when lockdown breaks or new-fangled NFTs giving Doctor Who fans yet another opportunity to get excited about the Daleks or whatever… maybe we should all take the day off in June. Cheers!

Monty Munford is a world-famous tech journalist and runs his own podcast https://blockspeak.ioand works with Sienna.

He WAS a keynote speaker/emcee/moderator/interviewer at prestigious events around the world until Covid destroyed his conference speaking career… until 2023. He has spoken at more than 200 global events.