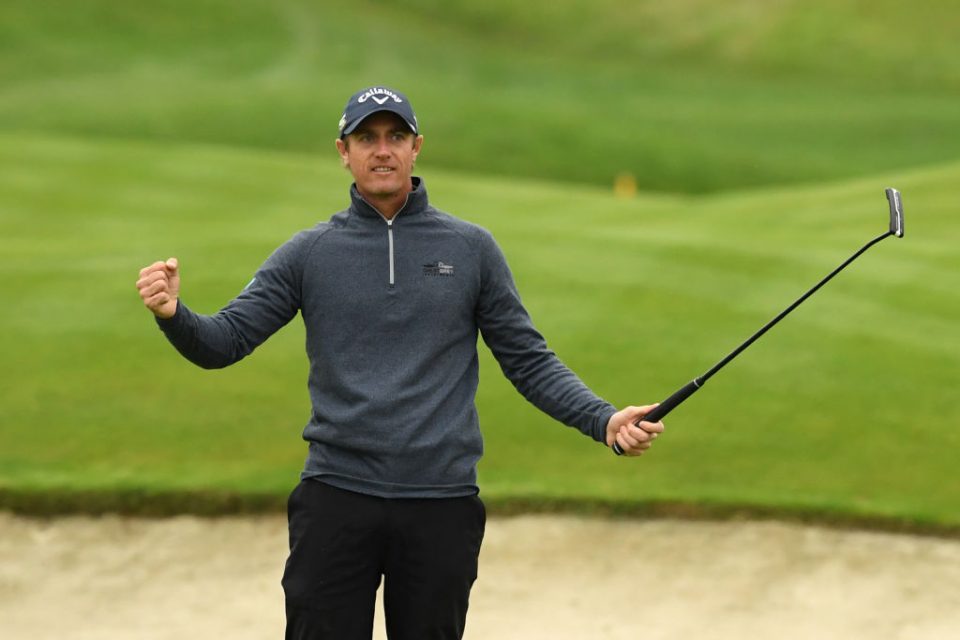 Until Sunday, Nicolas Colsaerts had not won anywhere for seven years, since beating Graeme McDowell to win the Volvo Match Play Championship in May 2012.

A few months later the Belgian would make his Ryder Cup debut, holing eight birdies and an eagle in an amazing fourball in the week that Europe pulled off the Miracle at Medinah.

His subsequent drought meant he arrived in Paris last week as world No424, but he is back in the winner’s circle at last after a fantastic triumph at the Open de France.

Colsaerts led by three overnight and went five ahead before the turn but had to come through a turbulent back nine in which he, Joachim B Hansen and George Coetzee all held the upper hand at various points.

The key moment came at the par five 14th, where he chipped in a very difficult eagle chance. It was an exquisite shot, especially for someone whose chipping has received some criticism in the past.

He ran into trouble with a double bogey at the next but closed with three pars – including a very courageous effort at 18, one of golf’s toughest finishes – and that proved to be enough.

This win alleviates any concerns Colsaerts had about losing his European Tour card, which was in doubt.

It is tough out there and even great golfers can find it difficult to keep the titles coming – and in some cases to retain their playing privileges.

Victory in France will transform his life again and could be the lift that he needs to return to the heights of a few years ago.

He is a prodigious hitter and a beautiful putter. Now he is resurgent, let’s see where it takes him.

Then there is the Ryder Cup. Colsaerts hasn’t made the European team since 2012 and, while next year’s contest is still a long way off, he has made a fabulous start to qualifying.

It will help his Ryder Cup hopes that he is down to play in the next big-money Rolex Series event, the Turkish Airlines Open, and back in with a chance of making the season-ending DP World Tour Championship.

Last year’s Challenge Tour No1 Hansen, meanwhile, continued the good form that has secured his place on the tour for another year.

The Dane made four birdies in six holes after the turn to go in front at Le Golf National before a double bogey at 17 messed up his chances.

He will take the positives from the week, though, and his next step will surely be to win a first European Tour tournament.

One man who is no stranger to winning is Justin Thomas, who was back in familiar territory in many senses at the CJ Cup on Sunday.

Thomas held off Danny Lee to win the event in South Korea for a second time and make it 10 PGA Tour victories in three years – a record that not even Dustin Johnson or Brooks Koepka can match.

The American is back up to fourth in the world and the 2017 US PGA champion is not going anywhere.

Thomas is really, really good, still only 26 and will be challenging for more Majors next year.

Ian Poulter interview: Englishman confident the Italian Open can spark a strong end to the season